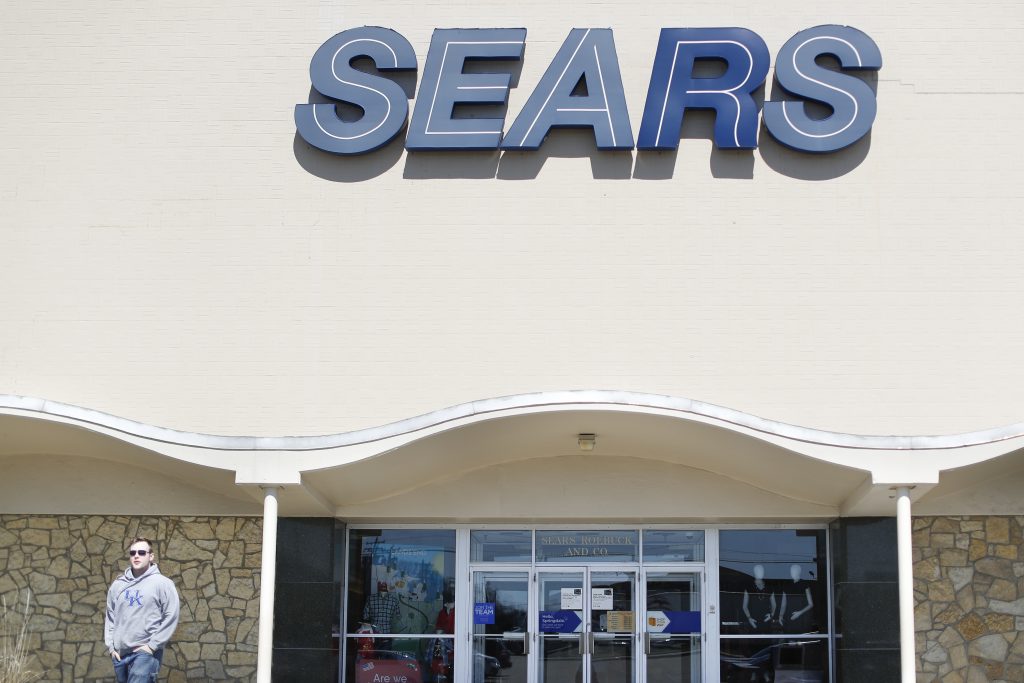 A combined 60,600 retail job losses over the past two months have had less to do with the health of U.S. consumer spending than with changes in buying habits. In the age of Amazon, traditional stores, from J.C. Penney to Macy’s, have accelerated store closures and are experimenting with the use of fewer employees to staff the remaining stores.

The industry has also been bruised by a string of bankruptcy filings, most recently from Payless ShoeSource. The company announced this week that it was closing nearly 400 stores, nearly 10 percent of its fleet.

The job cuts in the retail industry, unwelcome as they are, are still a relatively minor burden for the overall U.S. economy. But for Americans seeking a foothold in the job market, the pullback represents a painful obstacle. Retail accounts for nearly one-third of first-time jobs in the United States, so a retrenchment by the industry’s employers can block access to the job market for many.

As shopping on the web has expanded, retail jobs have represented a declining share of the labor market. They now account for 10.9 percent of jobs, compared with 11.6 percent in 2000, says Michael Niemira, principal of The Retail Economist, a research firm. And experts expect more store closings — and job losses — in coming months.

“It’s principally about the impact of online shopping and how consumers are shopping differently than ever before,” Niemira said. “It’s harder for the industry to consistently do well and make money.”

Take Fernando Ramirez, a 19-year-old restaurant server and college student, who was looking Friday to buy some sweaters at a Kohl’s in Tustin, California. Ramirez said he stops at a department store or mall once or twice a week to see what’s available. But most of his buying is done on the web.

“It’s mostly to browse and see what they have,” said Ramirez, who lives in Tustin, Calif. “I do more of my purchasing online now.”

The two-month contraction in retail jobs — 30,900 lost in February and 29,700 in March — marked the largest two-month decline since December 2009, when the industry shed 62,200 jobs. That month’s loss had signaled the end of a prolonged decline in the industry resulting from the Great Recession.

The retail industry losses for February and March were contained in Friday’s U.S. jobs report from the government. The report offered an overall mixed message: Hiring in the United States dropped to its weakest pace in nearly a year, but the unemployment rate managed to reach its lowest level in nearly a decade.

Nor are wages keeping pace. Average hourly earnings for retail employees, including managers, has inched up just 1.1 percent over the past year, compared with a 2.7 percent average increase for all U.S. workers.

The struggles of many traditional retailers can be traced most of all to Amazon and other online retailers. Amazon’s Prime membership program, costing $99 a year, has been a juggernaut, with services like streaming music and video that have created fierce loyalty. Analysts say Amazon Prime members disproportionately buy more and spend more.

In the process, Amazon has redefined the standards for its rival retailers. They now feel more pressure to limit costs while expanding services and offers for shoppers, from free shipping to non-stop discounting, which take a toll on profit margins.

It’s hardly just Amazon. One online-only retailer, sells an array of pet supplies beyond what’s generally available in physical stores, including high-end organic pet food. The fast-growing company plans to add about 3,200 jobs this year, raising its head count to 6,900.

Though traditional retailers are expanding their own online presences, those operations require far fewer workers. The labor involved in selling an item online through a distribution center can be 50 percent less than if it were sold in a store, estimates Pete Madden, a director at AlixPartners, LLP, a consultancy.

Ken Perkins, president of Retail Metrics LLC, a research firm, says he expects earnings for the first quarter for the 113 retailers he tracks to drop 6.8 percent. That would be the worst quarterly performance since 2013.

Stores are also increasingly adopting technology that reduces the need for employees, like shopping kiosks and iPads where shoppers can buy online while in a store. And some traditional stores like Macy’s are testing self-service in some of their shoe departments.

In the restaurant industry, executives have touted the benefits of automation for customers. Ordering kiosks, for instance, can help speed up lines and improve order accuracy. Though it’s still early, chains including McDonald’s and Panera have introduced ordering screens in some stores. And some sit-down chains have introduced table-top ordering tablets.

One of the hard realities of the new shopping era is evident at the Richmond Town Center outside of Cleveland, where the number of employees working at stores appeared to exceed the slim number of shoppers on a cold spring afternoon Friday. Two of the mall’s three anchors— Sears and Macy’s — have closed in the past year. The third, J.C. Penney, is slated to close in June.

Tiffany Fulton was cutting through J.C. Penney to get a new battery for a watch. She doesn’t shop at the mall regularly, she said, and her buying habits, especially for clothes, involve stocking up “every blue moon” and then not shopping again for six months or even a year.

She said she goes to the mall every once in a while for some “retail therapy.”

“If I need to feel better, I might stop by,” Fulton said.