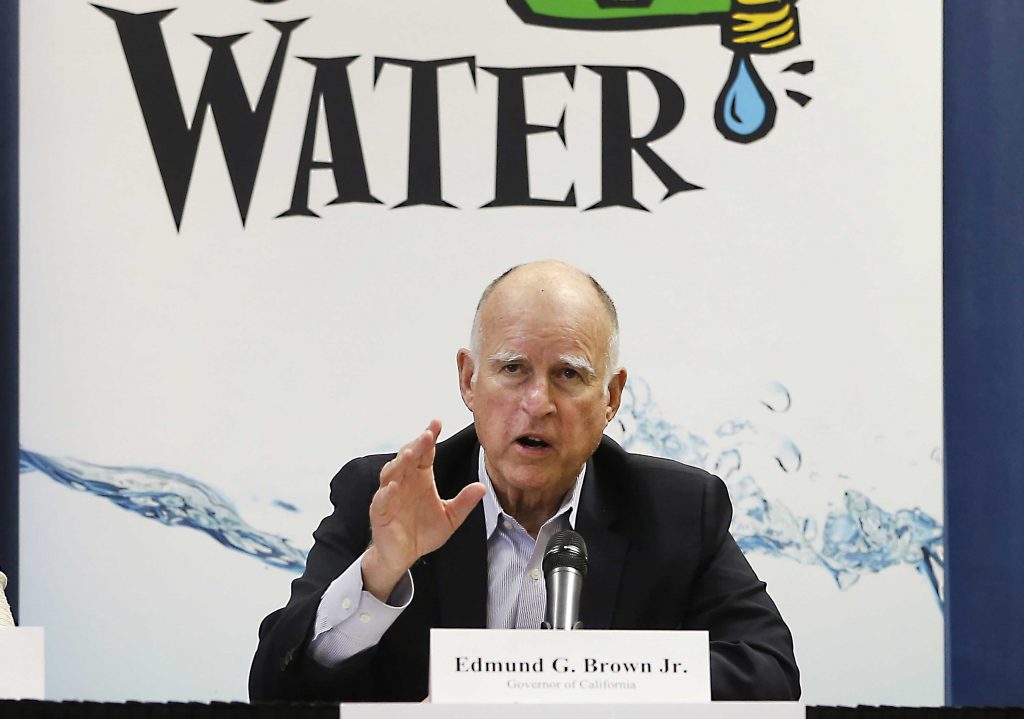 Thirsty California lawns faded to brown from a lack of water in four extraordinarily dry years have revived to bright green in neighborhoods across the state.

Dry riverbeds of sand and tumbleweeds that snake their way through farmers’ fields now charge with water swelling up their banks.

Scenes like these and many others prompted California Gov. Jerry Brown on Friday to declare an end to the state’s drought emergency that had drained reservoirs and wells, devastated forests and farmland and forced millions of people to slash their water use.

The turnaround has been stark. After years of brown fields and cracked earth, monster storms blanketed California’s Sierra Nevada Mountains this winter with deep snow that flows into the network of rivers and streams that supply much of the state’s water.

Still, lifting the emergency drought order is a largely symbolic measure that doesn’t remove most of the restrictions. Officials insisted they’re holding onto some conservation rules for the 40 million residents of the nation’s most populous state.

“Water may appear to be in abundance right now,” said Kate Poole, director of the Natural Resources Defense Council. “But even after this unusually wet season, there won’t be enough water to satisfy all the demands of agriculture, business and cities, without draining our rivers and groundwater basins below sustainable levels.”

At the drought’s peak, citizens were urged to cut shower times and outdoor watering. Homeowners let lawns turn brown or ripped them out altogether and replaced them with desert-like landscaping.

The drought strained native fish that migrate up rivers, killed more than 100 million trees, and forced farmers in the nation’s leading agricultural state to rely heavily on groundwater, causing the ground to sink. Some growers tore out orchards.

Brown declared the emergency in 2014, and officials later ordered mandatory conservation for the first time in state history.

Even now, the governor has kept the drought emergency in place for four counties, most of them at the state’s farming heartland, where emergency drinking water projects will continue to help address diminished groundwater supplies.

More than 900 families mostly in Tulare County, a farming powerhouse in the San Joaquin Valley, are struggling even to find drinking water after their wells dried up and have to turn to charities for bottled water or tanks for their yards.

In the inland region of Southern California east of Los Angeles, streams and groundwater basins are still at historically low levels, and rainfall has been below average for nearly two decades. It would take the equivalent of three consecutive years of above-average precipitation to refill the basins.

The rest of the state shouldn’t forget water-saving strategies either. Cities and water districts throughout the state will be required to continue reporting their water use each month, said the governor’s order, which also bans wasteful practices, such as hosing off sidewalks and running sprinklers when it rains.

Water conservation will become a way of life in the state, said Felicia Marcus, chairwoman of the State Water Resources Control Board, who led conservation planning.

“This drought has been one for the record books, but it won’t be our last or longest,” said Marcus. “It’s a wakeup call and we can’t hit the snooze button.”

Even Brown was circumspect in his dramatic announcement: “This drought emergency is over, but the next drought could be around the corner.”