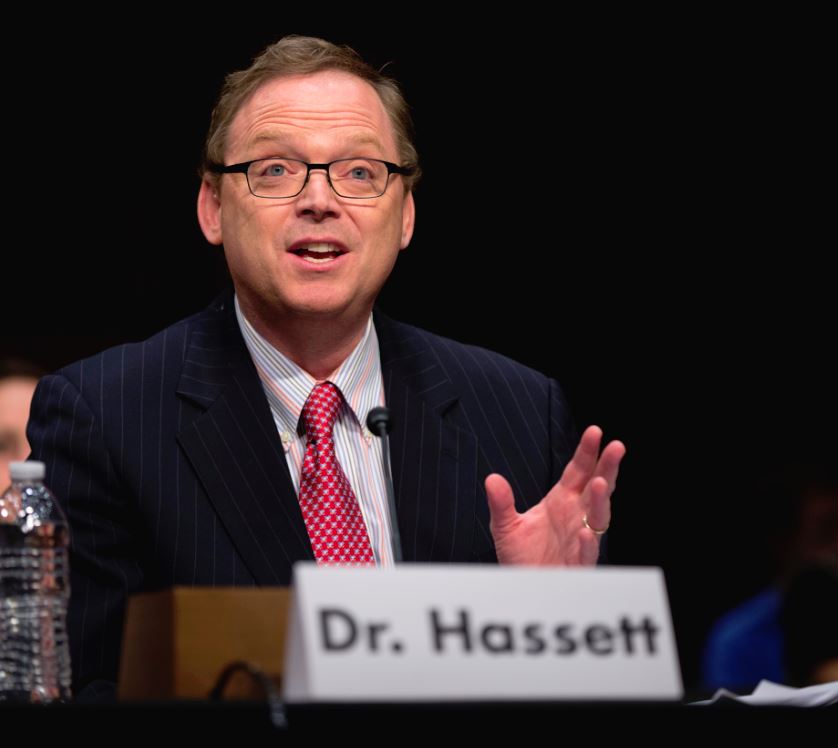 President Donald Trump chose Kevin Hassett, an economics adviser to past Republican presidential candidates, on Friday to be chair of the White House Council of Economic Advisers. Hassett will play a critical role in analyzing the performance of the economy and the impact of policy changes.

Hassett is the research director for domestic policy at the American Enterprise Institute, a conservative think tank that he joined in 1997. He has provided economic advice to the presidential campaigns of John McCain, George W. Bush and Mitt Romney. With a doctorate in economics from the University of Pennsylvania, Hassett has worked as a senior economist at the Federal Reserve and taught at Columbia University’s business school.

“He is serious about substance, committed to dialogue, and knows how to navigate D.C.,” Furman wrote.

Not all of Hassett’s analysis has been prescient. He has faced criticism for co-writing the 1999 book, “Dow 36,000,”which predicted a rising stock market shortly before the tech bubble burst and the Dow Jones industrial average tumbled.

The CEA has routinely been filled by leading academic economists and was among the most prominent vacant posts during the early months of the Trump presidency.

Formed in 1946, the CEA is responsible for giving the president economic guidance on domestic and international policy. The post has also been a launching pad for leading monetary policy at the Fed. Previous CEA chairs— Janet Yellen, Ben Bernanke and Alan Greenspan — have served as the past three Fed chairs.