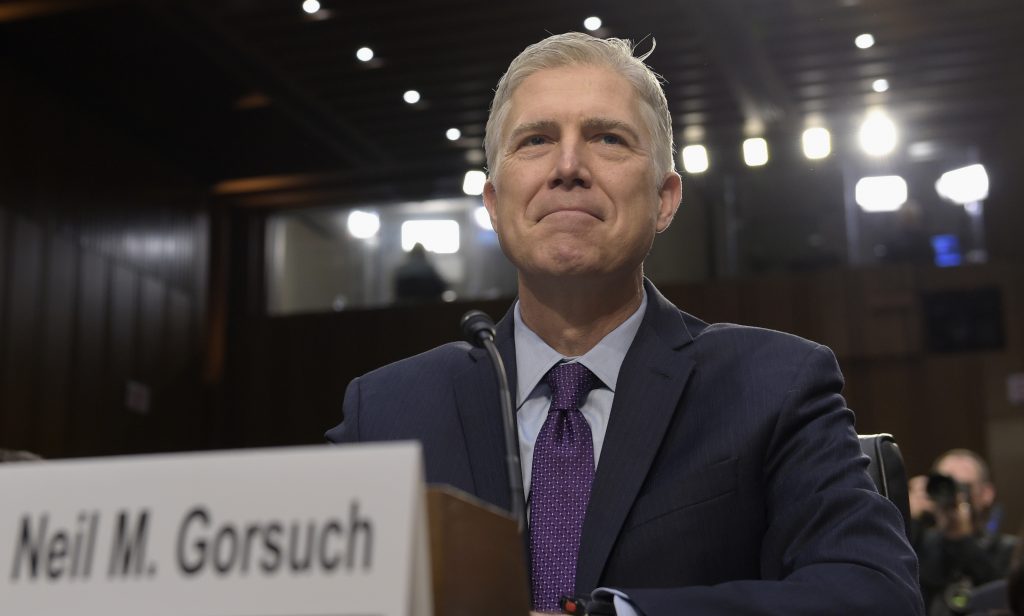 The Senate, which last year refused to consider Democratic former President Barack Obama’s nominee to the Court, voted 54-45 to approve Republican Trump’s pick to the lifetime job. Three Democrats joined all Republicans in voting for Gorsuch.

The confirmation of the conservative Gorsuch ends the longest Supreme Court vacancy since 1862, during the Civil War, with the Court down a justice for almost 14 months since long-serving conservative Justice Antonin Scalia died on Feb. 13, 2016. The confirmation means that the ideological balance of the Court – four conservatives, four liberals, and right-of-center Anthony Kennedy – is maintained.

“He’s going to make an incredible addition to the court,” Senate Majority Leader Mitch McConnell said on the Senate floor.

McConnell said that Gorsuch, who also worked in the Justice Department under Republican former President George W. Bush and is the son of the first woman to head the Environmental Protection Agency, has “sterling credentials, an excellent record and an ideal judicial temperament.”

Illustrating the importance of the moment, Vice President Mike Pence served as the Senate’s presiding officer during the vote.

Republicans, possessing a 52-48 Senate majority, on Thursday overcame a ferocious Democratic effort to block a confirmation vote by resorting to a rule change known as the “nuclear option.”

Senate Democratic leader Chuck Schumer, who led the opposition to Gorsuch, said he hopes the judge would heed concerns that the court is “increasingly drifting towards becoming a more pro-corporate court that favors employers, corporations and special interests over working America.”

Gorsuch was the youngest Supreme Court nominee since Republican President George H.W. Bush in 1991 picked Clarence Thomas, who was 43 at the time. Gorsuch could be expected to serve for decades, while Trump could make further appointments to the Court to make it even more solidly conservative, as three of the sitting justices are 78 or older.