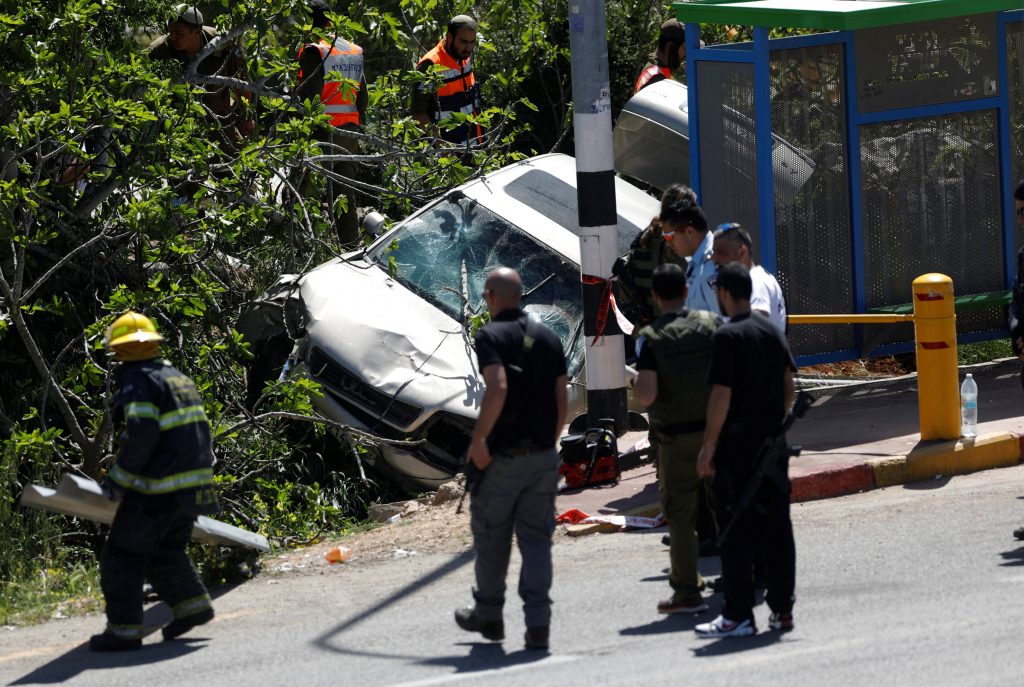 An Israeli soldier  has succumbed to injuries he received when a car ran into him while he was standing on the sidewalk at Ofra Junction on Route 60, in the Binyamin region.

The victim was named as Sgt. Elchai Teharlev, 20, from Talmon. Sgt. Teharlev, Hy”d, was a member of the Golani Brigade. He was promoted posthumously from corporal to sergeant.  His levayah will take place at Har Herzl military cemetery on Thursday evening.

Another solder, 19, suffered light leg sounds in the incident, according to Magen David Adom. He was taken to Hadassah Hospital Mount Scopus.

The driver of the car was arrested by Israeli army forces at the scene. He was later identified in Palestinian media as Malek Ahmad Mousa Hamed, 21, from the nearby town of Silwad. Israeli forces have questioned his family in his home. They said that the attack was politically motivated. Hamed spent four months in jail in Israel previously, when he was caught climbing the fence of the village of Adam.

According to witness accounts, Hamed drove the vehicle toward a group of soldiers standing near the bus stop.  B’chasdei Hashem, the bus stop had security poles installed after a previous ramming attack, which prevented further casualties on this occasion.