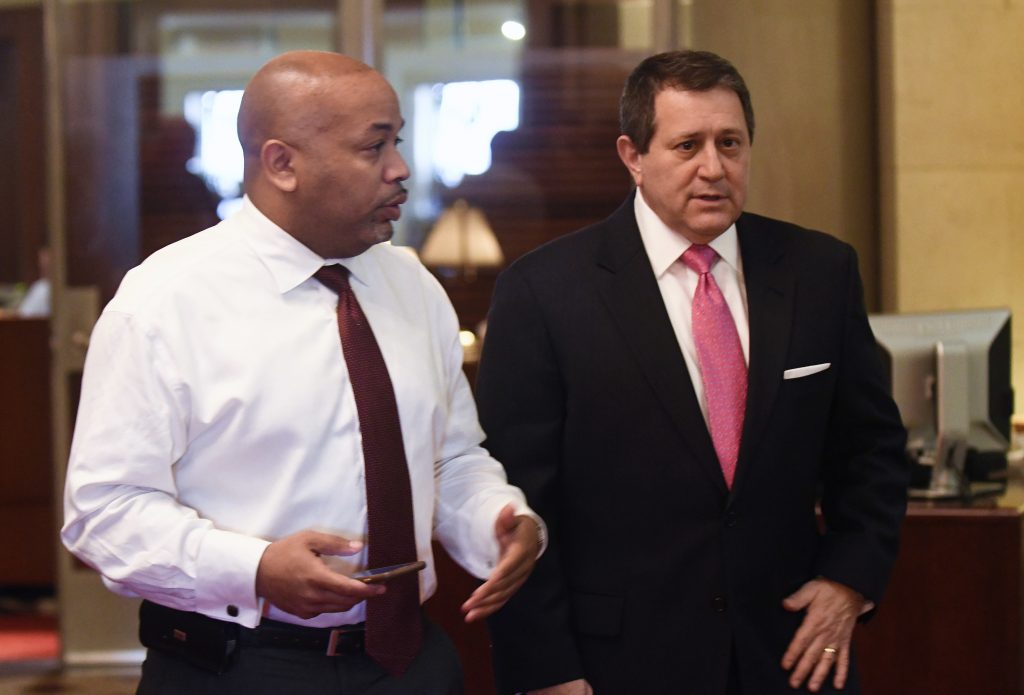 Members of the Senate and Assembly insist they were close to an agreement and hoped to pass a budget this week after blowing past a Saturday deadline. Those hopes eroded Wednesday night after the Democratic governor summoned reporters to his office to say that while he would continue to negotiate, there was no final agreement. Less than an hour later the Senate walked out.

On Monday, at Cuomo’s insistence, lawmakers passed a two-month budget extension to ensure vital government functions continued until a final budget deal was approved. Cuomo said the extension, which also included funds for several big transportation and economic development projects, would give lawmakers time to reach a good deal.

“No one wants to be in a position where the budget is late,” Cuomo told reporters. “…I am doing the best I can to bring them to closure. But I also know they have very strong opinions on both sides.”

Major sticking points included education spending and an affordable housing tax credit for New York City developers. Another dispute centered on a Democratic proposal to raise the age of adult criminal responsibility from 16 to 18.

Lawmakers won’t get paid until a budget is passed.

The failure to reach a deal is a defeat for legislative leaders and Cuomo, a possible White House contender in 2020 who touted a string of on-time budgets early in his tenure as proof that Albany had ended its tradition of dysfunction.

“We’re supposed to be moving toward conclusion of a budget,” he said. “It’s now April 5, for the first time this morning the governor’s office raised the issue of [funding for indigent] legal defense. … We can’t continue to close something down if you keep raising new issues.”

Frustrated Democrats in the Assembly were more pointed.

“There’s bipartisan agreement that the governor is the problem and has subtly sabotaged the negotiations,” said Assemblyman Tom Abinanti (D-Westchester County).

As late as Wednesday evening, lawmakers said they were close to resolution, and both chambers had begun voting on budget bills.

“Sometimes it feels like we get to the five-yard line and then we get pushed back a little bit,” Sen. Rich Funke, a Rochester-area Republican said Wednesday before the deal fell apart. “We’re close. We’re very close. We need to get it wrapped up tonight.”

Several key provisions are largely agreed upon, including greater college tuition assistance, an increase of $1 billion for education spending and $2.5 billion for upgrades to the state’s water infrastructure.

The budget also would allow Uber and Lyft to expand into upstate cities like Buffalo, Rochester, Syracuse and Albany. The two app-based ride-hailing services are now limited to the New York City area

Republican Senate Leader John Flanagan of Long Island said he would call the Senate back into session when a deal is reached. Members of the Assembly said they would return Thursday in hopes of reviving the talks, though they may have little to do with the Senate adjourned.

The full Legislature is next scheduled to convene April 24.