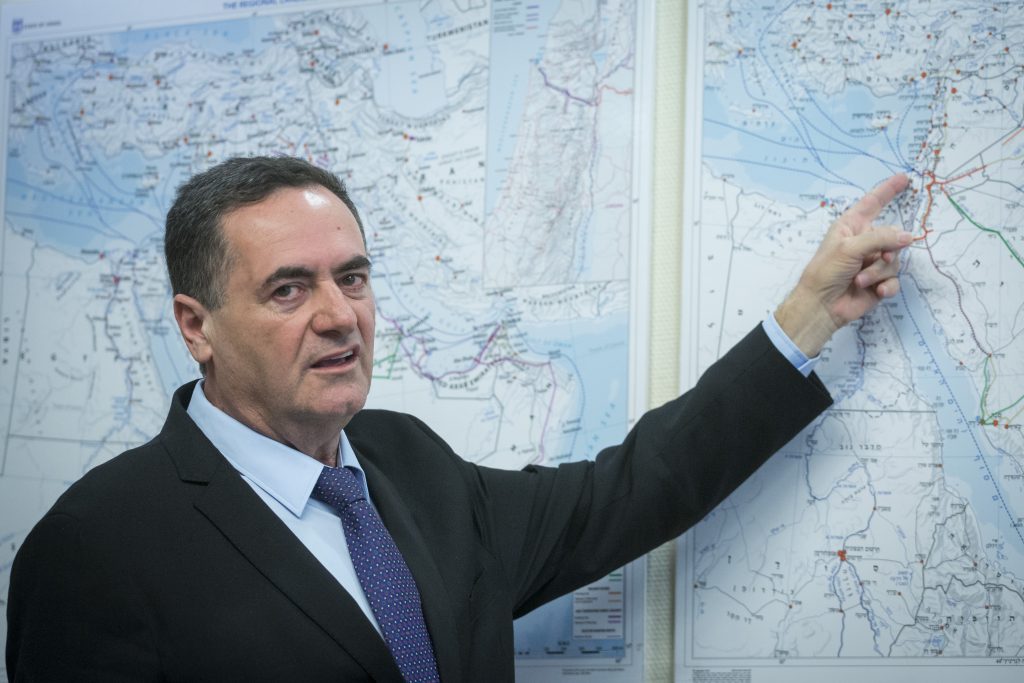 Under the proposal, goods could travel by rail from Israel’s Mediterranean port of Haifa through Jordan to Saudi Arabia’s Gulf port of Dammam via Jordan.

Katz, who also serves as Israel’s intelligence minister, declined at a news conference to say whether any Arab states had agreed to join his initiative.

After Syria’s civil war began in 2011, Israel opened its Haifa port as a conduit for goods coming from Turkey and Europe to be trucked to Arab countries further east, but traffic has been limited due to small capacity and political opposition.

A railway connection would formalize links across tense borders. Israel has peace treaties with Egypt and Jordan, but not with Saudi Arabia.

“I have already started working … I am in touch with very senior elements in the U.S. administration,” said Katz, who has said he intends to eventually succeed Netanyahu as Likud leader.

Katz said he did not believe a rail route would make a serious dent in the high volume of commercial traffic through Egypt’s Suez canal linking the Mediterranean to the Red Sea.

Israel has spoken in recent years of the possibility of a “new horizon” with Sunni Arab states in the region, including Saudi Arabia, Egypt, Jordan and the Gulf.

In part the goal of closer ties would be to act as a bulwark against Iran’s spreading influence in the region, but there is also the possibility of increased trade and business, including with countries that may not officially recognize Israel, like Saudi Arabia.

Katz said only a short length of track was needed to link Israel and the Shomron region near a Jordan River crossing with Jordan.

“If the Palestinians connect to a railway system, the entire area will get a significant economic boost,” he said.

Jordanian officials were not immediately available for comment on the proposal.

Katz, who has held the transportation portfolio under Netanyahu since 2009, has also proposed building an island off the coast of the Hamas-run Gaza Strip that would house an airport and sea port to serve the Palestinians.