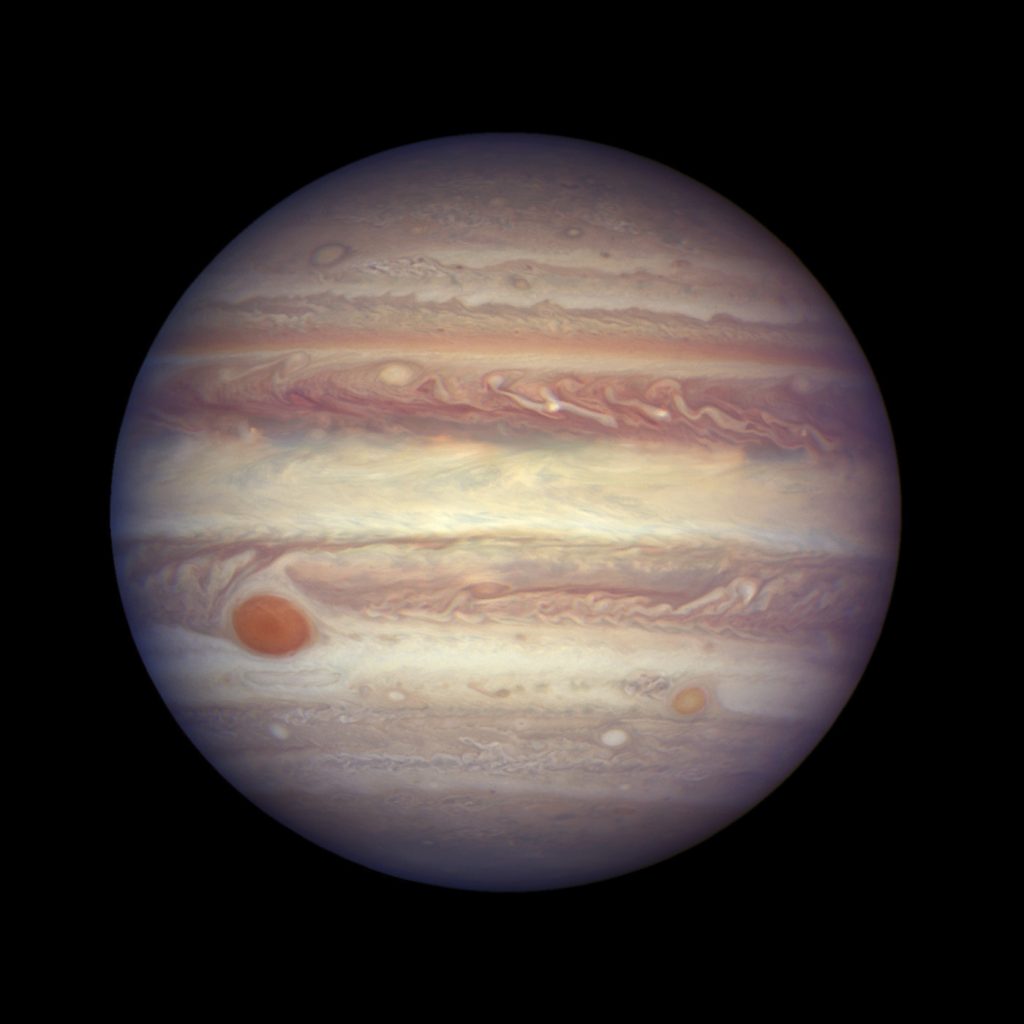 Jupiter is extra close and extra bright this week, and that means some amazing, new close-ups.

The Hubble Space Telescope zoomed in on the solar system giant Monday, and NASA released the pictures Thursday. Jupiter was a relatively close 415 million miles away.

The planet’s Great Red Spot is especially vivid. It’s a storm big enough to swallow Earth, but is mysteriously shrinking. Hubble’s ongoing observations may help explain why. Also visible in the photos is Red Spot Jr.

On Friday, Jupiter will be in opposition. That’s when Jupiter, Earth and the sun all line up, with Earth in the middle. Jupiter will appear brighter than usual — the brightest all year. Stargazers won’t want to miss it.