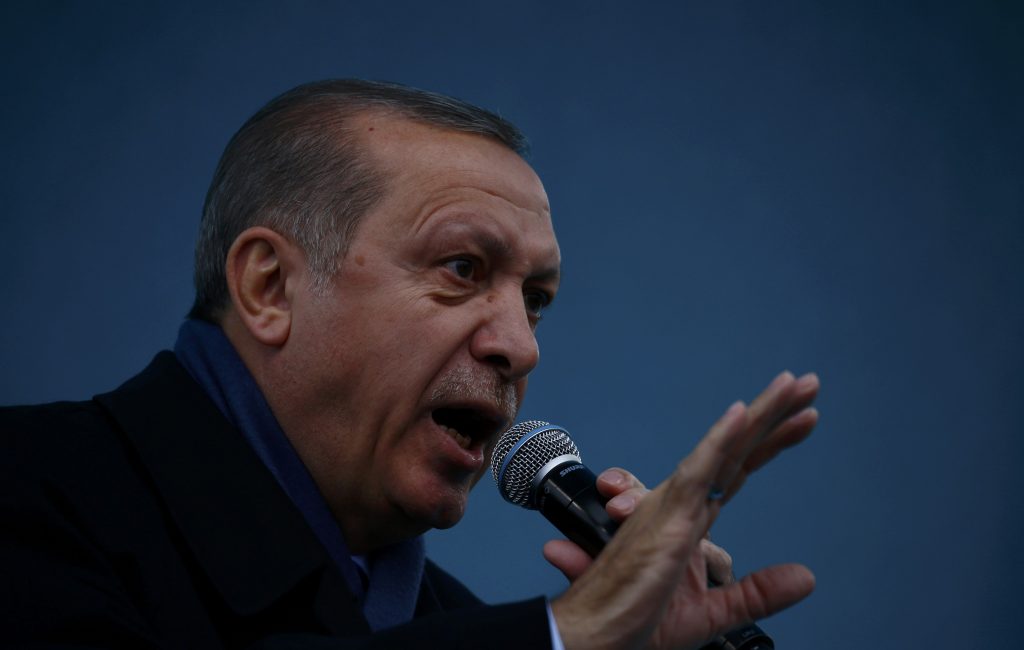 Dozens of Dutch citizens of Turkish descent, many linked to the opposition Gulen movement, are being prevented from leaving Turkey, a Dutch foreign ministry spokeswoman said on Thursday, confirming an earlier media report.

Turkish president Tayyip Erdogan has led a crackdown on people suspected of involvement with the movement led by exiled cleric Fethullah Gulen, which he blames for last year’s failed military coup.

Public broadcaster NOS said as many as 100 Dutch citizens were unable to leave the country, but the spokeswoman said precise numbers were difficult to obtain since the ministry knew only of those who had sought consular help. “The reasons why they have been detained are very diverse, but it looks like some of them may be connected to the Gulen movement,” the spokeswoman said, adding that all those they were aware of were Turkish-Dutch dual citizens.

Turkey votes next week in a referendum on giving Erdogan, who has run the country through over a decade of strong economic growth, the sweeping new powers he says he needs to restore order after the coup. The votes of Turkish expatriates in western Europe could play an important role.

The country’s economy, already under strain from floods of refugees, war on its south-east frontier with Syria and an ever-present militant threat, stands to be seriously harmed if diaspora communities’ fear of detention cuts tourism further.

Relations between Turkey and the European Union have grown fraught since the signing of a deal under which Ankara helped stem the flood of Syrian war refugees in return for European financial assistance. Many have criticized Europe’s engagement with a government accused of authoritarianism.

“We are prepared to help people who actively seek assistance,” the Dutch foreign ministry said in a statement, adding that Turkish authorities had been informed.

“It appears that other countries’ citizens are having similar problems in Turkey.”

Other European countries, including Austria and Switzerland, have also seen citizens of Turkish descent prevented from leaving the country.