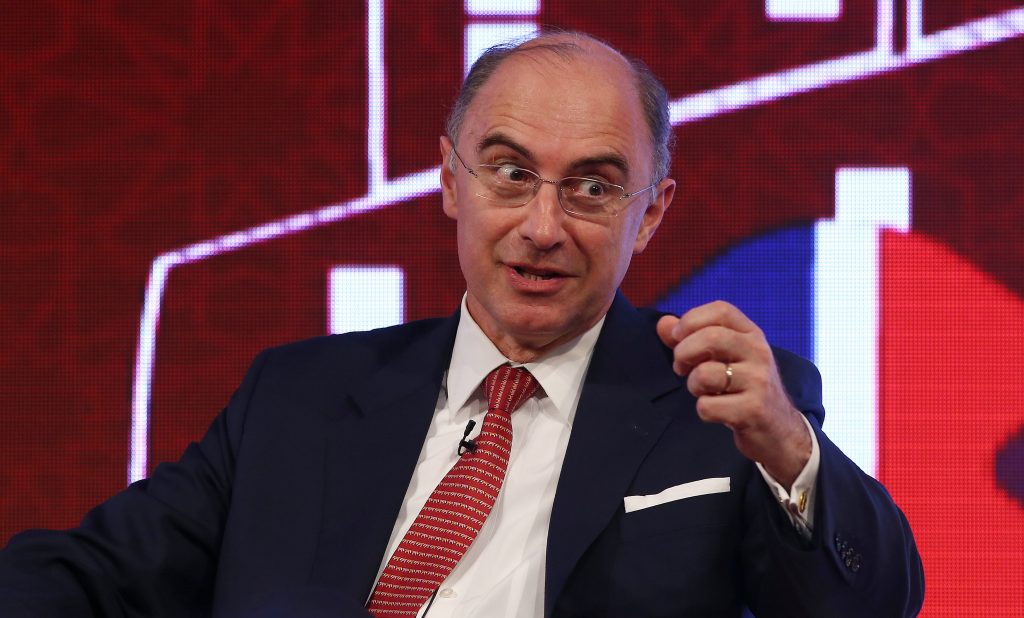 British shares dropped on Thursday after minutes of the Federal Reserve’s last meeting indicated the bank would shrink its balance sheet later this year.

The FTSE 100 was down 0.6 percent in early trade, with financials the biggest weight as investors priced in smaller central bank balance sheets, after U.S. equities dipped on Wednesday.

“There were two elements in the Fed minutes: the fact that some officials thought equities were overvalued, but the smarter money is looking at the fact [that] balance sheet reduction seems to be indicated towards the end of this year,” said Panmure Gordon, chief economist at Simon French.

“Markets are taking their cue from the U.S. investors, saying the shrinking of balance sheets means less money sloshing around, which will weigh on asset prices,” he added.

Discounting a raft of stocks trading ex-div, banks Lloyds and RBS were the top fallers, down 1.8 and 2.2 percent, tracking a broader sell-off in European banking stocks.

Pearson was down 8.9 percent, trading ex-div and further weighed by a downgrade from Exane to “underperform.”

“Structural pressures in U.S. higher education courseware are now well documented in the share price. However, we raise fresh concerns on the sustainability of double-digit growth in Pearson’s U.S. virtual schools business, its fastest growing segment in North America, currently accounting for 6 percent of group revenues,” the broker said.

Real estate stocks were the top European gainers, and British Land Company and Land Securities Group were up 1.2 to 1.4 percent.

Miners Fresnillo, Antofagasta and Anglo American also rose 1.3 to 1.5 percent, with the price of gold firming ahead of a meeting between President Donald Trump and his Chinese counterpart President Xi Jinping.

Intellectual property firm Allied Minds was the top mid-cap faller, down 8.4 percent to a record low and trading below its IPO price for the first time, taking its year-to-date losses to 63 percent.

The company, 28 percent owned by Woodford Investment Management, had its worst-ever day on Wednesday after cutting funding for seven of its portfolio companies.

Jefferies raised the stock to “hold” from “underperform.”

“Allied Minds’ new CEO has taken less than a month to cull the weaker companies in the portfolio,” said the broker. “This has happened more quickly and broadly than we expected, but we see this $147 million hit as decisive rather than panicked or precipitated.”

Tullow Oil traded without rights to its cash call and was up 6 percent, the top European gainer.

Biotech company BTG was up 3.8 percent, the second top European gainer after it set a bullish full-year forecast.