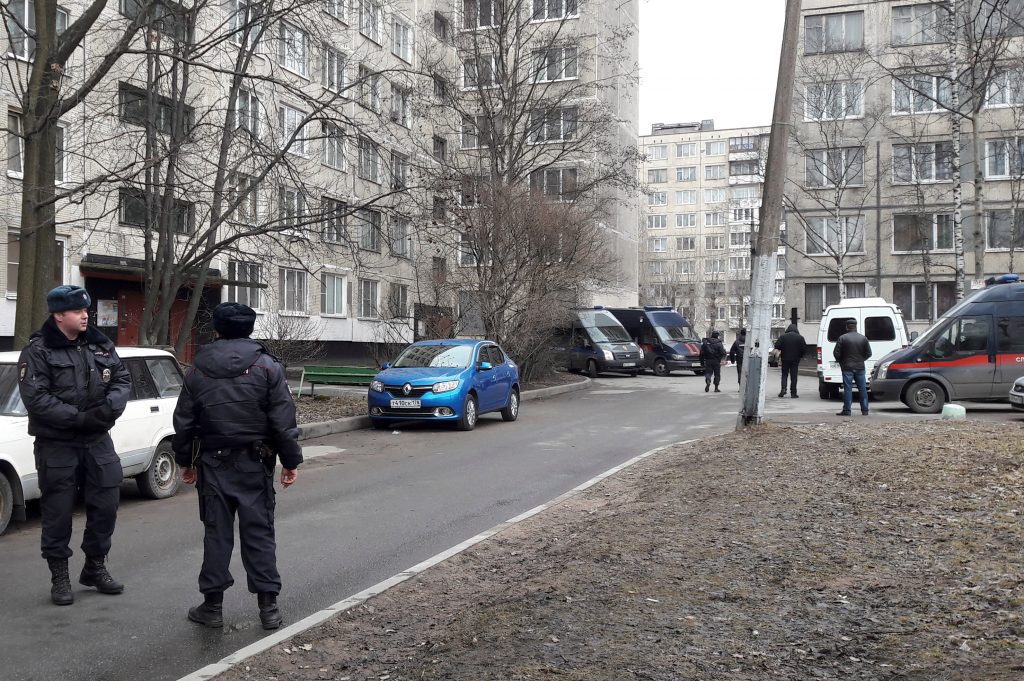 ST. PETERSBURG  (Reuters) – Russian authorities have made safe an explosive device found in a residential building in St. Petersburg, the TASS news agency reported on Thursday.

A law enforcement source told Reuters that fire engines had turned up at the building in Tovarichesky Prospekt in the east of St. Petersburg and that people living in apartments on two stairwells had been evacuated.

The city is still reeling after a bomb ripped through the St. Petersburg metro on Monday, killing 14 people.

According to a city official, several suspects were detained after a police raid on the apartment early on Thursday morning. Investigators are apparently examining links between the arrested men and Monday’s alleged bomber, 22-year-old Akbarzhon Jalilov.

The Russian Investigative Committee did not comment on the arrests but said that “several citizens of Central Asian republics were in contact with Jalilov.”