World ANALYSIS: Why the Navy’s Tomahawk Missiles Were the Weapon of Choice in Strikes in Syria
World 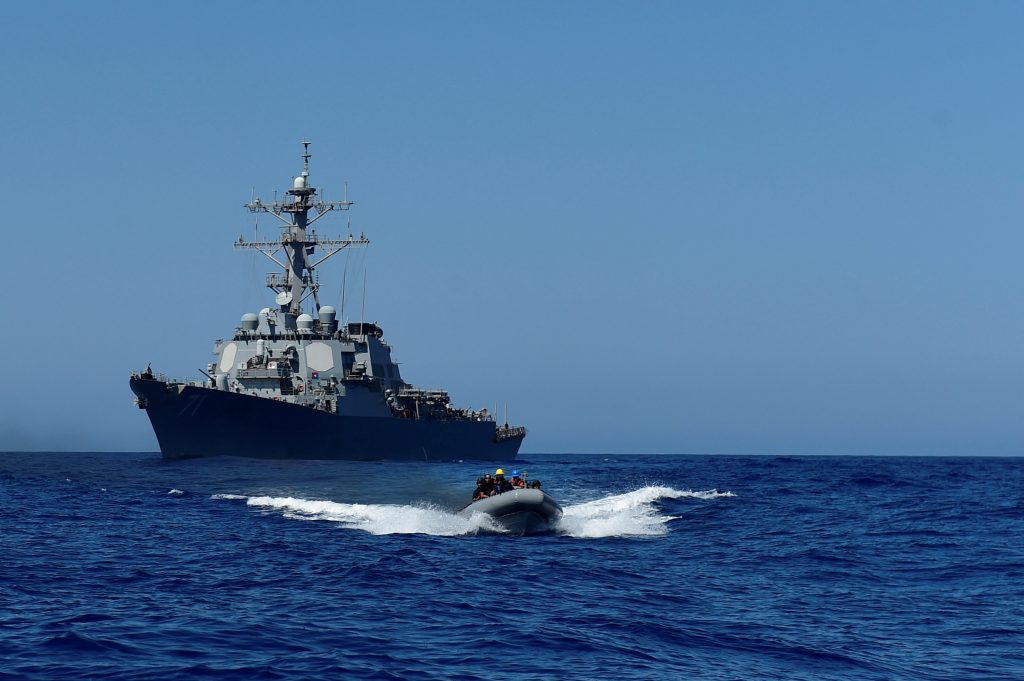 The U.S. Navy launched more than 50 Tomahawk missiles early Friday at military targets in Syria in response to a chemical-weapons attack this week on civilians, relying on a mainstay weapon when the Pentagon wants to attack from a safe distance.

The missile has been a critical part of U.S. warfare since the Persian Gulf War in 1991 and commonly carries a 1,000-pound warhead. It was last used by the Pentagon in October, when the military launched Tomahawks from the Red Sea at three coastal radar sites in Yemen after Houthi rebels there fired missiles at several U.S. ships over several days.

Before that, the United States used them in September 2014 as the country expanded its air war against militants from Iraq into Syria. The Pentagon said at the time that it launched 47 Tomahawks from two ships – the USS Philippine Sea in the Persian Gulf and the USS Arleigh Burke in the Red Sea – and hit sites used by what it called the Khorasan Group, an Islamist cell said to be linked to al-Qaida.

The strikes, announced late Thursday in Washington, were launched from two Navy ships in the Mediterranean Sea, a defense official said on condition of anonymity due to the sensitivity of the operation.

One of the largest advantages to using the Tomahawk is that it does not require a pilot to be anywhere near a potential target. They can be launched from Navy destroyers up to 1,000 miles away, a tactical consideration when facing enemy air defenses. Assad’s military operates modest S-200 surface-to-air missile systems but is backed by Russian forces, which have more advanced S-300 and S-400 missiles. Those systems have better radar and fly faster than older surface-to-air missiles.

Chris Harmer, a defense analyst and former naval officer now with the Institute for the Study of War, said that the U.S. military can jam some of the Russian radar through the use of the EA-18G Growler jet and other means. But the Russians likely can withstand some of that jamming, especially the most advanced S-400 systems.

“We have the advantage, but it doesn’t mean it renders the Russian air defense irrelevant,” Harmer said.

Tomahawks have less explosive yield than larger bombs carried by manned U.S. aircraft, but to bomb Syrian planes on the ground, that does not matter, Harmer said. Planes, he said, are the “softest of soft targets” and do not require the largest U.S. munitions to destroy or incapacitate them.

There also is a specific variant of the Tomahawk that can carry cluster munitions that separate over a target, causing fragmentation and incendiary damage that could destroy vehicles, supply depots and aircraft on a flight line. The missiles would not cause as much damage to a runway as a larger Air Force bomb launched from a bomber or fighter.

The decision may have been driven in part by political concerns. The closest airfield the United States uses in the region is Incirlik Air Base in Turkey, but an operation against the Syrian government would likely require Turkish consent. The United States also has strike aircraft in other countries in the Middle East, but their use also could raise diplomatic issues.

If the Trump administration decided to use manned aircraft, the most likely option was naval aircraft. That could have included Harrier jets deployed with the 24th Marine Expeditionary Unit, which were on Navy ships in the Mediterranean Sea as of Wednesday, according to photos released by the military.

The aircraft carrier USS George H.W. Bush also is in the Middle East but farther away in the Persian Gulf. Part of the fleet of ships accompanying the carrier are closer by, in the Mediterranean, and can carry Tomahawks.