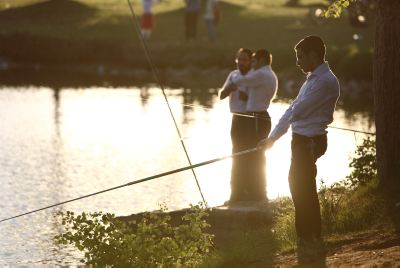 The workers’ committee for employees of Israel’s national parks has told workers to take a couple of days off next week in a strike – on Chol Hamo’ed Pesach, among the busiest days in the country’s national parks. Unless the government gives in to their wage and benefit demands, said committee head David Keren, visits to the parks will not be a pleasant experience.

The 1,800 workers are all employees of the Parks and Nature Authority, with about 1,000 permanent workers, and the rest contract workers. The strike will see all of them walk off the job. The workers are responsible for order, cleanliness, and first-aid and life-saving activities at some 550 sites. If the strike does come to pass, there will be no trash pickups, and if anyone gets lost on a hike, there will be no one to search for them. In addition, the gates of about 70 sites where admission is paid will be closed altogether.

Speaking to Globes, Keren said that “we have been negotiating for two or three years for a raise, in recognition of the unique work we do. The last contract we had was signed in 2008, and raises that were supposed to kick in based on that contract have been withheld. Meanwhile we have more work to do; for example, the number of rescues we have had to conduct and forest fires we have had to douse have risen considerably, as more people visit sites. In addition, management has instituted a new computer system that has increased the workload for many workers.” According to Keren, the workers have been trying to get the attention of management for some time; a work dispute was declared months ago – so no one can say that the strike comes as a surprise.

A surprise it will be, however, to the hundreds of thousands of Israelis who take the opportunity to enjoy the holiday atmosphere over Chol Hamoe’d for family picnics, hikes, bike rides, and other “back to nature” activities in the country’s national parks. Shaul Goldstein, director general of the Parks and Nature Authority, said that the workers have not been ignored. “We have been discussing a new contract for some time, and we have made substantial progress, I thought. We began talking to the Finance Ministry about the conclusions we reached in the talks, and during one of those meetings I was informed of the intention of the workers to strike. This is a wildcat strike, and we will ask the Labor Court to rule on this. We are not going to allow massive suffering of the public as a result of this.”