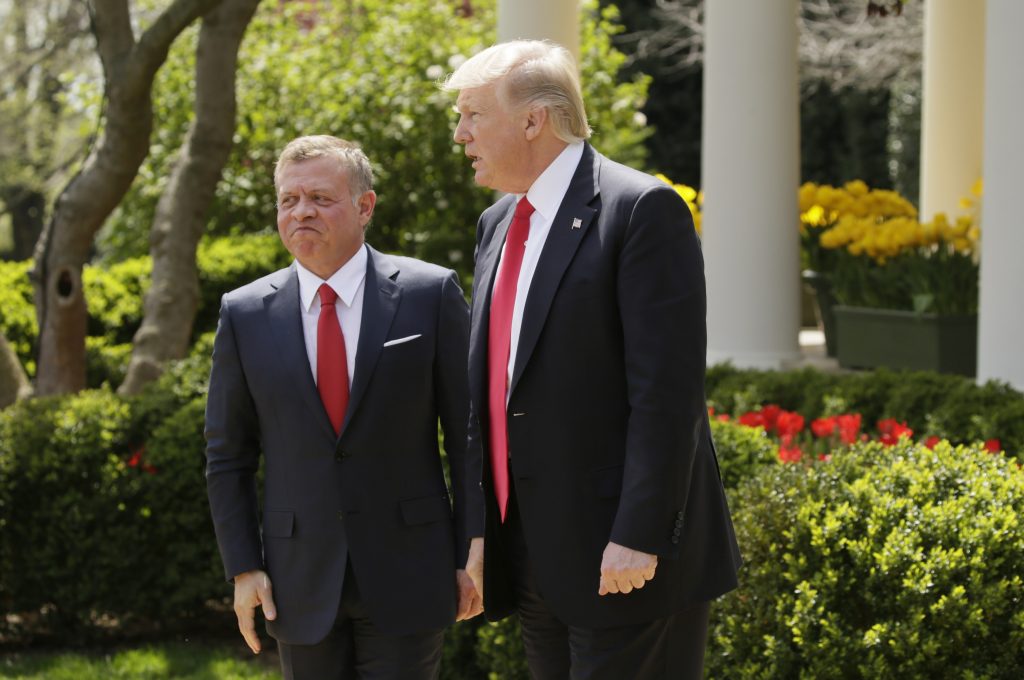 But the criticism from some powerful Senate Republicans this week as to how President Donald Trump is responding to his first major international test – Syrian President Bashar Assad’s apparent deadly chemical weapon attack on his own people – is louder, more direct than normal and very eyebrow-raising. And it suggests that in the eyes of these GOP foreign policy leaders, Trump has failed his first test in a very dangerous way.

On Tuesday, Trump issued a wishy-washy statement that blamed President Barack Obama for the chemical attack.

In an interview with local radio “AM Tampa Bay” on Wednesday, Sen. Marco Rubio (R-Fla.), a member of the Senate Foreign Relations Committee, placed the blame right back on the Trump administration: specifically at the feet of Trump’s secretary of state, Rex Tillerson. Rubio accused Mr. Tillerson of giving Assad a complicit green light to launch a chemical attack that killed dozens, including women and children, when he suggested days earlier the United States would let Assad stay in power.

“I don’t think it’s a coincidence that a few days later we see this,” Rubio said of the chemical attack on the heels of Tillerson’s comments in Turkey that Assad’s fate “will be decided by the Syrian people.” Earlier, Rubio said: “[I]t’s concerning that the secretary of state … said that the future’s up to the people in Syria on what happens with Assad. In essence almost nodding to the idea that Assad was gonna get to stay in some capacity.”

(We’ll pause here to add that Rubio has never really been a fan of Tillerson. He was one of a handful of Senate Republicans considering voting against his confirmation.)

On CNN Wednesday morning, Sen. John McCain (R-Ariz.), chair of the Senate Armed Services Committee and a chief Trump antagonist, characterized Tillerson’s comment about Assad as “one of the more incredible statements I’ve ever heard.”

“I’m sure they are encouraged to know the United States is withdrawing and seeking a new arrangement with the Russians,” McCain said on CNN. “It is another disgraceful chapter in American history, and it was predictable.”

Sen. Rob Portman (R-Ohio), also a member of the Senate Foreign Relations Committee, issued a statement it seems he wished Trump had delivered. In it, a not-so-subtle prod to Trump to get tougher on Syria’s president:

“I strongly condemn today’s horrific chemical weapons attack against innocent civilians by the Assad regime,” Portman said. ” … The Assad regime will not cease these brutal and illegal attacks unless it has a credible belief that the United States and our allies will hold it accountable for its crimes. The Obama administration undermined U.S. credibility and abdicated America’s leadership role when it abandoned its infamous red line in 2013. We cannot afford to make the same mistake twice.”

Perhaps the public pressure from his own party had an effect on Trump. Some 24 hours after his first, hands-off statement on Syria, he sounded like a different president altogether. More or less gone was his fixation on Obama. And the president’s perception of Assad had “changed,” though President Trump declined to say how.

“I now have responsibility,” President Trump said at a news conference with King Abdullah II of Jordan in the Rose Garden at the White House on Wednesday. “It crossed a lot of lines for me. When you kill innocent children, innocent babies – babies, little babies – with a chemical gas that is so lethal … that crosses many, many lines, beyond a red line.”

“It’s very, very possible that my attitude toward Syria and Assad has changed very much,” Trump said.

A growing number of influential Republicans concerned about the death, destruction and instability that a Syrian president unanswerable to the United States can bring certainly hope that’s the case.