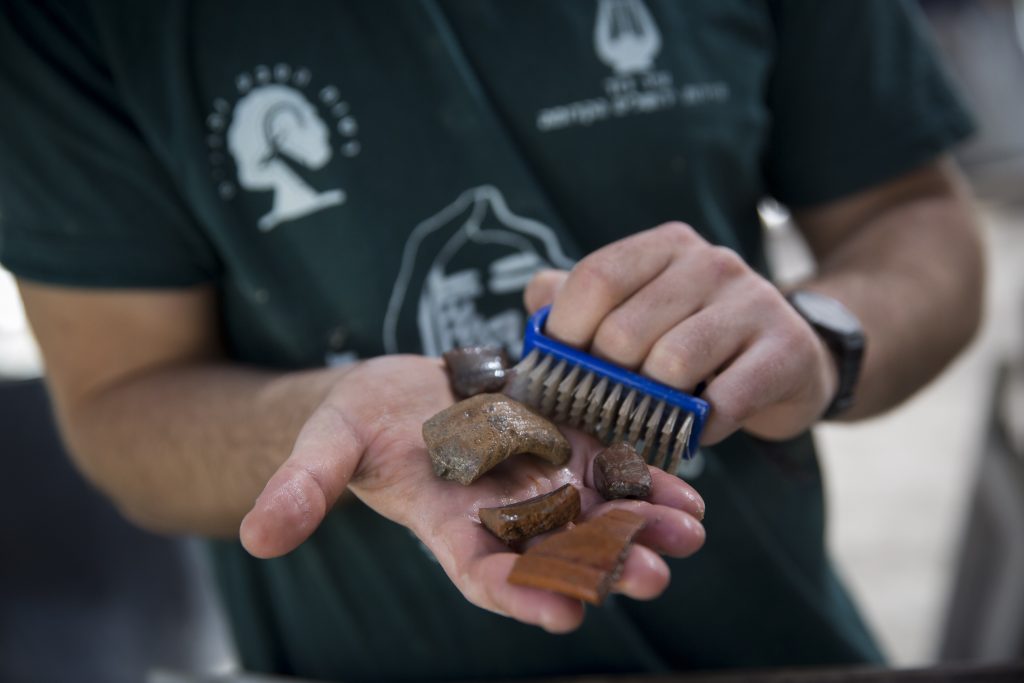 The cash-strapped project of sifting for artifacts discarded by Arabs on Har HaBayis will be kept going after Israeli Prime Minister Binyamin Netanyahu intervened on Thursday.

“The Ir David Foundation headed by David’le Be’eri will continue to fund the important project. Chairman of the Antiquities Authority Yisrael Hasson and Be’eri will meet soon with officials dealing with the sifting,” said a statement from the Prime Minister’s Office.

The project was undertaken about 12 years ago to expose the destruction of ancient artifacts at the site by the Muslim Waqf, and to salvage what it could.

Archeologist Tzachi Dvira, who manages the project together with archeologist Gabi Barkai, told Arutz Sheva that it was “on the verge of closure” after the Ir David Foundation ended its funding.

“This is a project of national importance and that is important for the public to participate in. Four years ago, former government secretary Zvika Hauser told us that the state was responsible for this archaeological catastrophe, and that it is also the one that needs to rectify it. Unfortunately, he is no longer in office and we expect the Prime Minister’s promises to be fulfilled. The time has come for the Israeli government to make an official decision to act on behalf of Har HaBayis.”