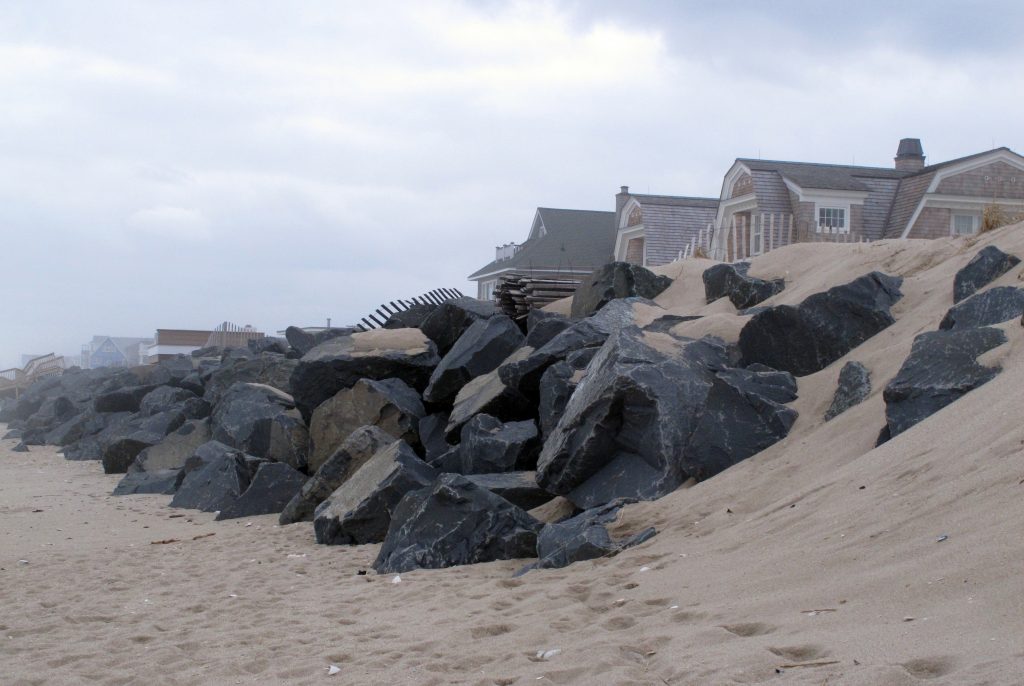 A judge will consider a high-stakes, multimillion-dollar battle over whether a wealthy New Jersey shore enclave can opt out of a protective sand dune plan in an area devastated by Superstorm Sandy.

Both sides in the lawsuit brought by oceanfront homeowners in Bay Head, Mantoloking and Point Pleasant Beach filed summations Friday in the strenuously fought litigation.

Superior Court Judge Marlene Lynch Ford, who has already upheld the state’s right to use eminent domain proceedings to seize land for the dune project, will decide whether Bay Head can be exempted from it. She gave no indication as to when she will rule.

The homeowners say a rock wall they built with their own money provides adequate storm protection, but the state says an unbroken, continuous dune line is essential for avoiding a repeat of the catastrophic damage Sandy caused to the area in 2012.

The property owners, which include Lawrence Bathgate II, the national finance chairman under Presidents Ronald Reagan and George H.W. Bush, also portray the dune plan as an unwarranted government land grab and a waste of scarce taxpayer dollars. But Republican Gov. Chris Christie has branded the homeowners as “selfish,” interested more in not losing precious oceanfront views than protecting their community.

The governor even urged people to go to Bay Head and knock on the doors of oceanfront homeowners, asking why they oppose the dune project. But residents say that hasn’t happened.