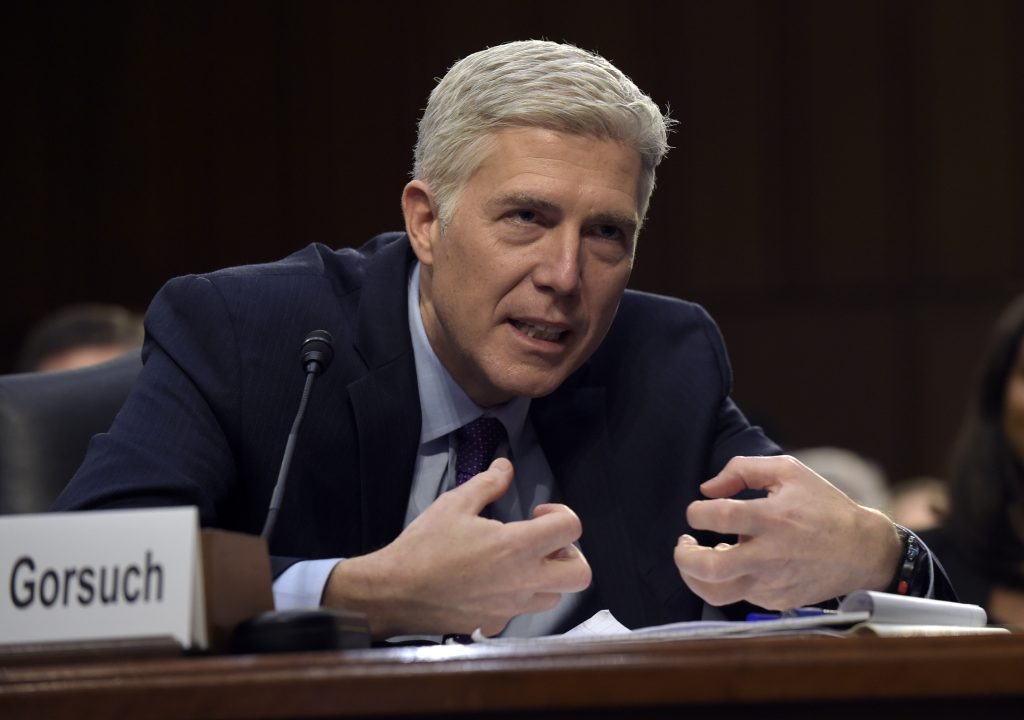 Republican leaders in the Senate have made it clear that Judge Neil Gorsuch will be confirmed to the Supreme Court, even if Democrats successfully block their efforts.

This will require changing the Senate rules to eliminate the filibuster for Supreme Court nominations altogether. You have probably heard this described as the “nuclear option.”

A rules change might sound simple, but like most matters of Senate procedure, the process is not.

For those who want to follow, we’ve got a step-by-step guide of what is expected to happen, plus or minus a couple hours of extra procedural maneuvering by Democrats.

One last note on the timing.

Republicans have said unequivocally that Mr. Gorsuch will be confirmed by midnight on Friday, April 7. This will allow him to join the high court for the final cases of its term — and take care of a major piece of Senate business before members leave Washington for a two-week break.

This guide was written on Wednesday, with the process of considering Gorsuch already in motion.

Here’s what we expect to see, starting Wednesday afternoon:

You might have read that Sen. Jeff Merkley, D-Ore., pulled an all-nighter while speaking in opposition to Gorsuch on the Senate floor.

The move certainly wasn’t required under Senate rules. By doing it, Merkley helped bring attention to Democrats’ position and took advantage of the limited amount of time allocated for formal debate on Gorsuch’s nomination.

The floor debate on Gorsuch started on Tuesday. It will continue Wednesday. Then, on Thursday, debate will stop for a vote on whether it’s time to move on.

Step 2: Senators vote on whether to move forward

This kind of vote – known as “cloture” – is a special feature of Senate procedure. It’s the way the Senate ends debate on a bill or nomination, allowing the process to move forward toward a final vote.

We know the Senate will hold this vote on Thursday because Senate Majority Leader Mitch McConnell, R-Ky., already set the process in motion.

By “filing cloture” on Gorsuch’s nomination on Tuesday night, Mr. McConnell automatically triggered a countdown to a cloture vote. One hour after the Senate convenes on Thursday, it will be time for that vote to take place.

Sixty senators must agree for the debate to end.

Unfortunately for Republicans, they hold only 52 seats in the Senate right now. While they’ve been able to convince some Democrats to support cloture, they are still several votes short of the required 60.

So the Senate will hold its cloture vote on Thursday and it will fail, a temporary victory for the Democrats’ filibuster.

Some procedural maneuvering might follow, but if 41 Democrats hold firm, nothing will change and the nomination will remain in limbo.

Step 4: McConnell goes nuclear with a point of order

After the first cloture vote fails, there’s likely to be a period of contentious debate on the Senate floor.

Then, when he’s ready, McConnell will begin the process of ending the minority party’s ability to filibuster Supreme Court nominees.

Watch for McConnell to raise a “point of order” on the Senate floor. That’s when things will get interesting.

When McConnell does that, he will say something to the effect that the cloture vote on Gorsuch could pass with a simple majority of votes rather than the required 60.

By pointing out this possibility, he is already one step closer to the rules change.

The focus will suddenly turn toward the senator presiding over the chamber.

That senator will rule against McConnell’s point of order because it contradicts current Senate rules.

Then will come the crucial moment.

McConnell will challenge the ruling of the chair by appealing it to the full Senate. In essence, he’ll be asking senators to vote on whether the rules should change — whether a simple majority of senators should be able to end debate on a Supreme Court nomination.

To succeed, he only needs a simple majority to agree. He already has those votes within his own party, so once McConnell triggers the vote, he is home free.

The Senate’s top Democrat, Charles Schumer, D-N.Y., could use questions to stall for time before the vote. He could try to appeal the vote with another vote.

Both tactics will fail, and the rules change will stand. The ability to filibuster Supreme Court nominees will be gone.

Then, the Senate will try again with another cloture vote on Gorsuch’s nomination.

This one will pass under the new rules, setting up a final vote on Friday.

The main debate over Gorsuch technically ends after cloture passes. But that doesn’t mean the talking — or shouting — will be over.

After cloture, senators will have 30 more hours to consider Gorsuch’s nomination.

Those 30 hours are expected to be the most intense and hostile of the whole process. Expect major fireworks between senators on the chamber floor.

Once the 30 hours are up, the Senate can move forward with a final vote to confirm Gorsuch.

So, for example, if cloture is approved on Gorsuch’s nomination at one p.m. on Thursday, a final vote could happen at seven p.m. on Friday.

Until cloture passes, we won’t know when a final vote will take place. But regardless, when it does, we know what will happen. Republicans have the votes, and the Senate will approve Gorsuch by a simple majority.

That will conclude the process, allowing senators to start their recess.