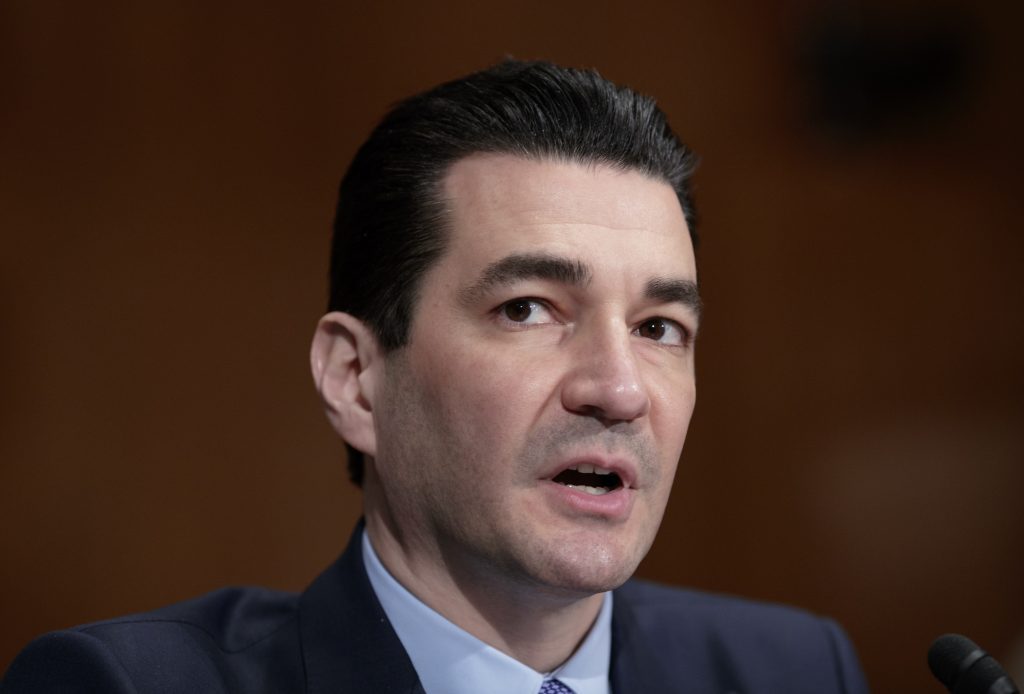 Scott Gottlieb, the physician-entrepreneur who is President Trump’s nominee to head the Food and Drug Administration, told senators Wednesday that the nation’s opioid crisis is a “public health emergency on the order of Ebola and Zika” and requires dramatic action by the FDA and the rest of government.

During his confirmation hearing before the Senate Health, Education, Labor and Pensions Committee, Mr. Gottlieb said the FDA had been “complicit, even if unwittingly,” in helping to fuel the opioid epidemic.

He said that the agency “didn’t fully recognize the scope of the emerging problem” several years ago and that it needs a new strategy to combat the issues involved, which should include taking a hard look at the FDA’s framework for approving painkillers and pressing for greater availability of nonaddictive painkillers.

Working on the epidemic, he said, “is my highest and most immediate priority.”

Mr. Trump recently appointed a high-profile commission, chaired by New Jersey Gov. Chris Christie, to focus on the opioid crisis. Gottlieb was not immediately named as a member, and it’s not clear whether he will join if confirmed as FDA commissioner by the Senate.

Gottlieb’s comments came a day after two senators whose states have been ravaged by prescription painkillers said they opposed his nomination, arguing that his record, as well as his extensive ties to the pharmaceutical industry, suggested that he didn’t support using the necessary tools to fight the problem.

“We are suffering from this public health epidemic because Big Pharma pushed pills they knew were dangerous and addictive, the FDA approved them, often without expert counsel, and doctors – because they do not have mandatory education on these drugs – prescribed them,” Sen. Edward Markey, D-Mass., told reporters Tuesday.

In particular, Mr. Markey and Sen. Sherrod Brown, D-Ohio, blasted a 2012 article by Gottlieb that questioned the Drug Enforcement Administration’s efforts to police opioids. In that article, Gottlieb wrote that the DEA’s approach was “burdening a lot of innocent patients” and suggested that some of its responsibilities be turned over to the Department of Health and Human Services.

At the hearing Wednesday, Sen. Tim Kaine, D-Va., urged Gottlieb to take a “proactive” approach in looking at the entire issue of pain management. And he said Congress would support Gottlieb if he decided that the agency needed more authority to deal with the opioid crisis.

Gottlieb repeatedly stressed that he was ready to take an “all-of-the-above approach” to find solutions. “This is a staggering human tragedy that is going to require dramatic action on the part of the agency,” he said. At the same time, he added, the problem has become too big for the FDA to solve on its own.

He also acknowledged that the agency’s response had been “too incremental” over the years, though he said he wasn’t criticizing his predecessors.

Much of Wednesday’s hearing – and most of the Democratic senators’ questions – focused on Gottlieb’s extensive ties to the pharmaceutical industry. After serving as a deputy FDA commissioner during the George W. Bush administration, he worked for numerous companies and investment firms in a range of roles, including as a consultant, paid speaker, investor and adviser.

In an ethics agreement he recently filed with federal officials, he said he plans to recuse himself for a year from agency decisions involving more than 20 companies for which he had worked, invested in or had some other kind of financial relationship with. He also said he would step down from various boards and sell his interests in several health-care companies.

At the confirmation hearing, Gottlieb said he would take additional steps to ensure that neither he nor the agency is compromised by his prior relationships with industry.

The Senate committee’s vote on Gottlieb, whose eventual confirmation seems all but assured, is at least two weeks away, according to Chairman Lamar Alexander, R-Tenn.