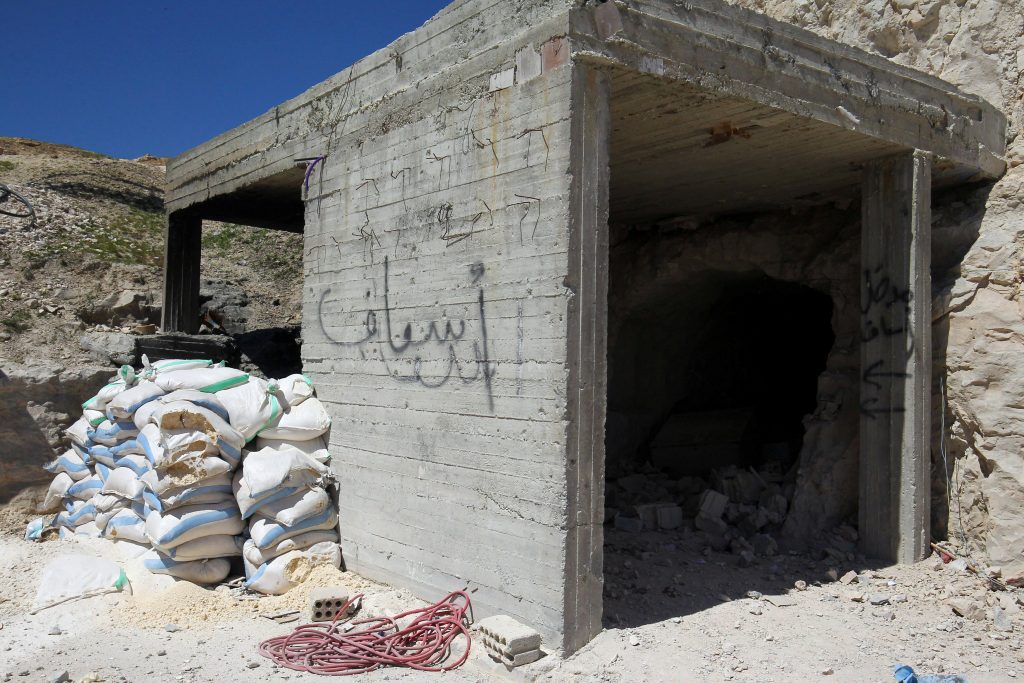 Britain and France on Wednesday renewed their call for Syrian President Bashar al-Assad to leave office, after a suspected chemical attack by Damascus killed scores of people in a rebel-held area, eclipsing an international conference to promote peace.

Foreign ministers Boris Johnson of Britain and Jean-Marc Ayrault of France spoke during the international conference on Syria, which the European Union convened in Brussels in a bid to shore up stalled peace talks between Assad and his rivals.

“I simply don’t see how Bashar al-Assad can remain in charge after what he has already done. Of the 400,000 people who are estimated to have been killed in Syria, he is responsible for the vast majority of the butcher’s bill,” Johnson said.

“You have to go a long way back in history to find a tyrant who has stayed in office in such circumstances.”

Ayrault said the attack was a test for the new U.S. president, Donald Trump, and his stance on Assad.

The future of Assad, backed by Russia and Iran, has always been the main point of contention blocking progress in talks. The war has raged for more than six years, displacing millions and throwing civilians into dire humanitarian conditions.

The U.N. has called for $8 billion this year to deal with one of the world’s most acute humanitarian crises, and the Brussels gathering responded with some fresh pledges of aid.

Hours before the U.N. Security Council meets over a resolution proposed by Washington, London and Paris on the attack, Guterres said: “We have been asking for accountability on the crimes that have been committed and I am confident the Security Council will live up to its responsibilities.”

The three countries blamed Assad for the attack, possibly the third one with the use of chemical arms in a month.

But Russia said the toxic gas had leaked from a rebel chemical weapons depot struck by Syrian bombs, setting the stage for a diplomatic clash at the Security Council.

NATO head Jens Stoltenberg and EU chairman Donald Tusk on Wednesday joined the chorus condemning the attack, with the latter saying Damascus was mainly to blame but that “all who support it share moral and political responsibility.”

In blaming Assad, Trump did not say how he would respond. The attack came a week after Trump’s Secretary of State Rex Tillerson and U.N. envoy Nikki Haley said their focus was on defeating Islamic State in Syria rather than pushing out Assad.

“Under Obama, we agreed that Assad had to go, but now it is unclear where the Trump position lies,” said a senior EU diplomat. “Have Washington and Moscow now agreed on backing Assad? For the EU, Assad cannot be part of Syria’s future.”

That is a view shared by the Gulf Arab states, as presented in Brussels by Mohammed bin Abdulrahman al-Thani, foreign minister of Qatar: “There is no solution in Syria without getting rid of Assad,” he said.

The conference appealed for more humanitarian aid access in Syria and an end to using sieges and starvation as war tactics.

The EU’s top diplomat, Federica Mogherini, pledged €560 million euros in 2018 for humanitarian projects in Syria and supporting refugees in the neighboring Lebanon and Jordan.

But Brussels says the bloc will not pay for reconstruction if Damascus and its allies wipe out Syria’s opposition and moderate rebels, recapturing full control of the country but denying its various ethnic and religious groups a political say.

The conference, however, offered no new ideas on how to end the war, highlighting the international community’s inability to unlock peace.

“There is a sense of despair but the international community just cannot agree on how to fix Syria,” another senior EU diplomat said.