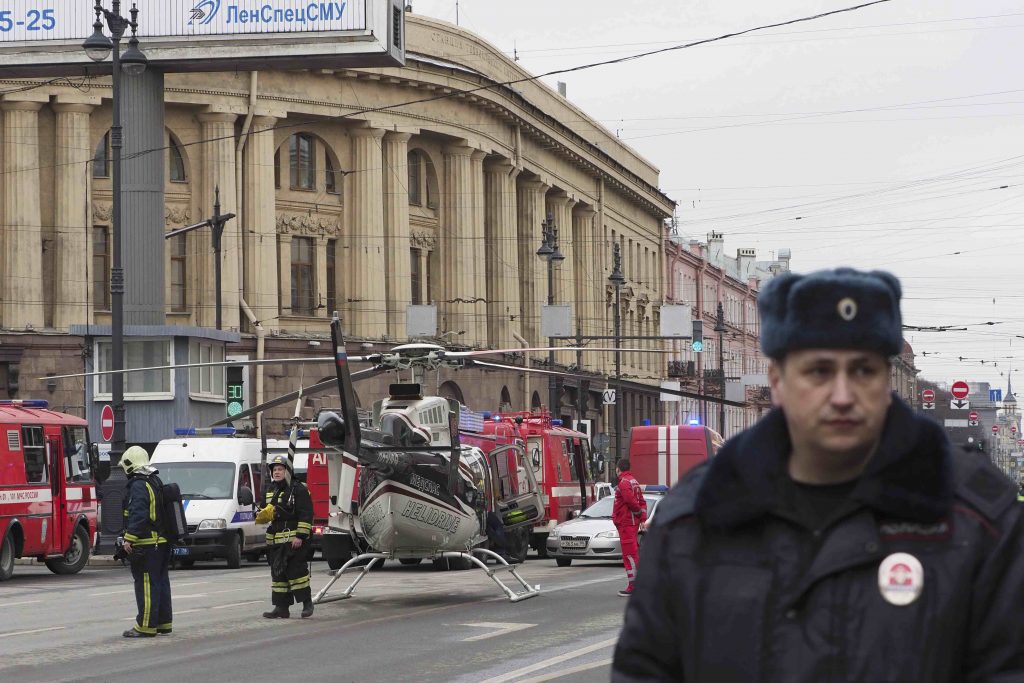 As the residents of St. Petersburg try to recover from a fatal subway bombing, officials announced Wednesday that six people have been arrested on suspicion of recruiting others to commit terrorist crimes.

Wednesday’s statement from the Investigative Committee gave few details, but said those arrested came from Central Asian countries that once were part of the Soviet Union. Officials have said the suicide attacker behind Monday’s blast in St. Petersburg that killed 13 others was a native of the Central Asian country of Kyrgyzstan.

The six detained were accused of recruiting “mostly immigrants from the republics of Central Asia to commit crimes of a terrorist nature and involvement in the activities of terrorist organizations banned in Russia,” including the so-called Islamic State, the statement said.

The predominantly Muslim Central Asian states are seen as a prime recruiting ground for Islamic terrorists.

Meeting with the heads of security services from a regional alliance that includes most of Russia’s Central Asian neighbors, President Vladimir Putin warned that terrorism remained a threat to all in the region.

“We see that, unfortunately, the situation is not improving,” he said. “The recent tragic events in St. Petersburg are the best confirmation of this. We know that each of our countries, practically every one, is a possible and potential target of terrorist attacks.”

Earlier Wednesday, the Investigative Committee said in a statement that they searched the home of Dhzalilov in St. Petersburg. They also examined CCTV footage from outside Dzhalilov’s home which shows him leaving home with a bag and a backpack.

The bomb went off on a train under Russia’s second-largest city on Monday. Another bomb, hidden in a bag, was found and deactivated at another St. Petersburg station just half an hour before the blast. Dzhalilov’s DNA was found on the bag.

After the attack, several Russian politicians have called for ending the moratorium on capital punishment. But parliament speaker Vyacheslav Volodin dismissed the statements as attention-getting devices and upbraided the politicians, saying “One must not use a tragedy to promote oneself.”