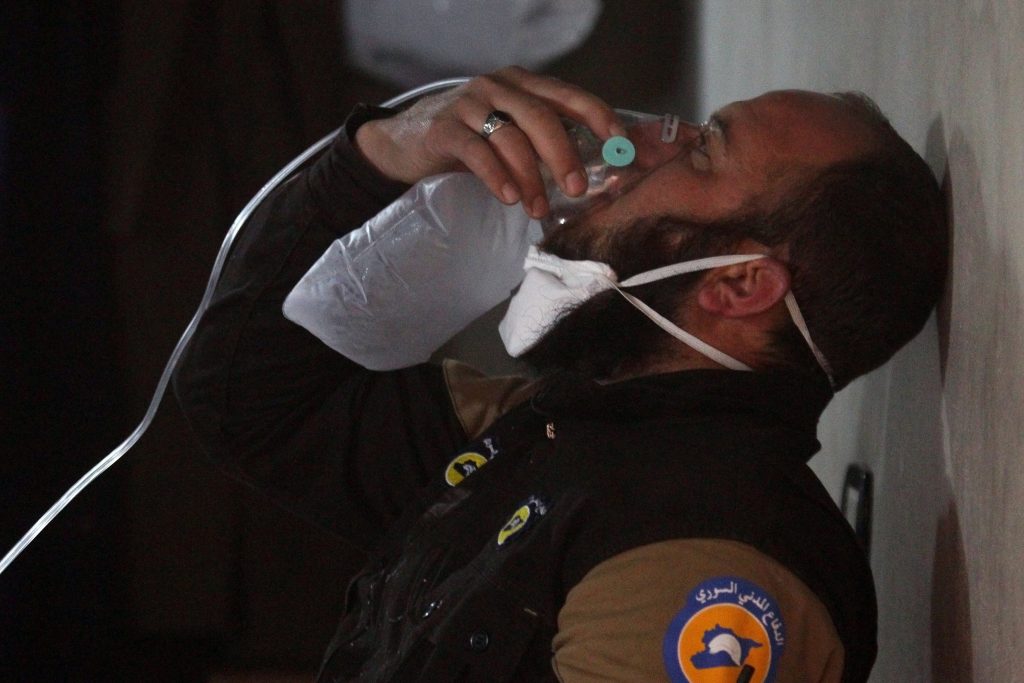 U.S. President Donald Trump on Tuesday condemned a Syrian chemical weapons attack that killed dozens and blamed Syrian President Bashar al-Assad, but did not say how he would respond despite calls from France for stronger U.S. leadership.

Trump said the attack in Syria’s Idlib province was “reprehensible and cannot be ignored by the civilized world.”

“These heinous actions by the Bashar al-Assad regime are a consequence of the last administration’s weakness and irresolution,” Trump said in a statement. “President Obama said in 2012 that he would establish a ‘red line’ against the use of chemical weapons and then did nothing.”

The Syrian military denied responsibility and said it would never use chemical weapons.

The chemical attack on Tuesday, which killed scores of people, including children, came a week after both Secretary of State Rex Tillerson and U.S. Ambassador to the United Nations Nikki Haley said their focus in Syria was on stopping the Islamic State terror group rather than pushing Assad to leave power.

A senior Trump administration official said on Tuesday that the government was looking at policy options after the attack in Idlib but that the options were limited and that the views expressed by Tillerson and Haley still held.

“Nothing has changed in terms of that dynamic. Our ability to get rid of him doesn’t rise because he does something terrible,” the official said.

France’s foreign minister said the suspected chemical attack was a way of testing the Trump administration and urged Washington to clarify its position on Assad.

“The question is to know, yes or no, whether the Americans support a political transition in Syria, which means organizing this transition, elections and that at the end of the process the question of Assad’s departure is asked,” Jean-Marc Ayrault told RTL radio.

A member of the Syrian opposition said the attack was a “direct consequence” of the recent U.S. statements on Assad.

Another senior U.S. official said that Saudi Arabia and Turkey, both key allies against IS, had indicated that IS was a higher priority than ousting Assad and that his removal would only add to the chaos in the region.

Nonetheless, the nature of the attack was jarring to the new Trump administration.

“If it’s what it looks like, it is clearly a war crime,” said a senior State Department official, adding that the government was still gathering information.

A U.S. government source said Washington believed the chemical agent sarin was used in the attack and that it was “almost certainly” carried out by forces loyal to Assad.

“Those outside backers who are said to be guarantors of the (Assad) regime obviously have a lot to answer for,” the State Department official said, referring to Russia and Iran, which have provided military backing for Assad.

Early in the Syrian civil war, Obama insisted that Assad had to leave power. In later years, his administration shifted its focus to the fight against IS, which captured swaths of territory in Iraq and Syria in 2014.

“Unlike the previous administration, though, this one is making explicit what was implicit under Obama: The goal was not getting rid of Assad but destroying ISIS,” he said, using an alternative acronym for Islamic State.