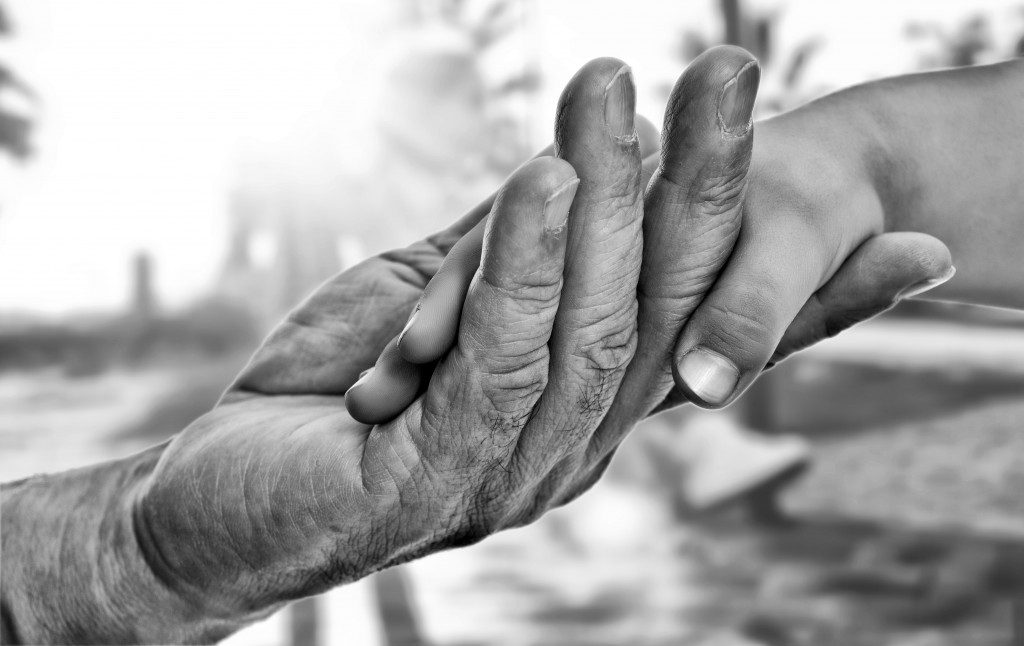 Researchers in the field of genetics have been making
incredible discoveries in recent years, particularly in a subset called “epigenetics.” They have found that experiences, what they call “learned behaviors,” are transmitted genetically as well, from one generation to the next.

There have even been a number of studies which have identified something unique about grandchildren of Holocaust survivors — and it is something they feel they can now better understand. Descendants of survivors have lower levels of hormones which are necessary for dealing with stress — similar to people with PTSD. The theory is that the learned behavior of survivors gets passed along through generations, and that is why their grandchildren, generations later, still carry its aftereffects.

While that particular link and how it is transmitted is still being studied, what remains undeniable is that each generation has an incredible impact on the one that follows it. Our experiences influence our children, and everything we do makes a difference in the people they become.

It isn’t only experiences. Learned behavior includes attitudes and how we approach things. The Chazon Ish writes in Emunah U’bitachon (3:26) that people make the mistake of believing that it is too late for correcting the deficiencies in their own lives and instead seek to concentrate on their children. And while he argues against the premise that it is too late for anyone, there is another reason why it is wrong to think this way. It is impossible to raise children to appreciate what their parents themselves don’t value.

While Rava is delineating the incredible rewards of positive associations with talmidei chachamim, there is one thing which seems quite puzzling. Rava also clearly draws a distinction between the two — as they get different rewards. Why is it that a lover of talmidei chachamim merits having them for sons, while a supporter only has them in his family through marriage? Why are his sons not also talmidei chachamim?

Harav Elya Ber Wachtfogel, shlita, answers this question with a powerful lesson. It isn’t only a matter of reward; Rava is also teaching us a lesson in chinuch habanim. One can support Torah — but so long as he does not actually love talmidei chachamim, he will be unable to raise his children in that same way.

So, if someone loves talmidei chachamim, his children will know that — and they will grow up to be the same. Supporting Torah is vital as well, and one who does so will be zocheh to sons-in-law who are great in Torah.

But his sons won’t be. Because they can tell what we really value.

Children have this unique sense of recognizing our deepest feelings; they can understand what our real priorities are when even we can’t do so ourselves. Call it epigenetics, or call it a sixth sense that Hashem blessed them with — whatever it is, it exists. It’s reality, and an important one to be aware of as we raise our children.

On the Seder night, we remind ourselves that “chayav adam liros es atzmo k’ilu hu yatza miMitzrayim — a person is required to see himself as though he left Egypt.” In a phenomenal new sefer/Haggadah that came out just this year, named Livnas Hasippur, the author brings the various reasons why we remind ourselves of this requirement at this particular point. The clarity of the treatment led me to consider another, perhaps simpler, point, which was in keeping with the sefer’s theme of sippur Yetzias Mitzrayim.

If we are unable to feel as though we are personal beneficiaries of the wondrous nissim that Hashem did when he took us out of Mitzrayim, how can we expect to impart that message effectively to our children? The entire purpose of the Seder is the fulfilment of the mitzvah of sippur Yetzias Mitzrayim, and everything we do is to that end (see Livnas Hasippur, simanim 3, 52 and 60). But if we ourselves don’t feel that we were redeemed from the yoke of slavery, it is impossible to fulfill the mitzvah.

Human nature is to want more for our children than we want for ourselves. Perhaps it’s just a cop-out, as our spiritual growth is entirely dependent on ourselves, and it’s easier to define ourselves as failures than it is to put in the work we need to grow further. But giving up on ourselves and hoping that our children will outgrow our limitations isn’t just wrong — as the Chazon Ish points out. The requirements of the Seder should teach us that it also can’t work.

To teach and transmit something to our children, we need to love it and live it ourselves.