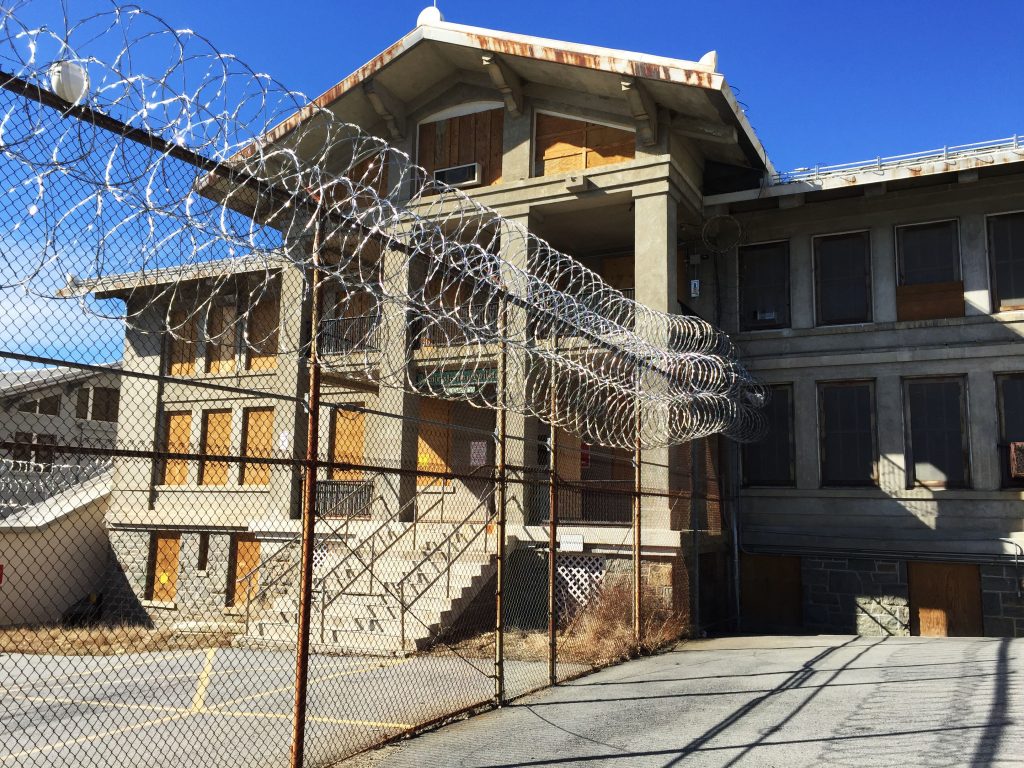 Perched atop an Adirondack mountain, the 325-acre site for sale seems to have everything a developer could want: spectacular views, a man-made lake and close proximity to the tourist destination of Saratoga Springs. Oh, and former President Ulysses S. Grant lived out his final days in a home next door.

But the property on Mount McGregor was also a former New York state prison, and if history is any guide, it will be a tough sell.

States have found out the hard way that stunning views and good locations are not enough to overcome the baggage that comes with former prison sites. Massive, thick-walled cell blocks, dormitories and infirmaries tend to be too expensive to tear down and too restrictive to turn into viable enterprises.

Nationwide, at least 22 states have closed or announced plans to close 94 state prisons and juvenile facilities since 2011, and only a handful have been sold or repurposed, according to a December report by The Sentencing Project, a criminal justice reform advocacy group.

“This is new territory in a lot of respects,” said Nicole Porter, the report’s author. “This will require some creativity from developers for what to do with these spaces.”

Mount McGregor Correctional Facility, on the market for a second time in two years, is among 13 prison and incarceration camps in New York that have closed since 2011. Only four have been sold.

Some of the more than 60 buildings sprawled across the mountain date a century or more to when a tuberculosis sanitarium operated here. New York state bought the property in 1945 for a rest-and-recreation camp for servicemen returning from World War II. In 1960, the state turned it into a center for developmentally disabled people. Sixteen years later, it was repurposed yet again as a state prison.

“You look at the bones of the building and how it can be repurposed,” Peter Cornell, an executive with the Pike Co., a Rochester-based developer, said during a recent tour.

New York state’s economic development agency didn’t list an asking price. Jack Kelley of the Albany-based Prime Companies real estate called it a “unique property” but said “if somebody pays more than $1 million for that property, they’re being taken to the cleaners.” William Moore, a Saratoga Springs real estate executive, predicted that whoever buys it will have “somewhat of a nightmare to deal with.”

Standing amid the peeling paint and unlit hallways of one of Mount McGregor’s empty dormitories, Cornell said the state needs to offer at least four or five times the $8 million in redevelopment incentives to make it work.

“I don’t see anybody taking the risk,” he said.

But a few states have seen successes. In Virginia, a former District of Columbia prison built in the 1920s has been sold to Fairfax County, which is overseeing redevelopment that will include more than 270 single-family homes, townhouses and apartments. In Tennessee, the Brushy Mountain State Penitentiary, closed in 2009, is being turned into a whiskey distillery and tourist attraction.

Some among the handful of potential developers on the Mount McGregor tour had a similar vision.

As for Mount McGregor’s other attraction — Grant Cottage, the two-story Victorian where Grant died in 1885 after finishing his memoirs — it will remain under the operation of the state’s historic preservation office, no matter if the property sells or not.

“I look at it as an asset,” Browning said. “It makes it more unique.”