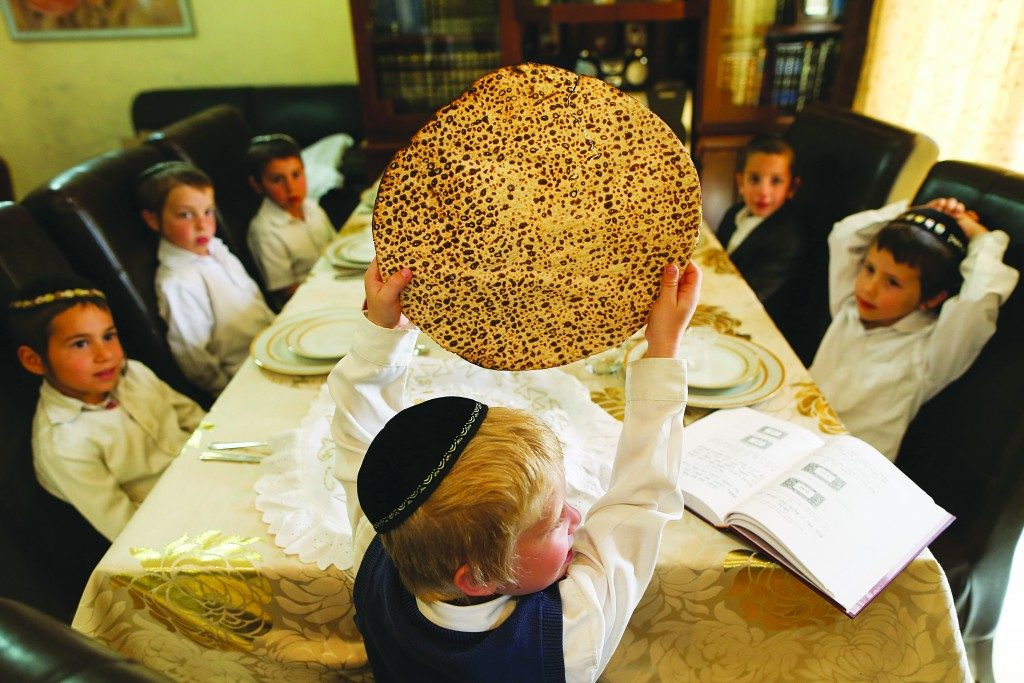 My paternal great-grandfather, Rav Reuven Dov Dessler, zt”l, was a prosperous timber merchant in pre-World War I Russia. His business dealings and his philanthropy reflected the absolute highest ideals of the Mussar Movement and the impeccable reputation of his own grandfather, Harav Yisrael Salanter, zt”l. However, the seizure of power by the Bolsheviks in 1918 brought a reversal of the family’s fortune. Russian currency became worthless and my great-grandfather was transformed from one of the wealthiest individuals in town to one of the poorest. But for the rest of his life he kept a suitcase of the worthless currency as an everlasting reminder of how worthless money can be. The suitcase remained in our family and, as a child, I remember being intrigued by it.

My grandfather, the baal Michtav M’Eliyahu, zt”l, derived from this an even deeper lesson: Just as his father had come to the realization that the trusted currency was worthless, so, too, as man enters Olam Haba — the World to Come — he realizes that so much of his trusted mitzvos that he thought would accompany him on his final journey are likewise inadequate and worthless — not more than empty deeds reflecting little sincerity…

The festival of Pesach represents true spirituality. Every custom, every ritual, and every word uttered at the Seder is replete with meaning and provides enriching opportunities to earn currency of true worth that accompanies one to the World to Come. Will we simply celebrate the material/physical aspect of the festival, or will it be an elevating spiritual experience?

The Haggadah tells us: B’chol dor vador — in every generation — an individual is required to regard himself as though he personally exited Egypt. My Rebbi, Harav Shmuel Brudny, zt”l, Mirrer Rosh Yeshivah, explained that each generation has its own form of spiritual, physical or emotional enslavement and, in each generation, the Jew is charged with a Divine mission — to undergo the transition from servitude to redemption. The Egyptian exile represents the root of every exile we have so tragically endured throughout the ages. It also serves as a paradigm for all forms of human challenges. Each individual, commensurate with his unique abilities and consistent with the pressures of his era, responds according to that Divine mission.

From Yetzias Mitzrayim to the generation of Yehoshua, followed by each subsequent generation until contemporary times… the Jew who lives in each era adds his personal perspective and experience of “departing Egypt,” of confronting and overcoming challenge. Regardless of personal hardships we may confront in our daily lives, on Pesach night we draw strength and inspiration from the Exodus in an effort to overcome challenge.

This concept appears in the symbolic custom of Yachatz at the Seder, whereby the middle matzah is divided into a larger and smaller piece. Quoting his father, Harav Shimon Schwab, zt”l, commented that the smaller matzah, the poor man’s bread, represents Olam Hazeh, this world, with its trials and tribulations. It remains on the Seder table along with the bitter maror and charoses, realistically reflecting both the sweet and bitter experiences of life in this world. The larger piece, however, which is concealed and designated for later use as the afikoman, represents Olam Haba, which is concealed from us during our sojourn in this world.

The festival of Pesach affords us the opportunity to pause and to reflect, to cherish and to appreciate that which we have. The Seder experience teaches us that if we are confronted with specific challenges, we can overcome them. It reminds us of the incredible miracles, often taken for granted, that Hakadosh Baruch Hu performs on our behalf — even today. And it reminds us of the pivotal role of each of us in this world — parents and grandparents to transmit their legacy, and children to ensure its continuity.

But there is yet another element that makes our Pesach Seder so powerful. Each night, at chatzos, the Ribbono shel Olam enters Gan Eden and bonds with the tzaddikim. On Pesach night, however, the Alm-ghty descends into the homes of Klal Yisrael to observe how they conduct their Pesach Seder. The Divine Presence appears at every Seder in every Jewish home. The Seder experience is considered more worthy than that of spending quality time with the tzaddikim in Gan Eden. (Tiferes Shlomo)

Halachah supports this concept. Normally, when an individual expresses his intent to recite Birkas Hamazon, he may no longer partake of the meal. Yet, Tosafos comments that the Pesach Seder is an exception to this rule, and even if one expressed his intention to bentch but forgot to eat the afikoman, he may still eat it without starting a new meal. The reason is that when we sit at the Seder, it is not our table from which we partake, but rather the Ribbono shel Olam’s. Therefore, one’s intent to end the meal is superseded by His mitzvah to eat the afikomen
(Tosafos Brachos 42a).

Perhaps more than anything else, what gives this experience its greatest significance is that we do not do it alone. For two evenings of inspiration, we are both presented with the challenge and gifted with the opportunity to spend time with the most distinguished Guest imaginable — our Creator — in our home and at our table!

Awesome. Will we rise to the challenge? Will we take advantage of the opportunity?