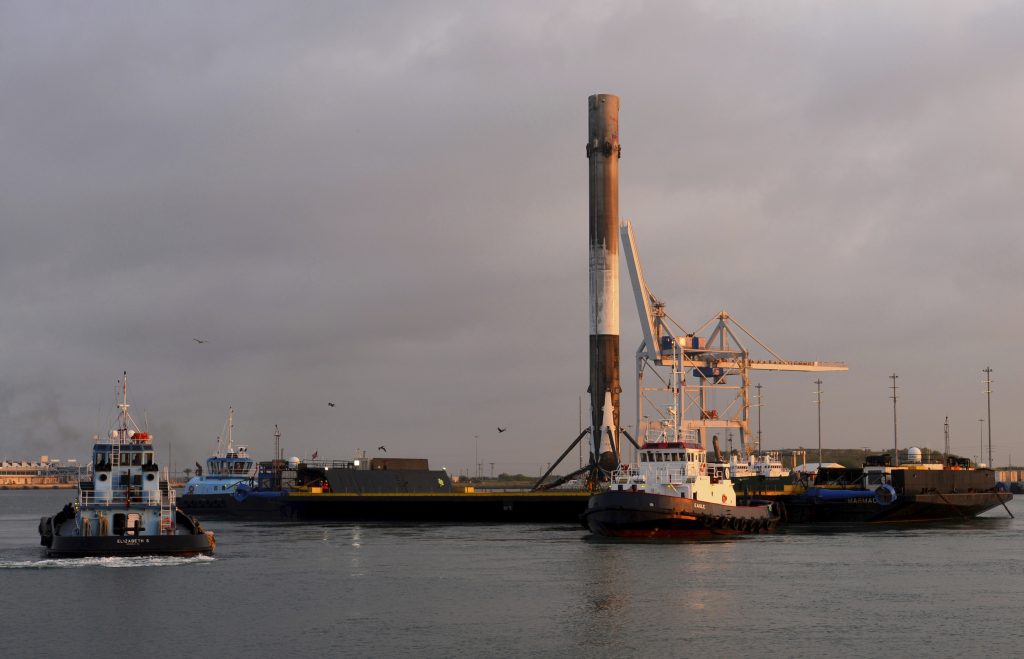 SpaceX’s first reused rocket is back in port, five days after launching a satellite.

The singed 15-story booster returned atop a barge to Florida’s Port Canaveral on Tuesday.

It was the second flight for the Falcon 9’s first-stage core — and a first for SpaceX. Both times, the leftover booster landed upright on an ocean platform following liftoff.

SpaceX founder and chief executive Elon Musk has championed recycling rockets since his company’s founding 15 years ago, to save time and money. Usually, they’re discarded into the ocean after launch.

Musk plans to retire the recycled booster and display it in Cape Canaveral.

SpaceX, meanwhile, plans to launch another satellite this month, but with a fresh booster.