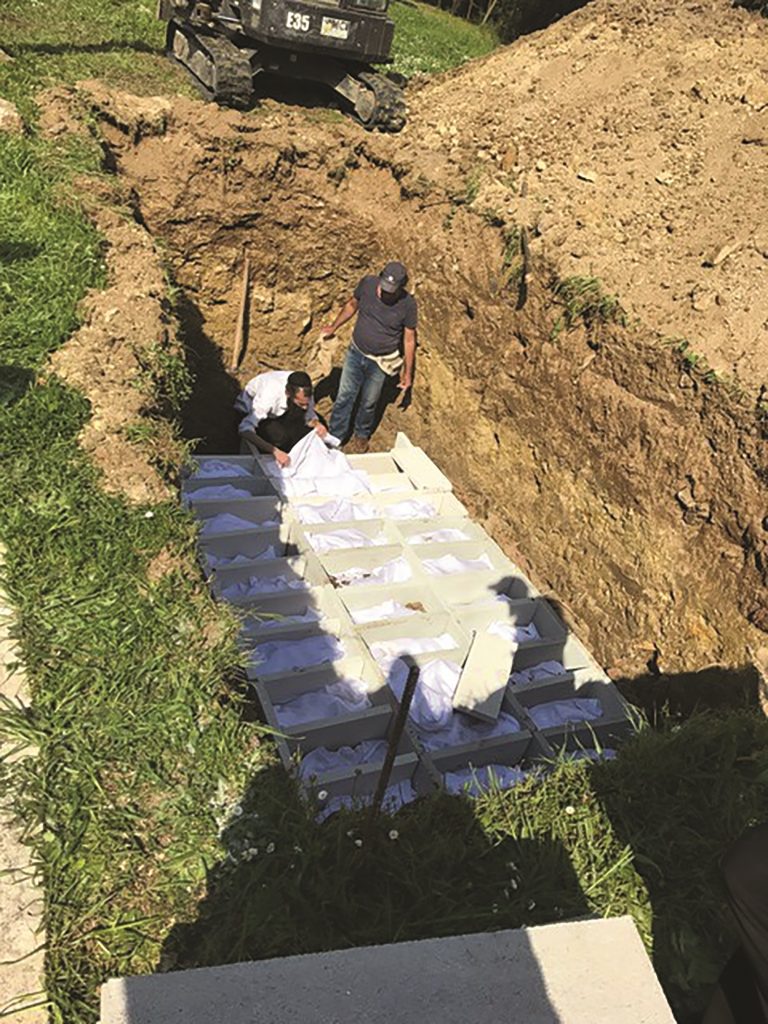 Nearly two weeks after archaeologists announced that they had unearthed the remains of 38 bodies from a historic Jewish burial ground in Rome, the city’s Chief Rabbi has succeeded in re-interring them in the community’s active cemetery.

The discovery was made as part of excavations taking place in advance of planned construction in the area of the cemetery. Following the finding, Rabbi Riccardo Di Segni initiated talks with the city agency that led the dig, to ensure that the remains be reburied as soon as possible, in accordance with Jewish law.

The remains were exhumed from an area once known as the Campus Iudeorum, or Field of Jews in Latin. It was used as the main burial grounds of Rome’s Jewish community from the 14th century until about 1580, and was long ago leveled and built upon.

In anticipation of the release of the remains, Rabbi Di Segni consulted with other Rabbanim and experts to prepare graves appropriate for the interment of skeletal remains. On Tuesday morning, Roman officials turned the bones over to the Jewish community; by afternoon, the reburial had taken place.

“There was no time to arrange for any ceremony because we wanted to bury them as fast as possible. A lot of arrangements had to be made at the last minute and we ran to get it done,” Rabbi Di Segni told Hamodia.

A procedure that has been used for the reburial of bones in other countries was followed. The remains were placed in 38 separate compartments in the same area. The process was overseen by Rabbi Di Segni along with three experts who traveled from Eretz Yisrael to assist, and a member of the chevrah kaddisha of Rome.

Very little is known about the identities of the bodies that were removed in the dig. A small piece of stone with Hebrew writing that says “here lies” is believed to have come from a matzeivah. Nails and some shards of wood have also been unearthed; these are believed to be the remains of coffins.

It was widely known that the office complex known as the Palazzo Leonori was built on the site where the cemetery had been centuries before, in the Trastevere neighborhood near the Tiber River that was once home to Rome’s Jewish community.

In 1645, Pope Urban VIII seized the community’s cemetery and gave them a new burial ground on the slopes of the Aventine Hill overlooking the Circus Maximus. That cemetery was destroyed by the Mussolini government in 1934.

Nearly 20 years prior to the forced relocation, papal authorities forbade the placement of headstones at Jewish graves and removed most of those that existed.

Rabbi Di Segni said that a new grave marker will be placed at the spot of their new resting place.