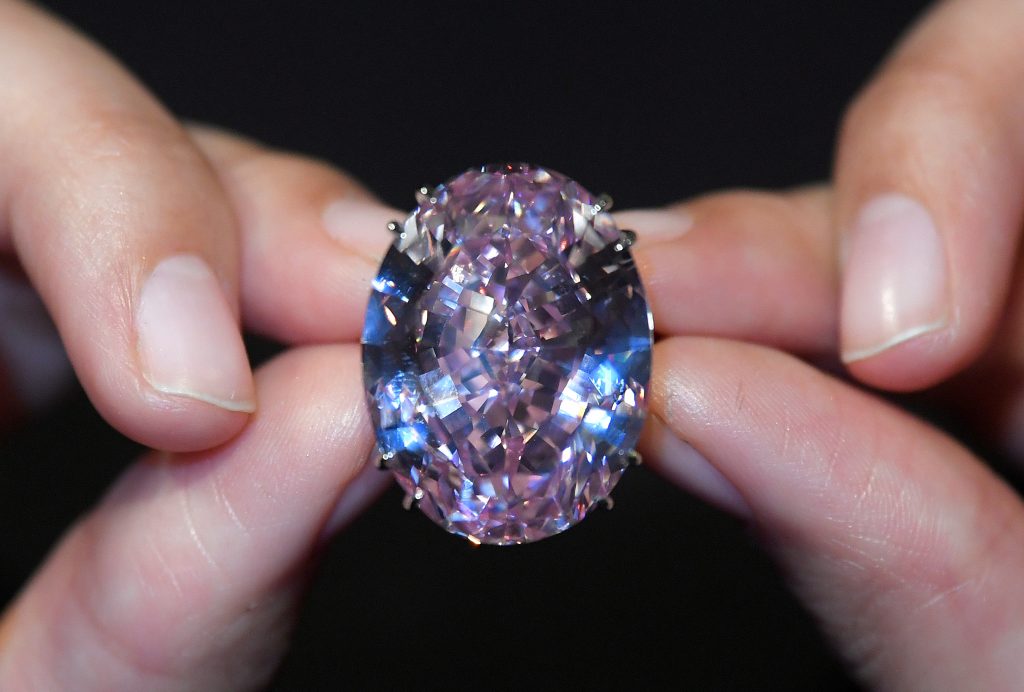 A 59.60-carat pink diamond sold for a record $71.2 million in Hong Kong on Tuesday to local jewelers Chow Tai Fook after a five-minute bidding war between three phone bidders.

The “Pink Star,” the largest Internally Flawless Fancy Vivid Pink diamond ever graded by the Gemological Institute of America according to Sotheby’s, set “a new record for any diamond or jewel at auction,” the auction house tweeted.

The diamond failed to sell in November 2013. The gem fetched a record $83 million but the buyer could not pay.

However, Patti Wong, chairman of Sotheby’s Asia, said the Tuesday’s three bidders had been vetted for this sale.

“We’re not worried at all.”