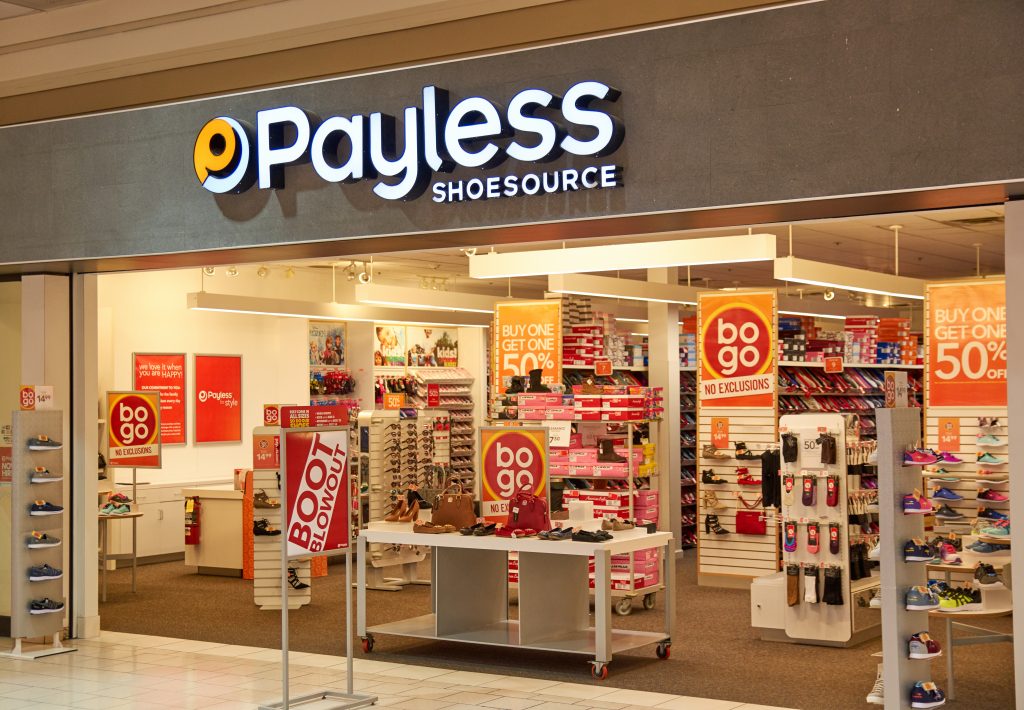 The Topeka, Kansas-based company employs almost 22,000 people, according to its website, and has more than 4,000 stores in 30 countries. In the weeks before the filing, it was said to be considering closing as many as 500 locations, Bloomberg News reported.

U.S. retailers have been trying to navigate changing consumer habits, including a shift to online shopping and fewer visits to the mall. In the past year, clothing chains American Apparel and Limited Stores have begun shutting down retail operations, while dressmaker BCBG Max Azria and discount chain Gordmans Stores filed for bankruptcy with plans to auction their assets. Even a behemoth like Sears Holdings Corp. has warned investors that its prospects to continue as a going concern are dimming.

Payless has a $520 million term loan due in 2021 and a $145 million loan maturing the following year, according to data compiled by Bloomberg. Moody’s Investors Service and S&P Global both downgraded the company’s debt in February because of falling revenue and mounting obligations.

Payless sprouted from a lone store that opened in 1956 in Topeka, offering low prices and customer self-service. The chain has been owned by private-equity firms Golden Gate Capital and Blum Capital Partners since a 2012 buyout, part of the split of publicly traded Collective Brands Inc.