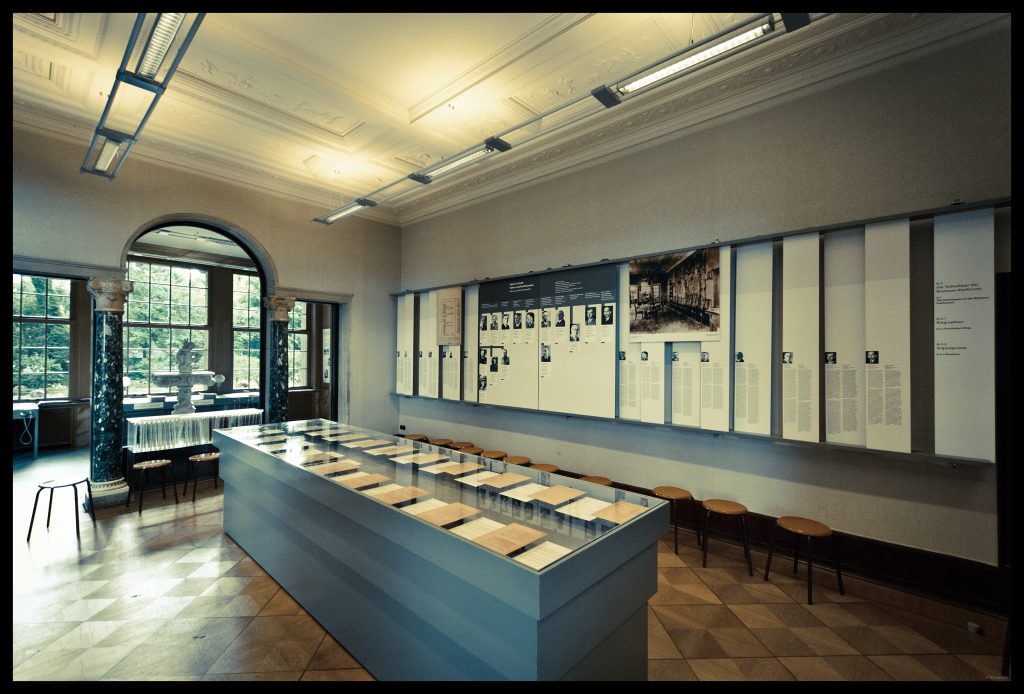 New York’s state education chief denied on Tuesday praising an assignment by a teacher in a central New York school district for students to debate the pros and cons of the Nazis’ Final Solution.

In a statement sent to Hamodia, Commissioner MaryEllen Elia said that her earlier compliment of the project as promoting “critical thinking” in students came before she was aware of the details.

“Since first learning of the assignment, I’ve done my homework to determine the facts in this situation,” Elia said. “I spoke with district officials about this serious matter. We agree the assignment should not have been given. The teacher apologized and the assignment will not be used in the future.”

An education department officials clarified that Elia was asked about the incident last Thursday and clearly stated that she was unaware of what happened. The official blamed the media for taking her quotes out of context.

“The commissioner clearly said she was not familiar with the circumstances of the assignment and did not in any way condone the assignment,” the official said on background.

The firestorm began when students Archer Shurtliff and Jordan April, both 17-year-old seniors at an Oswego County high school, were assigned by their teacher to write a fake memorandum from the perspective of a Nazi official, either for or against the extermination of the Jewish people.

Michael DeNobile randomly assigned half the students to argue for, and half to argue against. He picked Archer to be in favor of the Holocaust while Jordan would challenge him — all from the perspective of a Nazi arguing to Adolf Hitler on economic or military grounds. None of the students in the class are Jewish.

The memorandum was marked in red letters “Top Secret,” and required the “against” side to go beyond vilifying the Nazis in their presentation.

“CAVEAT: The point& of this& activity is not for you to& be sympathetic to the Nazi point of view,” DeNobile emphasized. “Ultimately, this is an exercise on& expanding your point of view by going outside your comfort zone and training your brain to logistically find the evidence necessary to prove a point,& even if it is existentially and philosophically against what you believe.”

Shurtliff and April said they were “disturbed” by the assignment, particularly when they overheard a classmate say he wished he’d been assigned to argue “for.”

They took their concerns to the teacher, as well as district officials, and an alternative assignment was offered. But the duo refused to withdraw their complaint, calling on their teacher to apologize and the district to permanently retract the assignment.

“It’s settled opinion,” Shurtliff said. “You can’t say that Jews deserve to die. It should be a settled thing.”

Their efforts, which began taking the form of a local campaign, ratcheted up statewide last Thursday during a visit by Elia to Syracuse. The education chief was asked by a reporter for Syracuse.com about the assignment. Elia responded that she knew nothing of it.

“They were given an assignment where they were asked to defend the Holocaust,” the reporter explained, according to audio of the event sent to Hamodia by the education department.

Elia then gave an answer which the reporter understood to be defending the assignment but which Elia’s spokesperson said clearly had nothing to do with the incident itself.

“Without knowing the circumstances, how that was presented to students, the thought processes that went through, the preparation the teacher had in making the students aware of the situations that occurred in Nazi Germany and the positions — clearly what we need to teach our students is critical thinking,” Elia replied. “We need to teach them how to analyze the arguments and positions and facts that are out there on social media and across all of our media.”

“It’s really important that we have critical thinkers, critical readers who look at everything, who ask for the source and get to the real facts,” she added. “As we know, it’s kind of a punch word right now — are things facts? We have to teach our students to recognize that.”

The response garnered an explosion of criticism and calls for Elia to resign.

“This is horrifying,” said Ruth Lichtenstein, the founder and director of Project Witness, a premier Holocaust education center. “We have to stop it before if becomes the norm. We hope and pray that the authorities will understand the significance of it.”

Evan Bernstein, director of the Anti-Defamation League’s New York branch, criticized it, saying that “there is no assignment that could ever be given to students that even hints at a balanced perspective to the horrors of Nazi actions during the Holocaust.”

State Sen. Jim Tedisco, an upstate Republican, called on Elia to resign “unless she could prove she had immediately denounced the assignment when asked about it.” Assemblyman Dov Hikind said the essay was “a knife in the back to Holocaust survivors” and called Elia’s defense of it “a sick joke.”

Charles Lavine, an assemblyman from Glen Cove, a child of Holocaust survivors and president of the New York Chapter of the National Association of Jewish Legislators, pronounced himself “sincerely troubled” by Elia’s comments.

On Monday, Elia responded to the controversy by issuing the statement distancing herself from the essay. The ADL welcomed her disavowal but warned that the state must act quicker to prevent these things from happening in the future.

“When developing curricula,” the ADL said in a statement, “educators must recognize the detrimental impact of such role-playing activities and understand the deep sensitivities surrounding such a topic.”

Interestingly, Oswego County played a pivitol role in saving some Jews from the Holocaust.

In 1944, President Franklin D. Roosevelt greenlighted the short-lived Operation Safe Haven, which brought over nearly 1,000 Jews to live in the United States. The pilot project, which was unfortunately not replicated, founded the only Jewish refugee center in Oswego. Jews who were brought over had to sign an afidavit that they would return to Europe when hostilities ceased.