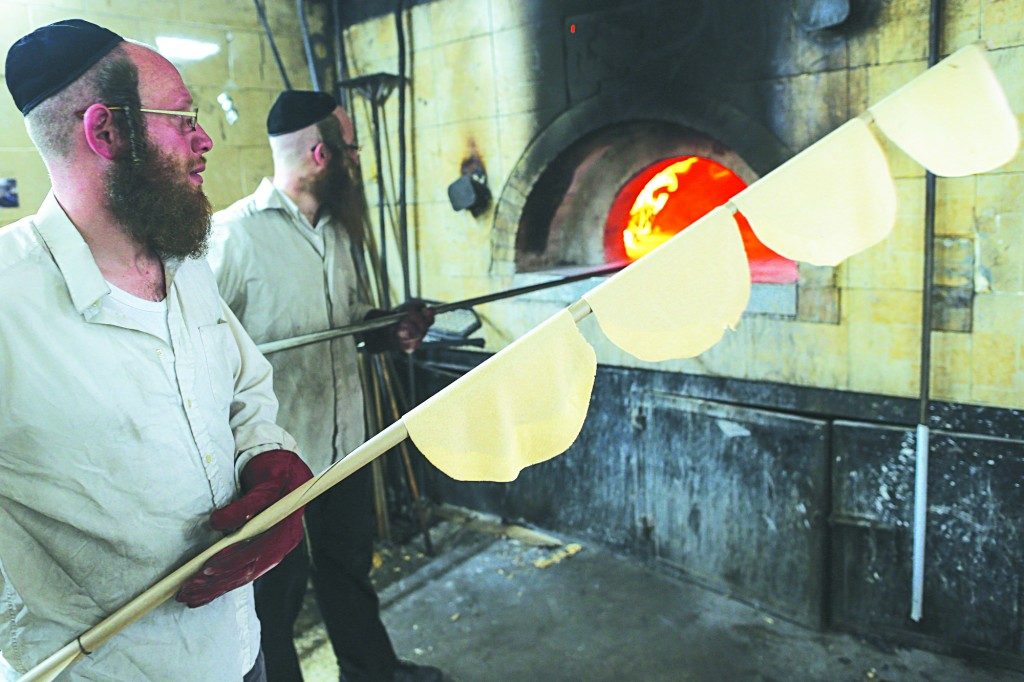 No solution! No way out! It is a feeling that matters are well beyond our own capabilities to address. How many times do we feel that we have reached such a point?

Whenever one is confronted by that seemingly insurmountable problem, one might benefit in taking a good look at the Ma’asa Nisim (the Nesivos on the Haggadah) that can be found in the Otzar Hatefilos siddur.

The Nesivos (Rabbi Yaakov Lorberbaum) presents a creative solution to a difficult paragraph with which we begin Maggid at the Seder. The paragraph contains three seemingly unrelated sentences. First, we point to the matzah and announce Ho lachma anya d’acholu avhosona b’ara d’mitzrayim — This is the bread of affliction that our forefathers ate in the land of Mitzrayim.

So far, so good. Matzah is called lechem oni according to one pshat because it is the bread upon which we recite many things. It would thus be fitting to identify the matzah as the bread that our forefathers ate in the land of Mitzrayim as we begin to tell the story of Pesach.

Then comes a difficult second sentence. “Kol dichfin yeisei v’yeichol, kol ditzrich yeisei v’yifsach — Anyone who wants, come and eat, anyone who needs, come and participate in the korban Pesach.”

If we want to invite people to our Seder, the time to do so is before we come home and close our doors, so no outsiders can hear. It should have been done before Pesach or at least in shul after Maariv. We should have announced that anyone who still doesn’t have a place to eat, yeisei v’yeichol — come home with us and eat.

And what is the second part of that sentence about the korban Pesach? Unfortunately, we cannot yet bring our own korban Pesach. How are we inviting others to join in with us?

But what is it doing here as an introduction to Maggid?

The Ma’asa Nisim explains that the compiler of the Haggadah was confronting a serious problem. He was preparing a version of the Haggadah to be recited at a Seder that is taking place in galus.

When we lived in Eretz Yisrael and possessed a Beis Hamikdash, we celebrated our exodus from Mitzrayim and our ability to serve Hakadosh Baruch Hu in His Mikdash on His land. There was no question as to why we were celebrating — it was obvious. At that time, we said “k’ho lachma anya” — this matzah is a reenactment of the difficult times that we went through in Mitzrayim. We took it as a symbol — to remind us of how our forefathers were once oppressed.

What are we celebrating now — in this difficult and long galus? Why do we celebrate coming out of Mitzrayim when we are back in Bavel or Rome or Auschwitz or even New York? Even if we are zocheh today to live in Eretz Yisrael, it still is without the Beis Hamikdash and the korban Pesach.

The Baal HaHaggadah expresses that question with a statement “Ha lachma anya.” This is the same poor bread that our forefathers ate in Mitzrayim. What is the celebration? If a man is put into jail and then released, it would be fitting for him to celebrate the anniversary of his release. If he is put back into jail, however, it is doubtful that in jail he would celebrate because he once was taken out of jail.

He explains that there is one exception. That is when the original release is the reason that one can be confident that he will be released again. When we left Mitzrayim, it wasn’t just that we left. Hakadosh Baruch Hu announced to the world that we are His nation. We became eternally tied to Him and He became Hashem Elokei Yisrael — the G-d of the Jewish Nation. As such, even if we don’t deserve it, He ultimately has to redeem us to protect His honor.

Each year Pesach reminds us that Hakadosh Baruch Hu has the ability to redeem us, and because His name is attached to us He definitely will. That is the reason to rejoice.

What kind of celebration does it deserve — A small kiddush among friends or a giant wedding party to which you invite all who would like to join?

It is such a great simchah that we invite all those who would like to join, because although today we are here, the fact that Hakadosh Baruch Hu promised to take us out and proved on Pesach that He could take us out convinces us that next year we will be free and in Eretz Yisrael.

Not unlike Rabbi Akiva who was able to see the silver lining in every catastrophe, the Baal HaHaggadah lets us know right at the beginning that all our trials and tribulations will have a happy ending. We have an All-Powerful Father in Shamayim who loves us and watches over us and is looking forward to the day that He can bring us back to His service.

No solution? It doesn’t exist? No dear friend, not quite. Hakadosh Baruch Hu put us in the situation and because He loves us we know that it will end well.

Have a Chag Kasher V’Same’ach.

The author can be reached at rabbisbloom@gmail.com.