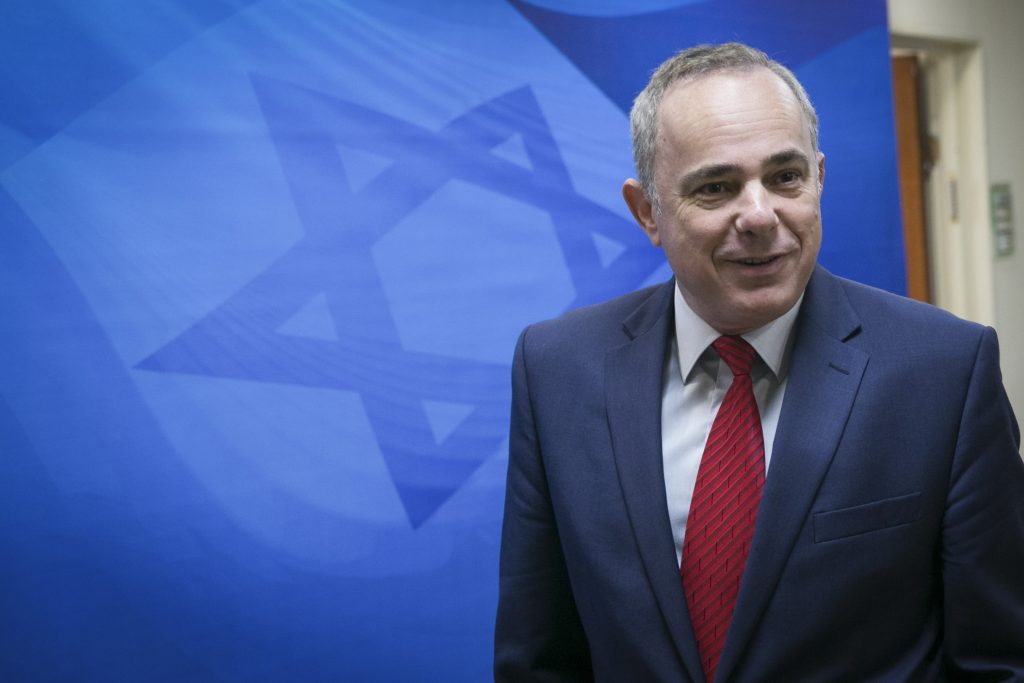 After years of haggling with Israeli regulatory authorities and politicians, natural-gas companies have begun actual drilling at the huge Leviathan reservoir off the Israeli coast.

“Last night we started drilling at Leviathan,” said Yossi Abu, CEO of Delek Drilling and Avner Oil Exploration, at the 9th National Committee for Energy conference in Tel Aviv on Tuesday morning. “We are determined to increase and satisfy the demand of the Israeli economy.”

Minister of National Infrastructure, Energy, and Water Resources Yuval Steinitz paid a visit to the Leviathan rig, where he recalled his visionary policy and looked into the future some more:

“A year ago, when I spoke about exporting gas to Turkey and Italy, it seemed like a fantasy,” Mr. Steinitz said. “Now it turns out that we have renewed relations with Turkey, and Israel is also becoming an important energy player vis-à-vis Italy and Europe in general.

“We’re on the map in natural gas, too, not just in high tech. We already have enough gas now to justify two export pipelines, and the forecasts say that within a few years, the quantities will be much bigger, so a pipeline to Turkey won’t be at the expense of a pipeline to Italy. We’re working on them simultaneously – we’re in touch with Egypt, and there are other directions. At least two export horizons will be developed, and if quantities increase in the coming years, maybe more.”

However, Steinitz was not so pleased with the Leviathan investors, who have not exactly leapt onto the bandwagon of the projected Israel-European gas pipeline.

According to Globes, senior European officials said on Monday that “the potential natural gas reserves of Israel and Cyprus were greater than those of Norway,” rated 16th in the world in proven natural-gas reserves and a major supplier to Europe.

“In yesterday’s discussions, the EU presented its forecast, which sounds even more positive and optimistic than our official forecasts that mention doubling or tripling the existing quantities, but we’ll wait before we speak,” Steinitz said.

Then, referring to Noble and Delek, the main developers of Leviathan, Steinitz said:

“Someone who already has a gas reservoir is interested in short-term projects, and is less interested in projects like a cross-Med gas pipeline, for which the timetable is eight years. I’m always attentive to the private sector, but in the end, the place where Israel’s policy and overall navigation is determined is here. The energy companies aren’t managing the energy sector; the government is managing the energy sector.”