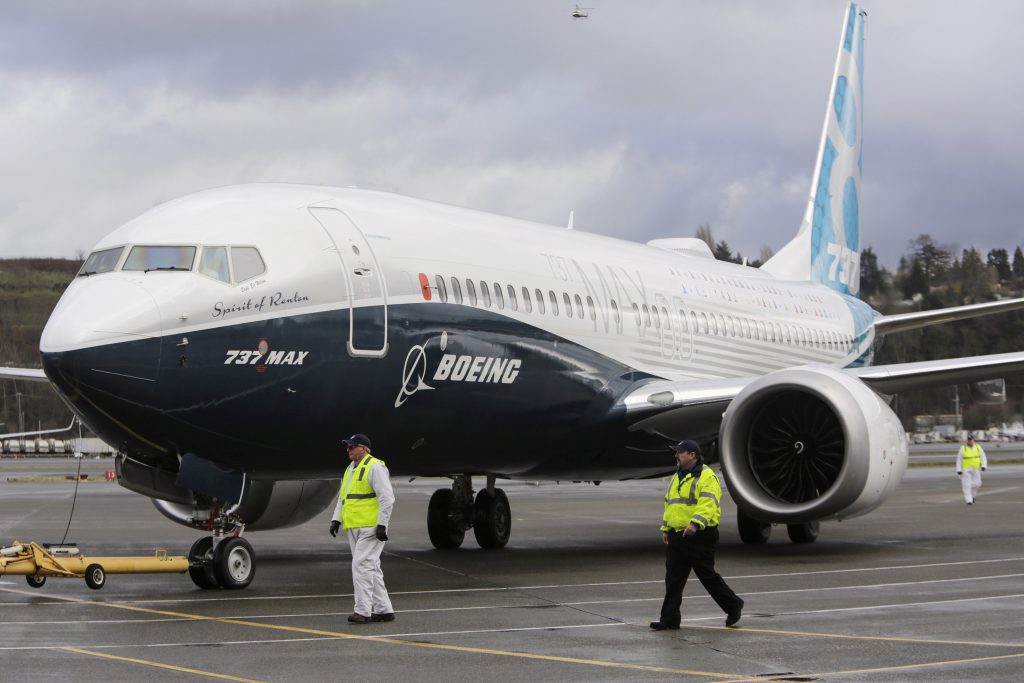 Boeing landed its second jetliner sale to an Iranian airline since the 1970s, a $3 billion deal that sets up a test of the planemaker’s ties with President Donald Trump.

The pact with Iran Aseman Airlines to purchase 30 of Boeing’s 737 Max planes adds to a separate $16.6 billion agreement with Iran Air, which the Chicago-based manufacturer is still finalizing. If completed, the transactions would be the first U.S. aircraft exports to Iran since the Shah era.

Boeing may be “setting themselves up for conflict with the Trump administration or Republicans in general,” said Mr. Aboulafia, vice president at Teal Group. “To a certain extent they are imposing a level of conflict on Republicans because they are going to have to balance manufacturing jobs to export markets with getting tough on Iran. It’s tough to thread that needle.”

Airbus and Boeing have been making inroads in Iran since the Obama administration and other world powers agreed to lift sanctions on commercial-jet sales in reward for a nuclear agreement. Whether the U.S. manufacturer closes the transactions is far from certain, given the hostility by hard-liners in Iran and some Republicans in Congress to measures that would restore trade.

“It’s concerning,” Sen. Marco Rubio told reporters in the Capitol when asked about the deal. Asked if he could or would do anything to block it, the Florida Republican said, “Maybe.”

Financing the multibillion-dollar purchases also will be a challenge, given the restrictions still in place on lenders doing business with Iranian companies, Aboulafia said. Aircraft lessors may be hesitant to provide financing if the threat of renewed sanctions raises a risk they couldn’t reclaim the planes if Iranian carriers defaulted.

While Iran wants to upgrade its museum-vintage fleet because of safety concerns, it isn’t clear the Middle Eastern country would be able to absorb the hundreds of aircraft it is ordering from Boeing and Airbus.

“If you add it all up, Iran needs nothing like the number of jetliners they are committing to. It’s not clear they can afford them either,” Aboulafia said.

The Iran Aseman deal, announced in a statement Tuesday on Boeing’s website, provides the airline with an option to buy 30 additional 737 Max planes. Deliveries of the single-aisle jet are scheduled to start in 2022. The value is based on list prices, which typically are heavily discounted.

A sale of that size would create or sustain about 18,000 U.S. jobs, Boeing said, citing Commerce Department calculations. The company said it would seek purchase approval from the U.S. Office of Foreign Assets Control.

Sen. Ben Cardin, a Democrat from Maryland who is the ranking member of the Foreign Relations Committee, said there is little Congress can do to block the plane sale as long as it meets the terms set out in the nuclear deal. That was echoed by Sen. John McCain, a Republican from Arizona who has been a leading voice against the nuclear deal.

“I have opposed the Iranian agreement and I am not interested in doing anything to help the Iranians but what they’ve done is completely legal,” McCain said. “They’ve got the money and it’s not a weapons system, so it doesn’t require any involvement from the Congress.”

The purchase would help modernize Iran’s Aseman fleet after the carrier in December was banned by the European Union for “unaddressed deficiencies.” The European Commission, the EU’s executive arm, has maintained a blacklist of airlines since 2006 after a series of crashes prompted European governments to seek a uniform approach to airline safety.

The Iranian carrier operates 33 planes, including two Boeing 737s and five Boeing 727s, according to its website. Almost half of the fleet consists of Fokker 100 aircraft. The airline reached an earlier pact to lease seven Airbus planes.

Boeing’s December agreement with Iran Air was the first of its kind since the Islamic Revolution. The company’s last airplane deliveries to Iran were 747 jumbos that arrived in 1977, according to the company’s website.

While Boeing and Iran’s flag carrier are still working out final terms for deliveries that would begin next year, Airbus has delivered the first aircraft for its separate $19 billion sale.

“The contract agreement we signed late last year had contingencies on it that are still being worked,” Tim Neale, a Boeing spokesman, said by email.

The House in November passed legislation along party lines attempting to block Boeing from financing aircraft sales to Iran, but that measure didn’t move in the Senate before that session of Congress ended. The House hasn’t yet revived the bill this year.

Senate Foreign Relations Chairman Bob Corker of Tennessee and at least a dozen other Republican and Democratic senators introduced a bill last month that seeks to expand sanctions on Iran over its ballistic-missile development, support for terrorism and human rights violations, according to a statement. Those would be targeted against people involved with Iran’s ballistic missile program and those that transact with them, as well as the Islamic Revolutionary Guard Corps.

Republicans in Congress strongly opposed the 2015 agreement between the U.S. and five other nations, including Russia, designed to stop Tehran from developing nuclear weapons. Iran agreed to redesign and reduce its nuclear facilities in exchange for relief from economic sanctions.

Mr. Trump campaigned against the deal, which he said was bad for American interests and security. He said during a series of election rallies that he would tear it up and renegotiate it, but he hasn’t yet taken public steps to scrap the accord.