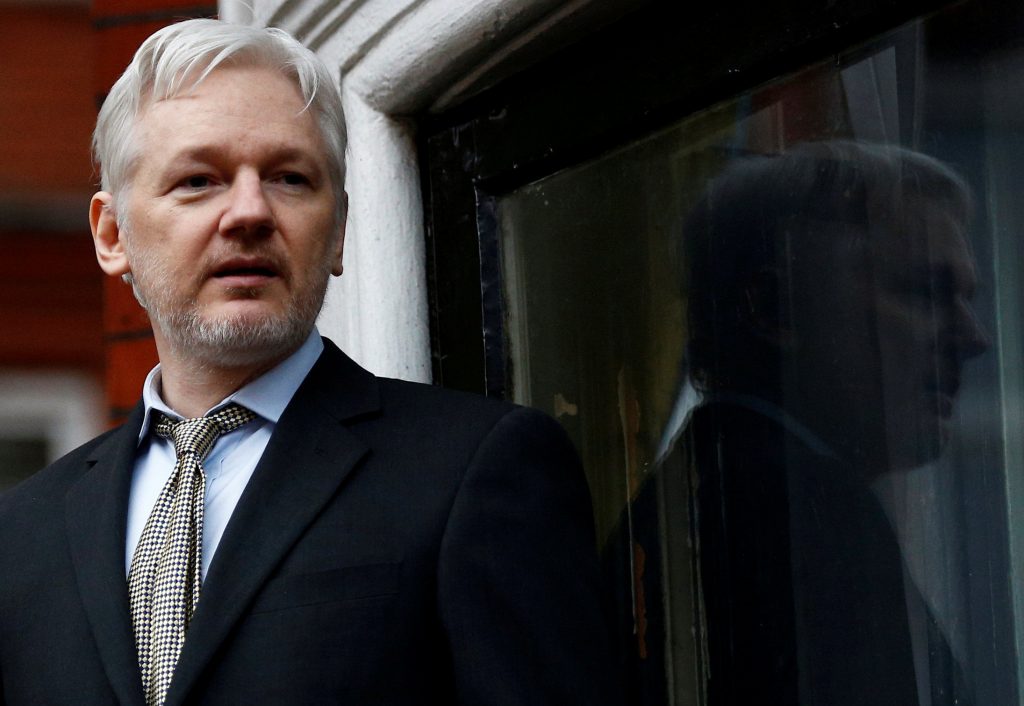 WikiLeaks founder Julian Assange is celebrating the results of Ecuador’s presidential runoff with a blast at the losing candidate who had pledged to evict him from Ecuador’s embassy in London.

Mr. Assange has been holed up at the diplomatic mission since 2012, when President Rafael Correa granted him asylum.

Before the election, conservative banker Guillermo Lasso had said he would evict the Australian activist, who is wanted for extradition by Sweden, within 30 days of taking office. Ruling-party candidate Lenin Moreno, the apparent winner in Sunday’s tight race, said he would allow him to stay.

On his Twitter account shortly after the results became known, Assange took a jab at Mr. Lasso’s pledge.

“I cordially invite Lasso to leave Ecuador within 30 days (with or without his tax haven millions),” he wrote, alluding to allegations the banker had stashed money abroad.

Assange, whose relationship with Correa’s government has been rocky, also appears to want to make nice with his new host. On Monday, he posted two secret U.S. diplomatic cables on Mr. Moreno that describe the politician in flattering terms.

In one from 2007, former U.S. Ambassador Linda Jewell describes Moreno as a bridge builder with a good sense of humor who will have a moderating influence on Correa, a firebrand leftist who closed down a U.S. military base.

“Moreno conveys a mature, serene demeanor and a genuine commitment to making a positive difference for his country,” according to the confidential cable.

Last year, Assange found himself in an angry public dispute with his hosts, who briefly cut off his internet access in retaliation for WikiLeaks’ publishing of supposedly damaging emails targeting Hillary Clinton’s presidential campaign.

Swedish prosecutors are investigating Assange over an unrelated crime in that country in 2010. Assange has denied the accusations against him, and refused to meet prosecutors in Sweden, fearing he would be extradited to the U.S. to face espionage charges if he leaves the embassy.