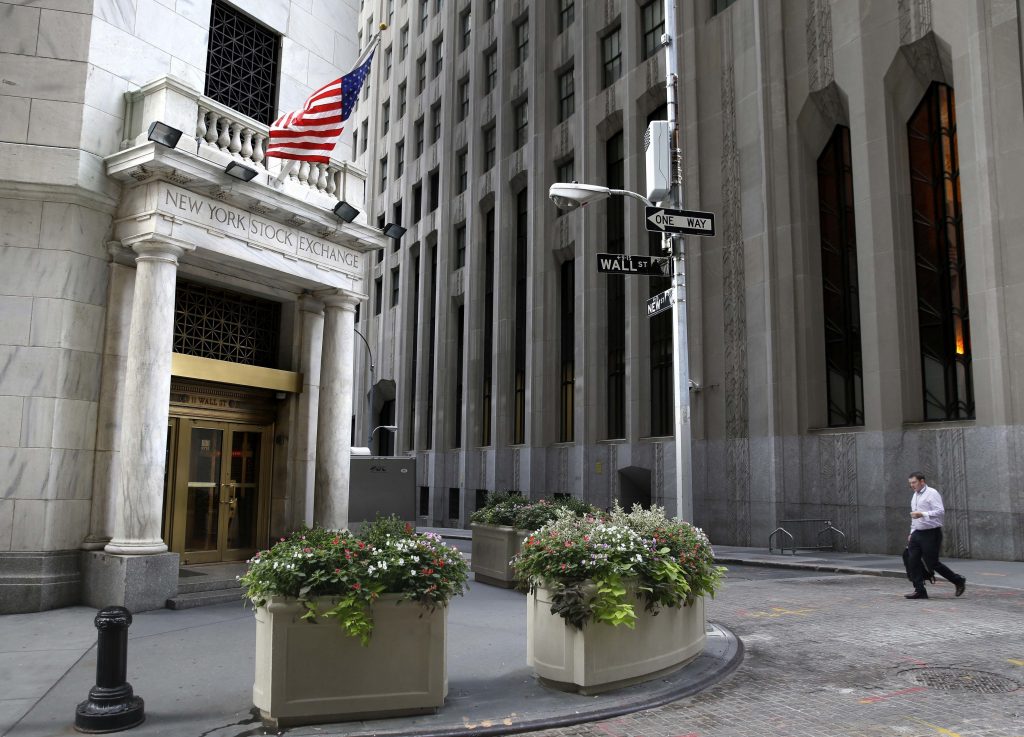 The move comes barely two weeks after the administration had to pull legislation to overhaul the U.S. healthcare system.

Trump’s campaign promises to cut tax, ease regulations and spend more on infrastructure had driven Wall Street to record highs. However, after the administration’s recent legislative setbacks, investors are worried when and if these promises will be fulfilled.

“It doesn’t feel like the market is in panic, just that it is reassessing what the expectations were, and we were going to get a lot of reforms quickly; and now it’s clear that we’re not,” said Ken Polcari, director of the NYSE floor division at O’Neil Securities in New York.

“That, coupled with coming into earnings and tax season, Trump over the weekend trying to pound his chest over North Korea … that creates anxiety in the market.”

President Trump held out the possibility on Sunday of using trade as a lever to secure China’s cooperation against North Korea, in comments that appeared designed to pressure Chinese President Xi Jinping ahead of his first meeting with Trump later this week.

Investors are waiting to see if corporate reports in the impending earnings season justify the lofty valuations. The S&P 500 is trading at about 18 times earnings estimates for the next 12 months, above its long-term average of 15.

The CBOE Volatility index, known as Wall Street’s ‘fear gauge,’ was up at 13.34 points, on track to rise for the third straight trading day.

“The banks faced issues like slowdown in commercial lending growth this quarter. Investors think that the banks have not done quite well this quarter,” said Stephen Biggar, an analyst with Argus Research.

Tesla shares gained as much as 5.7 percent to a record high after the electric car maker reported record first-quarter vehicle deliveries.

But, other automakers fell after reporting March sales that came in below market expectations. GM dropped 3.7 percent, Fiat Chrysler sank 5 percent, while Ford was off 2.4 percent.