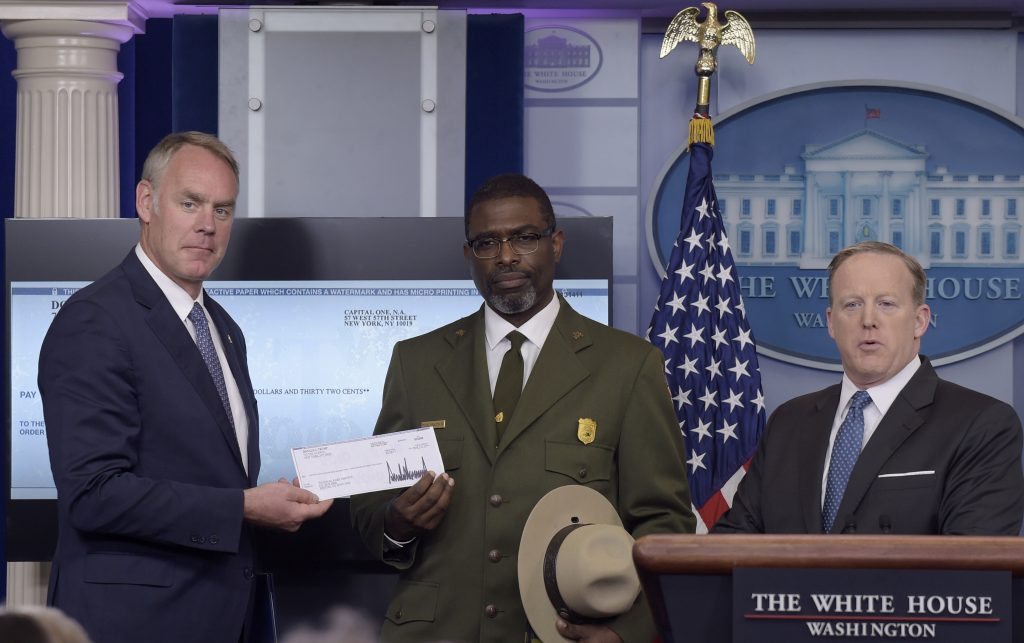 President Donald Trump is donating the first three months of his salary to the National Park Service.

The billionaire businessman-turned-president had promised to forgo his presidential salary. By law he must be paid, so he is donating the money. Taxpayers can write off such donations, potentially lowering their income taxes.

Trump’s has proposed cutting 12 percent from the Interior Department’s budget.