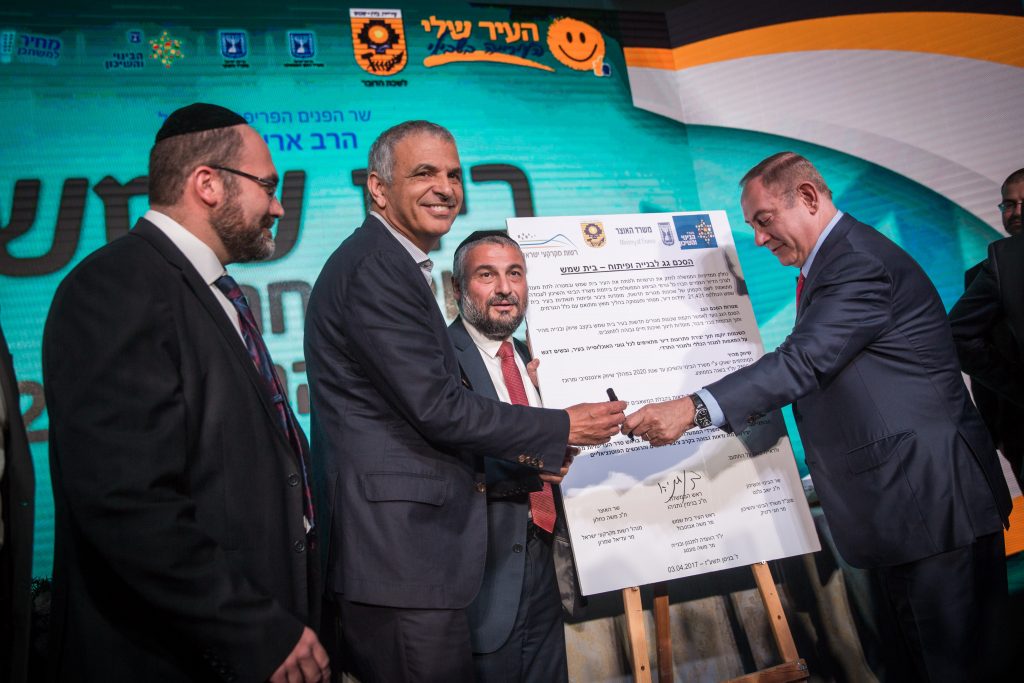 The apartments are slated for Ramat Beit Shemesh D and E, along with commercial space allocated on 130 acres for businesses and hotels. Funds were also pledged for expansion of infrastructure and to improve the local parks and public transportation.

“This new plan will double Beit Shemesh’s size. That’s a huge accomplishment,” Prime Minister Netanyahu said at the ceremony on Monday. “I see this city as becoming one of the largest cities in Israel. It’s developing at a very fast rate, and it is home to chareidi, secular, traditional, Ashkenazic and Sephardic Jews, as well as to new immigrants.

Acknowledging secular-religious tensions in the city, Netanyahu said: “I’m aware of the problems inherent in the new plan, and so are my ministers; but we will solve these problems by working together. This land, and this city, belongs to all of us; and there is room here for everyone.

“We are working to create an amazing future. I can already envision Beit Shemesh reaching half a million residents — and we need to invest in it together.”