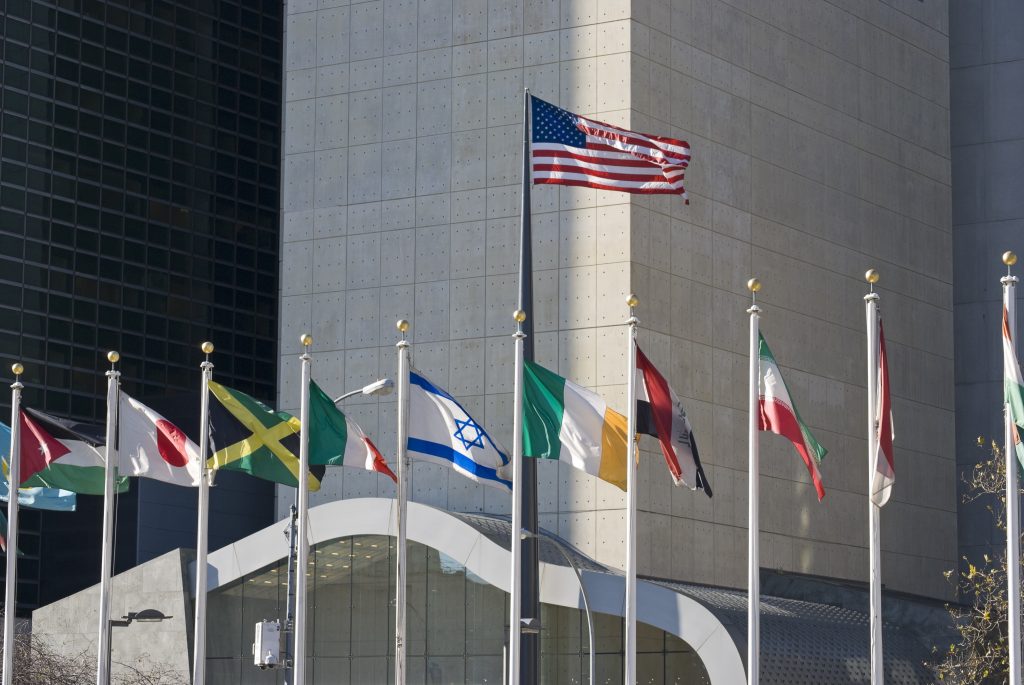 The United States is “exploring everything” to broker a Middle East peace settlement, and her own forceful defense of Israel at the United Nations does not undermine American leverage, the U.S. ambassador to the world body said Monday.

Nikki Haley, President Donald Trump’s tough-talking envoy, also denied any tension among Trump’s national security team over who calls the shots. She praised Secretary of State Rex Tillerson, who has adopted a much lower profile than her own, and confirmed that she originally had interviewed for that higher-ranking position. Tillerson will join her at the United Nations later this month for a special session on North Korea’s ballistic missile and nuclear programs, she said.

“The original call that I received to go to Trump Tower was to discuss secretary of state. No, he did not offer it,” Haley said at a news conference timed to the start of U.S. leadership of the U.N. Security Council this month.

Trump interviewed numerous candidates to lead the State Department during the weeks following his election in November, finally settling on the dark-horse Tillerson, then head of the oil giant ExxonMobil.

“I see Secretary Tillerson as a great partner,” Haley said. “We work very well together,” along with Defense Secretary Jim Mattis, national security adviser H.R. McMaster and others, Haley said.

The power and autonomy of many of those traditionally strong Cabinet and White House jobs are complicated in the Trump administration by the power and proximity of Trump’s son-in-law and adviser-at-large Jared Kushner. His large and growing portfolio includes the search for Middle East peace, which Trump has called “the ultimate deal.”

Kushner turned up in Iraq Monday; Tillerson has not yet visited that nation at the heart of the U.S. effort to defeat the Islamic State. Mattis visited in February.

“We all know that we each have a place in terms of this administration, but more importantly we know that we’re working as a team,” Haley said. “There are not any dynamics that would portray anything other than that.”

Tillerson will join other foreign ministers at the United Nations on April 28 for the North Korea session, she said. On that issue and others, she pledged firm U.S. leadership under Trump that she acknowledged can come across as “aggressive.”

The president is hosting Chinese President Xi Jinping this week at Trump’s Florida estate. North Korea is the U.S. priority for the visit, Haley said. She will not attend.

“At the end of the day, the only one that North Korea is really going to respond to is China,” Haley said.

China, one of the permanent, veto-holding members of the Security Council, is North Korea’s traditional defender and economic lifeline.

The United States will focus on reforming U.N. peacekeeping missions and the world body’s handling of human rights issues during the one-month presidency, Haley said. That is likely to include U.S. criticism of what Haley calls an unproductive and unfair U.N. focus on Israeli treatment of Palestinians.

She said she is not concerned that her strongly worded support for Israel creates the impression that the United States has a finger on the scale in any future negotiation.

“I’ve been honest. That’s all I’ve done, is tell the truth,” she said.

Asked whether she believes that Israel has abided by Trump’s request last month that the Jewish state “hold back” on settlement activity in the West Bank, Haley blamed new home-building announcements on the Security Council’s condemnation of Israeli action. The Obama administration allowed that condemnation instead of vetoing it, as has been the U.S. custom. The Trump administration strongly objects but cannot quickly reverse the action.

“What we have said, is, let’s not do any new settlements. We don’t think that’s supportive of the peace process. We want to see a pause on additional settlements.”

She said Israeli Prime Minister Benjamin Netanyahu is “trying to be responsive to us in pulling those back.”