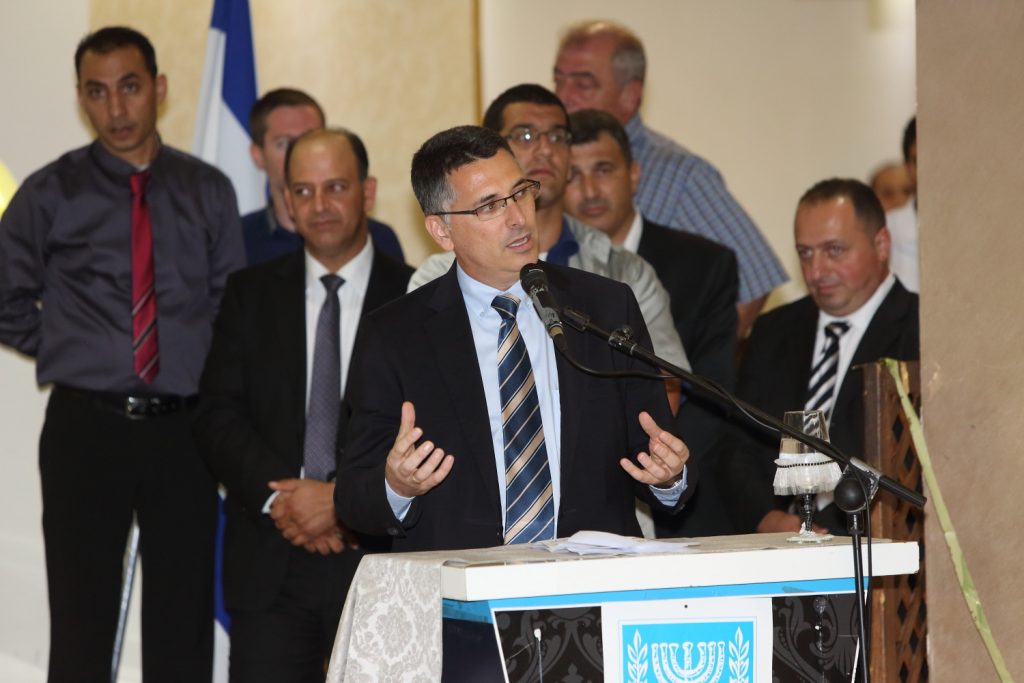 A former minister of education and of the interior, Saar’s return to politics has been a subject of speculation off and on for many months, fueled in large part by the tribulations of Israeli Prime Minister Binyamin Netanyahu and predictions of early elections.

“Life outside of politics is so much better; its higher quality and more relaxed than political life,” said Saar, 47 earlier in the day. “I really enjoy what I do and of course family life.”

But not so much better that he can stay out of politics.

Saar’s opening remark was a crowd-pleaser: “How I have missed this,” was greeted with an enthusiastic ovation.

“I will return from my sabbatical to look for a mandate from the public. When that will happen and how it will happen — let’s wait and be patient. I know the path back [to politics], and I will do it at the right time. I intend to return to public service, and I will announce it when the time is right. When I return to politics, I will go back to my movement — the Likud.”

Saar was a popular figure in the Likud until his departure after a stint as interior minister. He is considered more right-wing than Netanyahu, with more appeal to a younger electorate.

The announcement was made at Likud headquarters in the northern city of Acre.

If Netanyahu persists in surviving the political storms, elections will not be held until November 2019, with the Likud primaries set for half a year earlier.