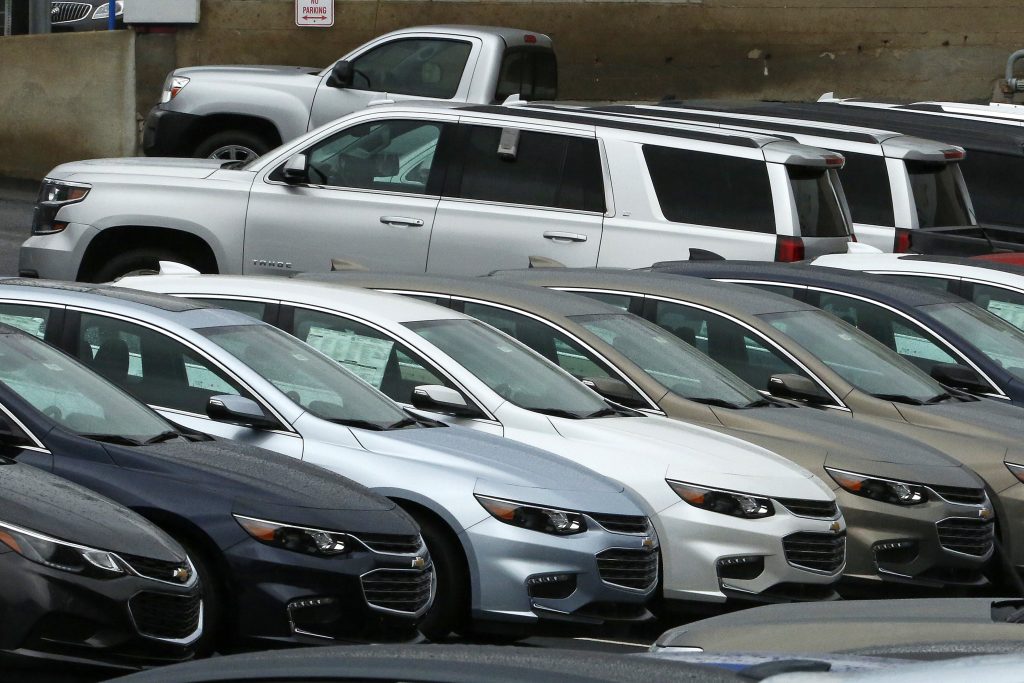 The results cast doubt on expectations that industrywide U.S. auto sales would bounce back following declines in the first two months of the year. Carmakers are using heavy discounts to try to trim inventory that’s swelled to the highest level in more than a decade. GM has dialed back output of cars like the Chevrolet Cruze, while Fiat Chrysler is eliminating models including the Dodge Dart compact.

“Sales are under forecast, and there were a lot of incentives during the month,” Michelle Krebs, an analyst with Autotrader.com, said by phone. “Before long, we will see more production cuts.”

GM sees the industry’s annualized sales pace, adjusted for seasonal trends, at 16.7 million vehicles for the month, according to Jim Cain, a company spokesman. The automaker cut its projection from 17 million, which it had given in a statement earlier Monday. Analysts estimated a pace of about 17.2 million.

Deliveries of GM’s Chevrolet Malibu and Ford’s Fusion family cars each plunged by more than 35 percent last month. GM shares fell as much as 4.4 percent in New York. Ford, now worth less than Tesla Inc. by market capitalization, was down as much as 3 percent, while Fiat Chrysler dropped as much as 6 percent.

“Many automakers are looking for signs of market stability as consumers continue to head towards trucks and SUVs,” Jeff Conrad, senior vice president of Honda’s U.S. sales unit, said in a statement.

“Some of our competitors got really crazy in March,” Judy Wheeler, vice president of U.S. sales for Nissan, said in an interview. Incentive spending across the industry rose 13 percent from a year earlier, a jump of about $415 per vehicle, according to researcher ALG.

Combined sales of Volkswagen’s namesake brand and Audi premium brand rose less than projected as Audi reported a 1.7 percent increase, its smallest gain of the year.

Ford has adjusted its production to respond to changes in consumer demands, Mark LaNeve, Ford’s vice president of U.S. sales and marketing, said on a conference call with analysts. In January, the automaker canceled plans to build a $1.6 billion small-car factory in Mexico.