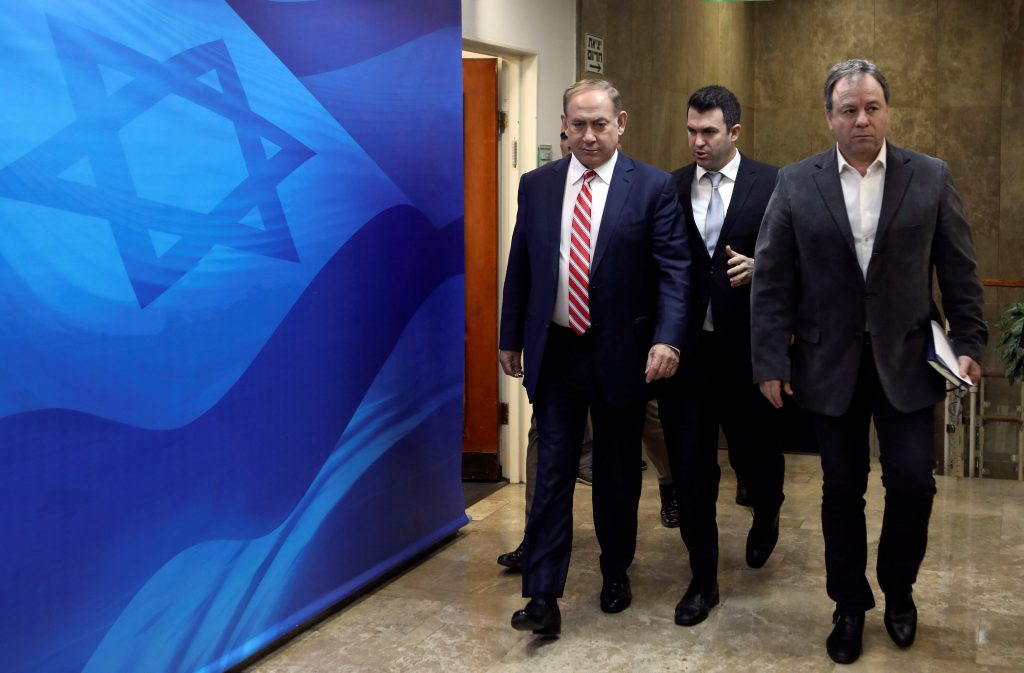 Despite public statements about the positive new atmosphere toward Israel in the White House, and progress being made in U.S.-Israel Negotiations over building in Yehudah and Shomron, it was reported Sunday that a snag has developed. According to Israel Radio, discussions between Israel and the Trump administration have been suspended, citing a lack of progress.

Netanyahu was reportedly hesitant to agree, especially concerning a proposed moratorium on construction outside the major Jewish blocs in Yehudah and Shomron.

The Prime Minister’s Office denied the reports, but has not announced what, if anything, was agreed to.

However, there were indications that understandings, however unofficial and informal, have been reached.

Education Minister Naftali Bennett, usually critical of Netanyahu’s negotiating posture, was surprisingly amenable on Sunday to the policy outlined by the prime minister for continued building only within existing blocs.

“Last Thursday evening the cabinet accepted the policies presented by the prime minister, balanced policies including continued construction in Yehudah and Shomron with no demographic limitations, but with certain [other] limitations,” said Bennett.

“On the face of it, this looks like an acceptable arrangement. The real test will be in its implementation. I told the prime minister that [the arrangement] sounds perfectly fine, but we’ll check it when it’s implemented,” Bennett added.

The Yesha Council was also accommodating, but with reservations.

“In light of the decisions and despite specific limitations, the understandings reached between the Israeli government and the U.S. government will enable the continuation of construction in all [communities] in Yehudah and Shomron, and also the establishment of the new [community] for the residents of Amona,” a statement issued by the council read.

“In this case, too, the real test will be an immediate renewal of the planning, construction and development throughout the settlements, as well as actions in the field. We will be vigilant and will work with the Israeli government to bring this plan to fruition.”

Meanwhile, Haaretz wrote that Netanyahu is putting together a bundle of confidence-building gestures for the Palestinian Authority, at the behest of the Trump administration, and duly informed the security cabinet on Thursday.