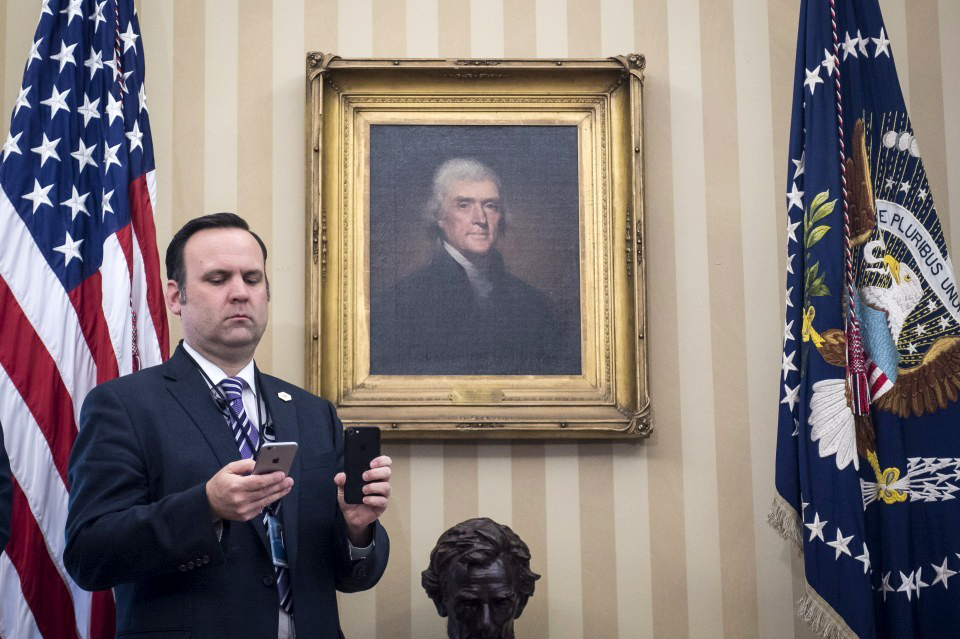 On Saturday, Scavino went after Rep. Justin Amash of Michigan, calling him “a big liability” in a tweet from his personal account. “#TrumpTrain, defeat him in primary,” he added.

Amash is a member of the House Freedom Caucus, which Trump blames for derailing legislation that would have repealed parts of the 2010 Affordable Care Act.

Even though Scavino was tweeting from his personal account, the page at the time listed his official White House position and featured a photo of him inside the Oval Office, noted Richard Painter, who served as the chief White House ethics lawyer in the George W. Bush administration.

Painter said he thinks Scavino’s tweet violated the Hatch Act, which prohibits the use of one’s office for political purposes.

“We would have fired him” in the Bush White House, he said. “This is use of official position for a partisan election. You can’t avoid it.”

A White House official said the tweet did not violate the Hatch Act “as it clearly comes from his personal account and not his official White House account.”

“He created an official account upon entering the White House to ensure compliance with the Hatch Act, and he has taken the necessary steps to ensure there is a clear distinction between both Twitter accounts,” the official said.

By Sunday morning, Scavino had changed the biography on his personal Twitter page, removing the reference to his current post at the White House and noting solely that he was director of social media for Trump’s campaign. He also altered the photo at the top of his personal and official pages, removing images of Trump supporters at a rally holding signs.

However, the profile photo on his personal account is still an image of Scavino inside the Oval Office. And in his apparent haste, he typed the wrong handle for the president, using @realDonaldTump instead of @realDonaldTrump.