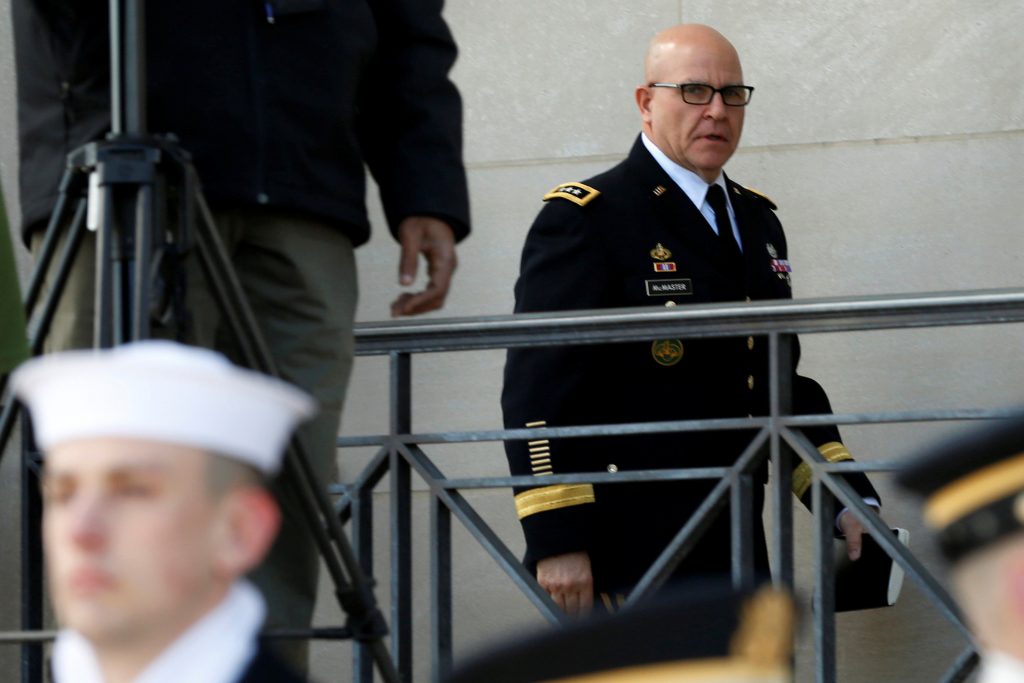 The review, which was accelerated to have it done before Mr. Trump’s summit with Chinese President Xi Jinping this week, includes a range of economic and military measures, but leans towards new sanctions and increased pressure on Beijing to rein in its neighbor, the official said.

The list of recommendations was put together by Mr. Trump’s National Security Council on his orders and was ready for his consideration, the officials said, speaking on condition of anonymity.

It was not immediately clear if the review had reached the Republican president’s desk or how quickly he would decide on a course of action, which could be delayed by the slow pace at which the administration is filling key national security jobs.

Mr. Trump told the Financial Times in an interview published on Sunday that the United States was prepared to respond to North Korean nuclear threats on its own if China fails to pressure Pyongyang.

Mr. Trump made clear he would he would urge China to use its influence with North Korea when he meets Mr. Xi at his Florida resort on Thursday and Friday for their first face-to-face meeting.

The review, which was led by national security adviser H.R. McMaster, proposes a multi-pronged approach aimed at tightening the screws on North Korea economically and militarily, the official said. It will be up to Mr. Trump to decide how and when to proceed, and he could also send the review back for further work, the official said.

While most details remained under wraps, senior U.S. officials told Reuters recently that options under consideration included tougher sanctions aimed at cutting North Korea off from the global financial system, which could entail “secondary sanctions” against Chinese banks and firms that do the most business with Pyongyang.

The U.S. official said Mr. Trump may warn Mr. Xi of such moves, including efforts to beef up South Korean and Japanese anti-missile defenses – something Beijing strongly opposes.

The Chinese have urged Washington to de-escalate tensions with Pyongyang and to find a way to restart negotiations, but U.S. officials say it would be premature to resume talks now because it would be seen as a reward to North Korea for bad behavior.

The chief U.S. concern is North Korea’s efforts to develop an intercontinental nuclear missile that could carry a nuclear warhead and be capable of hitting the United States.

Although the long-standing option of pre-emptive military strikes against North Korea is not off the table, the review gives priority to less risky steps and “de-emphasizes direct military action,” the official said.

Other steps that have been under consideration are escalating cyber attacks and other covert action aimed at undermining North Korea’s leadership, another U.S. source said recently.