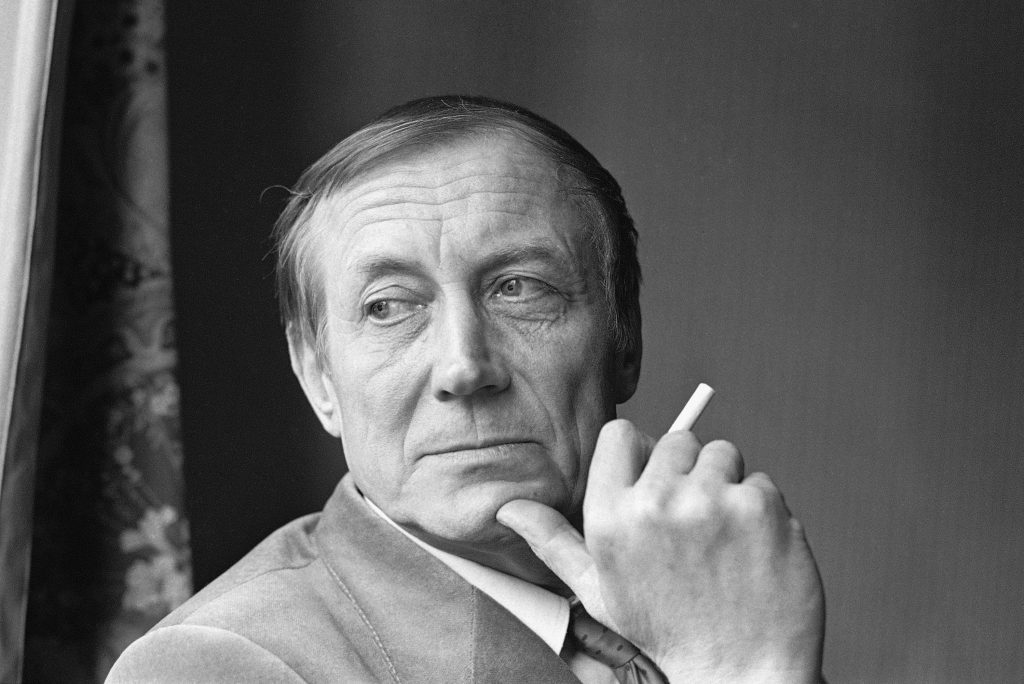 Acclaimed Russian poet Yevgeny A. Yevtushenko, whose work focused on war atrocities and denounced anti-Semitism and tyrannical dictators, has died. He was 84.

Roger Blais, the provost at the University of Tulsa, where Yevtushenko was a long-time faculty member, said he was told Yevtushenko died Saturday morning.

Yevtushenko’s son, Yevgeny Y. Yevtushenko, said his father died at about 11 a.m. and that doctors said he was suffering from stage-4 cancer.

Yevtushenko gained notoriety in the former Soviet Union while in his 20s, with poetry denouncing Josef Stalin. He gained international acclaim as a young revolutionary with “Babi Yar,” the unflinching 1961 poem that told of the slaughter of nearly 34,000 Jews by the Nazis and denounced the anti-Semitism that had spread throughout the Soviet Union.

At the height of his fame, Yevtushenko read his works in packed soccer stadiums and arenas, including to a crowd of 200,000 in 1991 that came to listen during a failed coup attempt in Russia. He also attracted large audiences on tours of the West.

Until “Babi Yar” was published, the history of the massacre was shrouded in the fog of the Cold War.

“I don’t call it political poetry, I call it human-rights poetry; the poetry which defends human conscience as the greatest spiritual value,” Yevtushenko, who had been splitting his time between Oklahoma and Moscow, said during a 2007 interview with The Associated Press at his home in Tulsa.

Yevtushenko said he wrote the poem after visiting Babi Yar, the ravine in Kiev, Ukraine, where the Nazis conducted their mass killings, and searching for something memorializing what happened there — a sign, a tombstone, some kind of historical marker — but finding nothing.

“I was so shocked. I was absolutely shocked when I saw it, that people didn’t keep a memory about it,” he said.

It took him two hours to write the poem that begins, “No monument stands over Babi Yar. A drop sheer as a crude gravestone. I am afraid.”

Yevtushenko was born deep in Siberia in the town of Zima, a name that translates to winter. He rose to prominence during Nikita Khrushchev’s rule.

Yevtushenko was invited to teach at the University of Tulsa in 1992.

Roger Blais, the provost at the University of Tulsa, said that Yevtushenko remained an active professor at the time of his death.

Yevtushenko’s son said his father was proud of the high regard in which he was held in his homeland.

“He was also proud of being a global citizen,” he said. “There’s more that unites us than there is that divides us.”