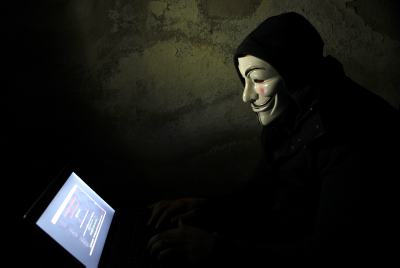 About half of Israeli organizations will be taking special precautions over the possibility of a major cyberattack this Friday, April 7th – which has become known as OpIsrael Day. Computer hacking group Anonymous – or those who purport to be speaking in its name – conduct cyber attacks against Israeli organizations at a much more intense pace than is usual, hoping to slow or even halt Israel’s computing infrastructure.

In the past, April 7th has seen a huge uptick in computer traffic to Israeli servers, as hackers – mostly Arab – attempt to choke Israel’s computer system with denial of service attacks. They have not succeeded in previous attacks, although some users reported that it took longer to connect to banking and government sites than usual. The fact that this year’s OpIsrael is set for Friday – a day that many Israeli organizations do not do business, especially this year, as most organizations will be closing for Pesach, which begins three days later – means, according to many computing experts, that this year’s attacks will have little impact.