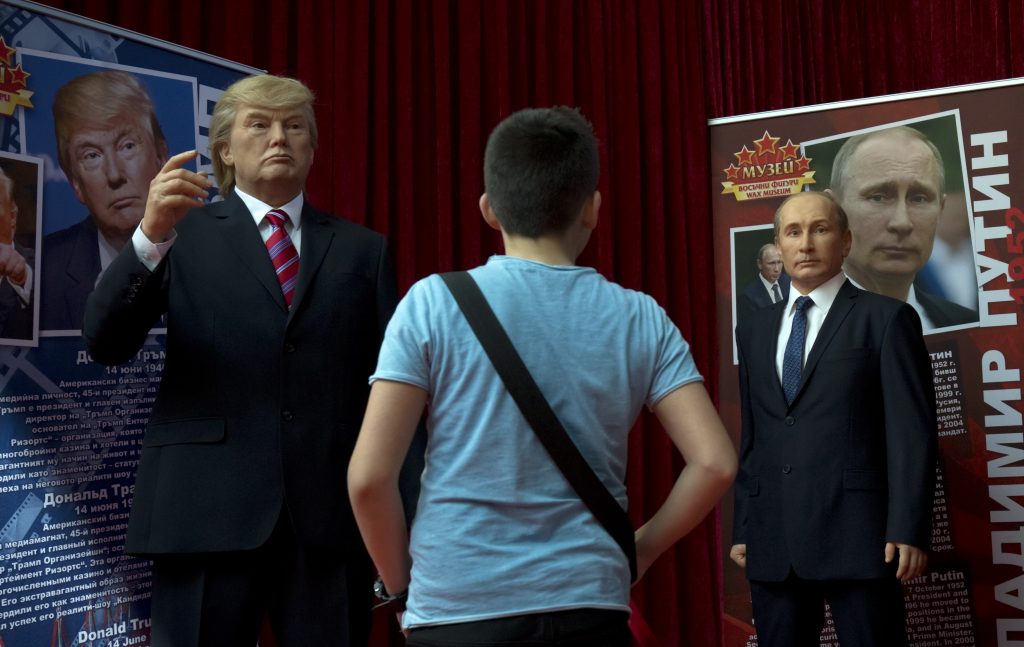 Nikki Haley, the U.S. ambassador to the United Nations, says there’s no question that Russia was involved in the U.S. presidential election and insists President Donald Trump would fully support strong action against the Kremlin once investigations are complete.

Speaking in interviews broadcast Sunday, Haley contended there is no contradiction between her tough stance and Trump’s repeated public statements seeking to minimize Russia’s role. She said Trump “has not once” told her to stop “beating up on Russia.”

She joins Defense Secretary James Mattis as Trump administration officials who have forcefully called out Russia for its actions during the 2016 U.S. campaign.

“We don’t want any country involved in our elections, ever,” Haley said. “We need to be very strong on that.”

Russian President Vladimir Putin has denied his country meddled in the 2016 contest between Trump and Democrat Hillary Clinton. While Trump himself has said that he believes Russian operatives hacked Democratic Party emails during the election, he has repeatedly lambasted as “fake news” any suggestion that he or his staff had connections to Russia.

Trump continued his attacks over the weekend, tweeting: “It is the same Fake News Media that said there is ‘no path to victory for Trump’ that is now pushing the phony Russia story. A total scam!”

He added on Sunday: “The real story turns out to be SURVEILLANCE and LEAKING! Find the leakers.”

U.S. intelligence agencies report that Russia tried to help Trump’s campaign effort. The FBI as well as congressional committees are investigating whether the Russian government coordinated with Trump associates during the campaign. The White House is also trying to quell a firestorm over its behind-the-scenes role in helping the Republican chairman of the House intelligence committee, Rep. Devin Nunes, view secret intelligence reports that he says pointed to inappropriate leaking.

Rep. Adam Schiff, the top Democrat on the panel, went to the White House on Friday to view materials that he said were “precisely the same.” He declined on Sunday to describe the contents, but criticized the unorthodox disclosure to Nunes, suggesting that the material was more likely an “effort to deflect attention” and “create a cloud through which the public cannot see.”

“Whenever they see the president use the word ‘fake,’ it should set off alarm bells,” Schiff said. “I think that’s really what is going on here.”

Trump as president persuaded Haley to leave the governorship of South Carolina to represent the U.S. at the United Nations. She said she was “beating up on Russia” over issues such as its actions in Crimea and its dispute with Ukraine.

When asked if she believes Trump should publicly take a harder stance on Russia, she said: “Of course, he’s got a lot of things he’s doing.”

Sen. John McCain, R-Ariz., who chairs the Armed Services Committee, said it was indisputable that Russia attempted to influence the U.S. election, reiterating his call for a special select committee.

But Senate Majority Leader Mitch McConnell said he didn’t think another review was necessary, citing the bipartisan work from the Senate Intelligence Committee.

“I think they clearly laid out that they’re going wherever the facts take them,” McConnell said, referring to Republican chairman Richard Burr of North Carolina and Mark Warner of Virginia, the top Democrat on the panel. “We don’t need yet another investigation. We know the FBI is looking at it from their perspective.”

Dmitry Peskov, Putin’s press secretary, said Russia was not worried about what any U.S. investigation might reveal. “We insist that any blaming that Russia could have been interfering in domestic affairs of the United States is slander,” he said.

On other topics, Haley said the U.S. is also pressing China to take a firmer stand regarding North Korea’s nuclear program. Trump is scheduled to meet later this week with Chinese President Xi Jinping over a range of issues. While China provides diplomatic and economic support to its neighbor, it claims that its influence over Kim Jong Un’s government is limited.

“They need to show us how concerned they are,” Haley said. “They need to put pressure on North Korea. The only country that can stop North Korea is China, and they know that.”

Asked what the U.S. would do if China doesn’t cooperate, Haley said: “China has to cooperate.”

Former Defense Secretary Ash Carter, however, said he doubted that Beijing will cooperate.

“I’ve been working on the North Korea problem since 1994,” he said. “And we have consistently asked Chinese leaders … because they uniquely have the historical and the economic relationship with North Korea to make a difference.

“They haven’t used that influence, and so it’s hard for me to be optimistic with that,” he said.

Haley, Peskov, McCain and Carter appeared on ABC. Haley also was on CBS, Schiff spoke on CNN, and McConnell appeared on Fox News and NBC.