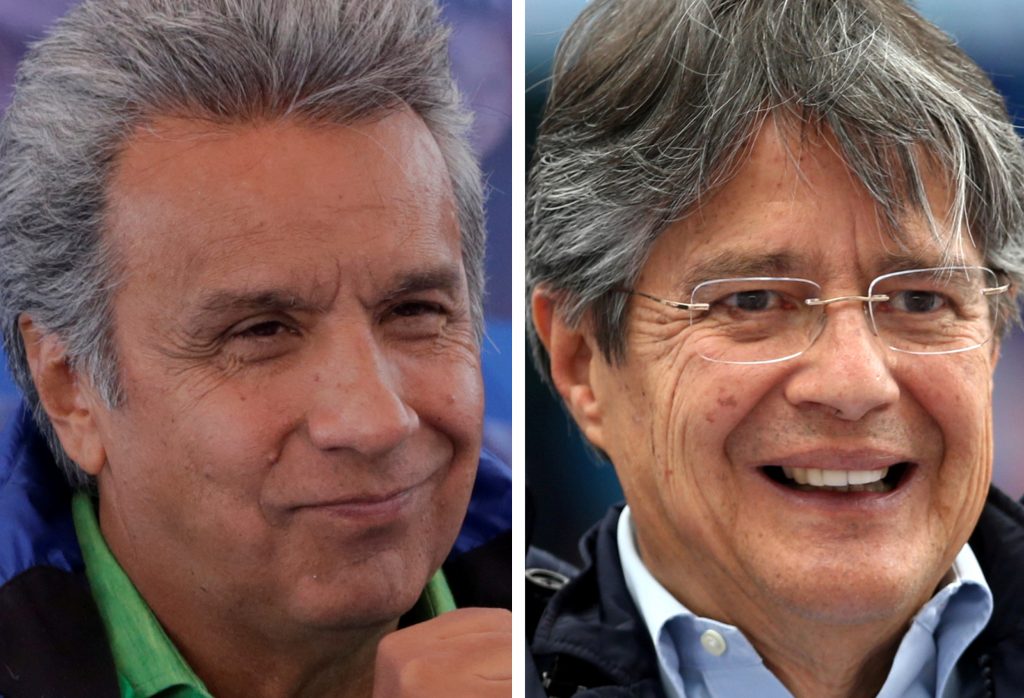 A leftist ally of President Rafael Correa and a former banker were neck and neck in Ecuador’s presidential election on Sunday, with two exit polls projecting different winners.

Final results could take days, the electoral council has warned, in a race that could extend a decade of leftist rule or usher in more business-friendly policies in the oil-rich Andean country.

A separate exit poll by Perfiles de Opinion showed Moreno with 52.2 percent of the vote versus 47.8 percent for Lasso.

Both candidates were already celebrating.

“Today a new Ecuador is born, the Ecuador of democracy, the Ecuador of freedom,” Mr. Lasso told a crowd chanting: “Lasso President!” in his sweltering coastal hometown, Guayaquil.

Mr. Moreno told supporters in Quito: “We have a very trustworthy lead,” and urged Ecuadoreans to await final results.

South America is watching closely to see if Ecuador will follow Argentina, Brazil and Peru in shifting to the right as a commodities boom ended.