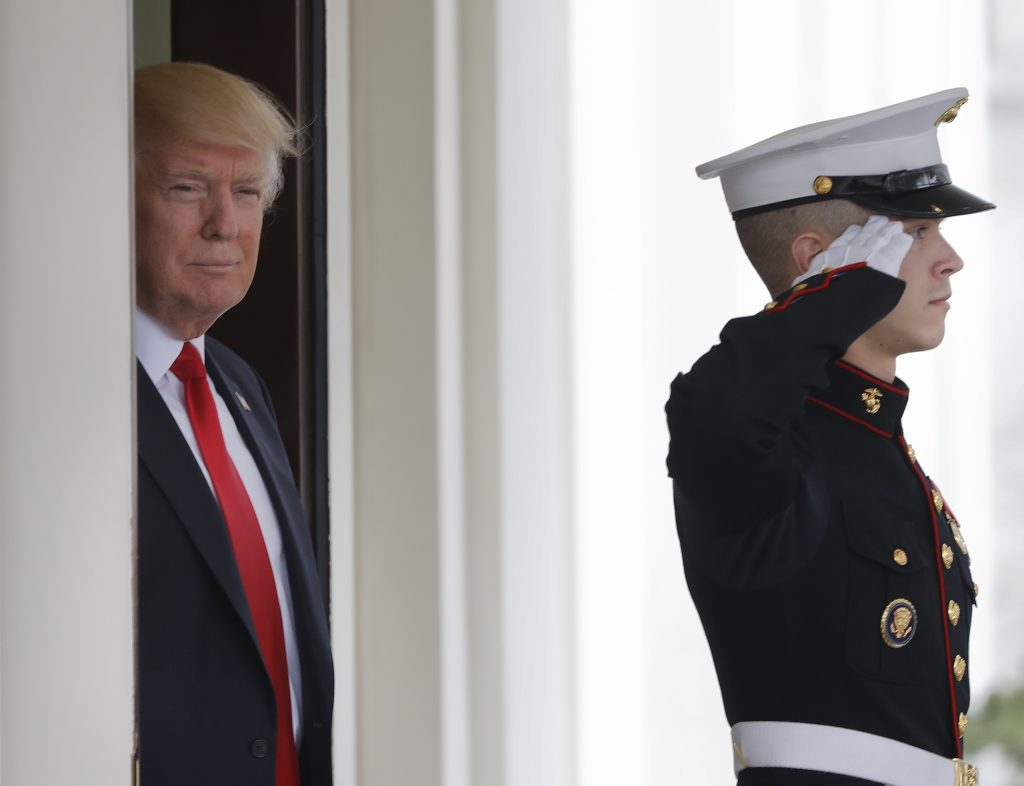 U.S. President Donald Trump will sign executive orders on Friday aimed at identifying abuses that are causing massive U.S. trade deficits and clamping down on nonpayment of antidumping and antisubsidy duties on imports, his top trade officials said.

The orders come as President Trump prepares for his first face-to-face meeting with Chinese President Xi next week in Florida, where trade issues promise to be a major source of tension. China was the biggest contributor to the $734 billion U.S. goods trade deficit last year, and the meeting “will be a very difficult one” President Trump said in a tweet.

The directives allow President Trump to focus on meeting his campaign promises to combat the flow of unfairly traded imports into the United States just a week after his pledge to repeal and replace Obamacare imploded in Congress.

Commerce Secretary Wilbur Ross told reporters that one of the orders directs his department and the U.S. Trade Representative to conduct a major review of the causes of U.S. trade deficits. These include trade abuses such as dumping of goods below costs and unfair subsidies, “nonreciprocal” trade practices by other countries and currencies that are “misaligned.”

Sec. Ross took pains to say that currency misalignment was not the same as manipulation, and only the U.S. Treasury could define currency manipulation. But he said in some cases, currencies can become misaligned from their traditional valuations unintentionally, citing the Mexican peso’s sharp decline late last year after President Trump’s election.

Chinese Vice Foreign Minister Zheng Zeguang on Friday acknowledged there was a trade imbalance, but said it was mostly due to differences in the two countries’ economic structures and noted that China had a trade deficit in services.

“China does not deliberately seek a trade surplus. We also have no intention of carrying out competitive currency devaluation to stimulate exports. This is not our policy,” Zheng told a briefing about the Xi-Trump meeting.

The study also will examine World Trade Organization rules that Sec.Ross said do not treat countries equally, such as on taxation. The United States has long complained that WTO rules allow exports to be exempt from value-added taxes, but do not allow export exemptions from the U.S. corporate income tax.

The study also will examine the effects of trade deals that have failed to produced forecast benefits, Sec. Ross said.

The aim was to complete the study and report the findings to President Trump in 90 days – a time frame that coincides with the expected start of negotiations to revamp the U.S.-Canada-Mexico North American Free Trade Agreement.

The study’s findings will underpin the Trump administration’s future trade policy decisions, Sec. Ross said, and will be the first “systematic analysis” of the trade deficit’s causes, “country-by-country, product-by-product.”

Sec. Ross has promised tougher enforcement of U.S. trade laws and more antidumping and antisubsidy cases initiated by the Commerce Department, rather than relying on companies to claim injuries from imports.

He said the study would focus on those countries that have chronic goods trade surpluses with the United States.

China tops the list, with a $347 billion surplus last year, followed by Japan, with a $69 billion surplus, Germany at $65 billion, Mexico at $63 billion, Ireland at $36 billion and Vietnam at $32 billion.

The second trade order to be signed by Trump is aimed at halting the nonpayment and undercollection of antidumping and antisubsidy duties the United States slaps on many foreign goods.

White House National Trade Council Director Peter Navarro said some $2.8 billion in such duties went uncollected between 2001 and the end of 2016 from companies in some 40 countries.

Director Navarro, a harsh critic of China’s trade practices, insisted that the orders were not aimed at sending a message ahead of Xi’s visit.