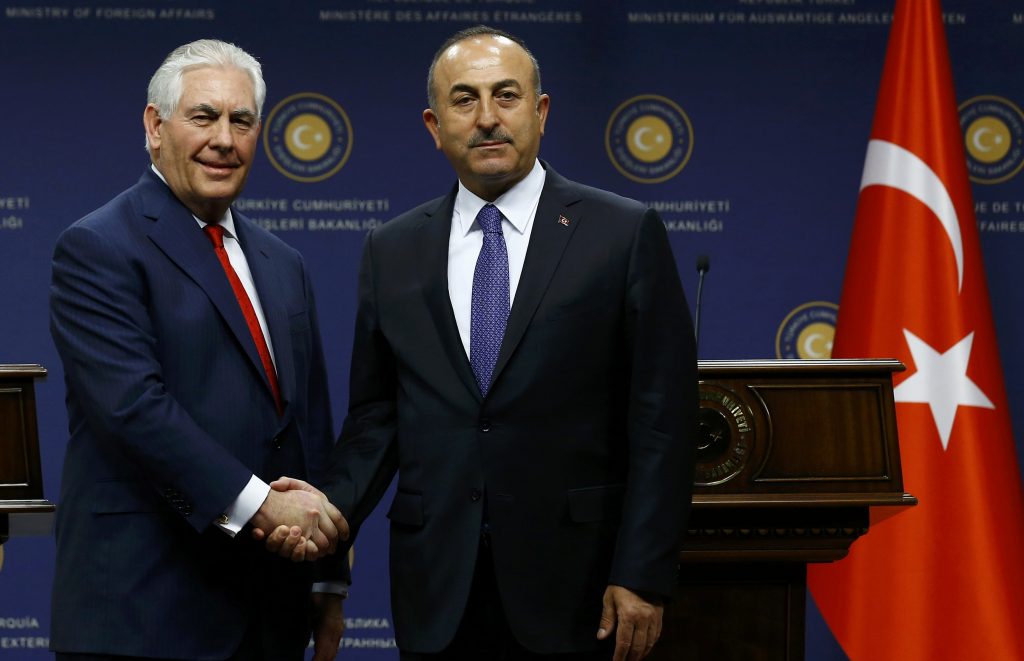 U.S. Secretary of State Rex Tillerson acknowledged on Thursday that Washington faced difficult choices in the fight against Islamic State in Syria but sought to downplay differences with NATO ally Turkey over support for Kurdish militia fighters.

Speaking after meetings in Ankara with Turkish President Tayyip Erdogan and senior government ministers, Tillerson said there was “no space” between Turkey and the United States in their determination to defeat Islamic State.

Erdogan and his government have been incensed by U.S. support for the Syrian Kurdish YPG militia, seen by the Pentagon as a reliable partner but by Turkey as a hostile force with deep links to Kurdish PKK militants who have waged a three-decade insurgency against the Turkish state.

“What we discussed today are options that are available to us. They are difficult options. Let me be very frank, it’s not easy, they are difficult choices that have to be made,” Tillerson told a joint news conference with Turkish Foreign Minister Mevlut Cavusoglu.

Cavusoglu said the U.S. government accepted that there was no difference between the YPG militia and the PKK. Tillerson condemned recent PKK attacks in Turkey but made no such acknowledgement.

He said his talks in Ankara had focused on the creation of “stabilization zones” in Syria so refugees could return home and that a number of options on how to secure such areas were being explored.

Turkey, sheltering more than 2 million Syrians, has long called for such safe areas but the idea has gained little traction among Western allies who question how such zones can be carved out without a significant foreign military presence.