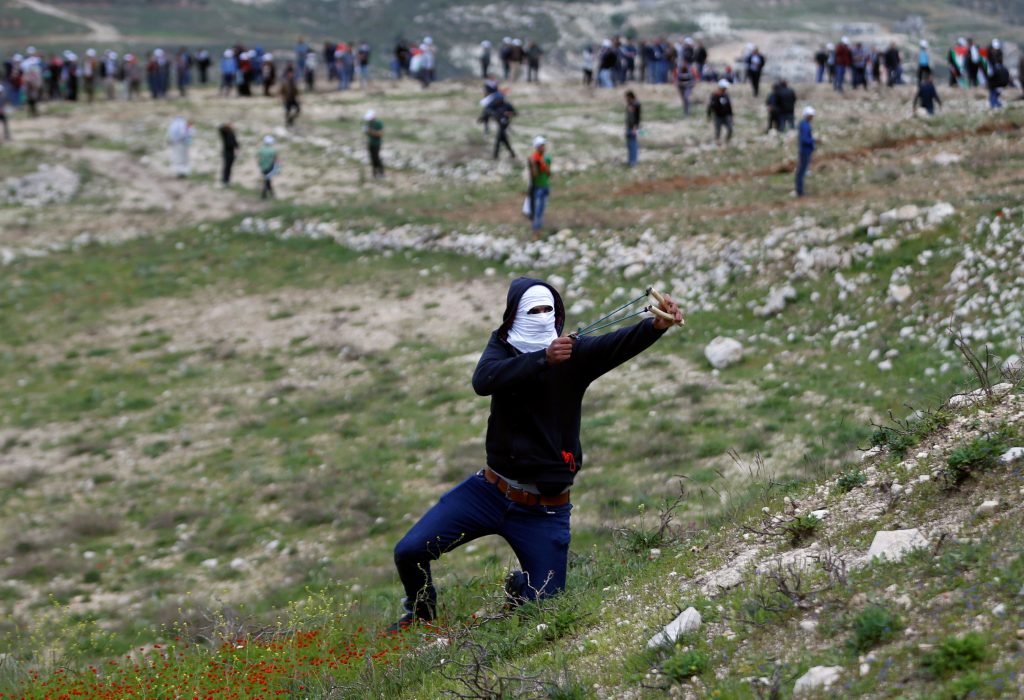 The annual Arab protests known as Land Day again ended in violence as Palestinians clashed with IDF forces in Yehudah and Shomron on Thursday, The Times of Israel reported.

When demonstrators threw rocks at security forces, non-lethal ammunition, along with tear gas, were used to disperse the “violent demonstration,” according to an IDF spokesperson, but no figures were given as to injuries.

The Red Crescent ambulance service said 45 Palestinians were injured by rubber bullets during the protest between the Palestinian village of Madama and the Jewish community of Yitzhar, south of Shechem.

B’chasdei shamayim, no injuries were reported among Israeli soldiers.

There was also violence on Thursday afternoon in Beit Jala, outside Beit Lechem, where dozens of Palestinians marched on the security barrier. They burned a tire and hit the fence with a piece of metal, before Israeli police dispersed the crowd with tear gas.