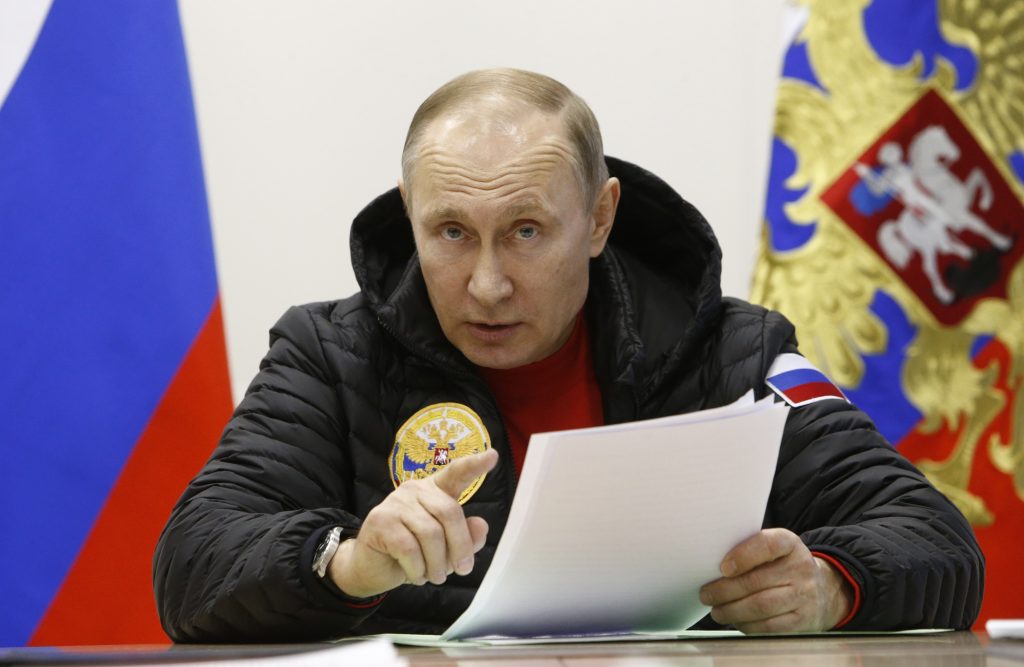 In the wake of Russia’s largest outbreak of anti-government demonstrations in years, President Vladimir Putin on Thursday indicated authorities won’t be cowed by protesters or Western criticism.

Police arrested hundreds of people Sunday in scores of unsanctioned protest rallies against government corruption that took place across the country, a striking wave of defiance by an opposition that in recent years had appeared marginal and feckless.

The unexpected size and scope of the protests raised questions about Kremlin strategy —whether it would try to address the protesters’ issues or try to undermine or overtly suppress the opposition.

“Everybody should act in political processes within the framework of the law. All those who go outside this law should bear punishment in accordance with Russian law,” Putin said at a forum of Arctic region leaders in Arkhangelsk. They were his first public comments on the protests.

The emphasis on law is foreboding to the opposition. Authorities routinely deny permission for protest gatherings or allow them to be held only in remote locations. After the last large wave of protests hit Russia in 2011-12, punishment for taking part in unsanctioned gatherings was harshened to up to five years in prison.

Many Western countries have condemned the arrests and called for the release of those sentenced to jail, including opposition leader Alexei Navalny, Putin’s most prominent foe.

“We consider appeals of this sort to be purely politicized questions with the goal of putting some kind of pressure on the internal political life of the country,” Putin said.